Vibhav Kapoor says that Akanksha has refused to work in the project, he exclaims how can she do it, he has done a lot so that she can work but in the end Manav did not allow her so she refused, Vibhav exclaims he has made a lot of traps for Manav but he is not able to be trapped in anyone of them and for the bungalow because of which he was even able to accept the bribe but now when that it is being sold he is still not ready to accept anything else, Vibhav questions what sort of a person is that Manav.

Yatharth is blowing the balloons with Vinay when he asks Akanksha where he should place them, she says he should throw them in the dustbin because till the time his father is with them, they cannot be able to move ahead in their life, so this year is also going to be the same miserable year as always without anything new in their life, Yatho questions why she is talking like this, but Akanksha leaves with a smile.

Akanksha receives a call from maya mam, she wonders what would she tell her since she doesnot know anything, Maya at once starts scolding Akanksha questioning why did she refuse this opportunity because so many people are ready to grasp such an offer, this industry is filled with such people who are ready to lose everything for a chance to work in such a project, Akanksha trying to clarify herself explains that Manav is not allowing her, Maya getting furious exclaims she is herself living with such a person who cannot see her be more successful then him and it is because of his stupid insecurities that he is not allowing her to work, Akanksha replies that she already knows this all so Maya mam must not hurt her feelings even more as she is feeling embarrassed. Maya mentions he is in front of her ruining her entire career and she is not able to do anything, she says that if she doesnot start taking her decisions by herself then would always remain middle class, Akanksha starts crying when Yatho and Vinay are standing behind her, Yatharth tries to go to her but Vinay stopping him explains that when he used to go to his mother she would always say that he should leave since she would get fine by herself, Vinay explains that whenever his parents would fight then it caused their divorce, Akanksha goes to open the door where Khushal jee is standing, he explains that there is a new years party in the society so he desires to invite a celebrity, Akanksha questions if he wants her to come and invite some celebrity when Khushal jee shows the photo which is of Akanksha, he explains that she is the celebrity, Yatharth and Vinay also request her so she is forced to accept it.

Akanksha walks in the party while Khushal jee exclaims that this party is going to be more special when they have the celebrity from their own society, he invites Akanksha to come on the stage since she belongs on the stage, Akanksha while walking is thinking about the previous time when she was crowned as Miss Indore and used to receive such praise from everyone.

Manav walks out of the car with Aansh, he is glad that Manav was able to secure his files in the locker but Manav replies that his condition is still the same since he saw Ibrahim near his society who works for Pathan, so he must do something to solve this problem, Manav explains that in the morning Akanksha brought the cheque worth fifteen lacs which was given her as the advance of the role from Vibhav Kapoor and the final payment is of five million, Aansh is shocked to hear this so questions what did he do when Manav explains that he refused to accept the payment.

Manav and Aansh reach the party where Akanksha is sitting on the stage, Aansh leaves after getting a call so Manav while standing is constantly thinking about that Altaf might take the bungalow from them so he would not be able to save the dream of his wife, the entire society is enjoying when Manav falls on the ground after passing out.

Akanksha is in the hospital with Aansh and Rhea, the nurse leaves when Akanksha questions what is going on however Aansh tries to stop Rhea but she forces him asking if he doesnot consider Akanksha to be his friend, Aansh is forced to reveal the entire truth when hearing it Akanksha gets really tensed explaining that Manav is ready to accept money from such low life goons but doesnot want to accept the offer of Vibhav Kapoor, Rhea also standing questions why is Manav not understanding the fact that Akanksha might make the dream of her life come true but what is the problem of Manav, Aansh explains that he doesnot have any problem but just that he does each and everything with a clear mindset but if he doesnot want her to work with Vibhav then there would be a reason, Rhea questions what could be the reason besides the fact that he is insecure however Aansh exclaims she should not talk in matter which she knows nothing about, she however leaves in anger saying he is also becoming like a typical husband when Aansh is forced to go after her, Akanksha thinks that she knows what she needs to do now.

Akanksha is with Vibhav Kapoor saying that she needs the money, Vibhav after handing her the amount questions how did she change her mind, Akanksha explains this is her decision and she would now take each and every decision relating to her profession by herself, Vibhav exclaims this is the right attitude as there are some men in the world who are forced to bar their partners because of their self-ego, he exclaims he was never like that as Niharika was far better in doing business then him but he felt proud of that fact, she must be careful of Manav, Akanksha is about to leave when he questions if everything is fine since he heard that the Bungalow is on sale, Akanksha replies that nothing is fine but she will make sure it is because of this money, Vibhav mentions that this is her hard earned money and she deserves each and every penny.

Manav regains consciousness when he is surrounded by Karan, Bubli and Rhea, he after sitting up questions where Akanksha is, Rhea mentions that she has gone with Aansh, Manav getting worried questions where did she go so late at night.

Precap: Akanksha giving Altaf the fifteen lacs says that this is the total amount and now he must stop teasing Manav. Akanksha reaches the hospital when he questions where she went, she replies that she went to give Pathan his loan amount, Manav questions how did she get so much money, she replies that she has signed the contract of Vibhav, Manav gets stunned hearing this. 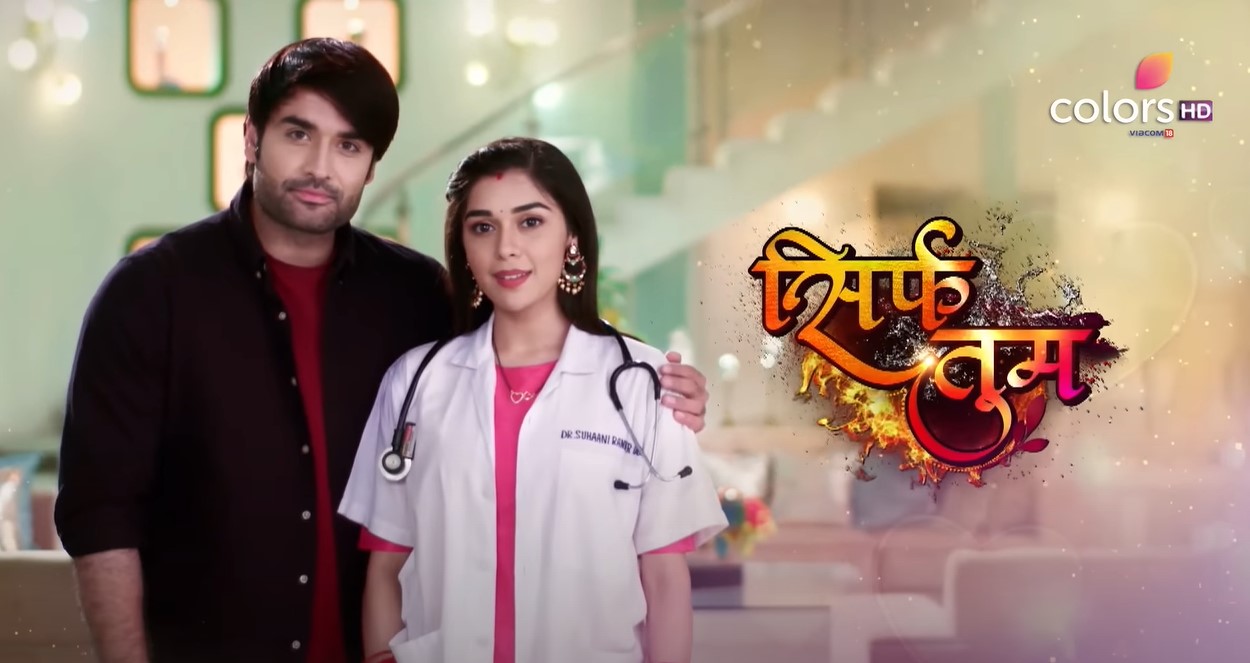 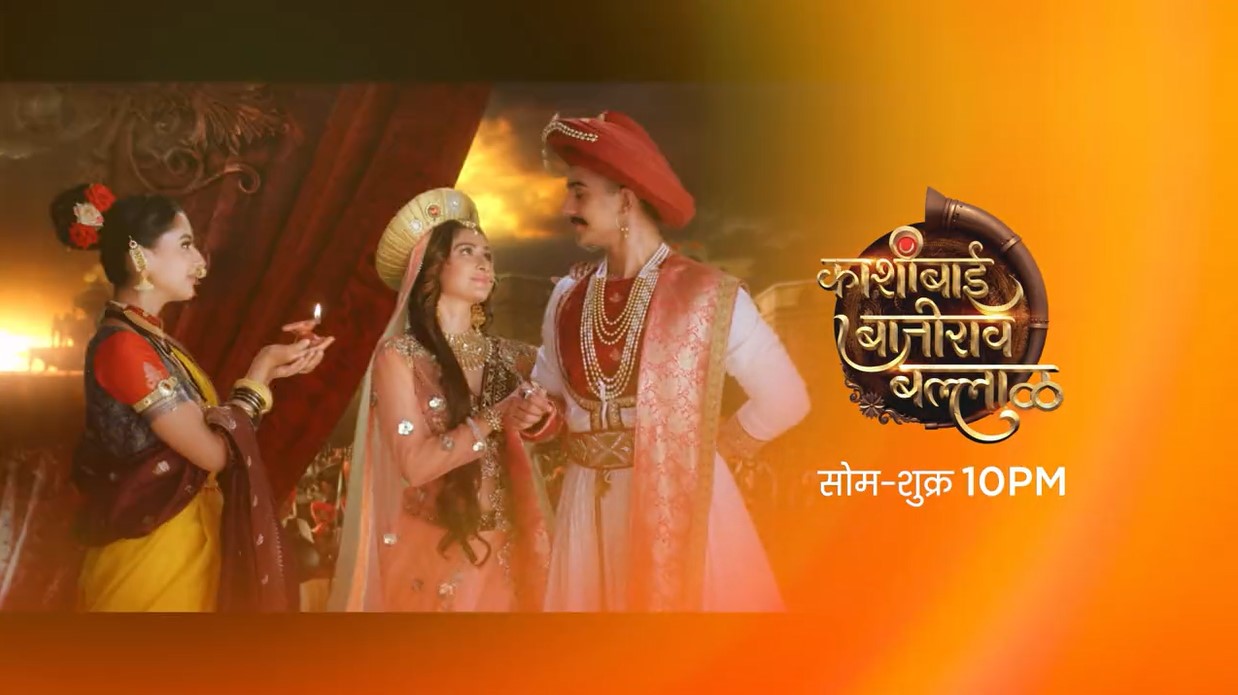