Anuj stops his car seeing Anupama walking on street. He gets out of car nervously thinks she must have found his confession by now. Anu reminisces Anu confessing his love for her. Anuj thinks seeing her calm, it doesn’t seem she knows about it, sorry he will say something which will break her heart. At Shah house, Baa while drawing rangoli wishes shubh diwali to Bapuji. Bapuji says shubh/happy is incomplete and laabh/profit cannot happen without shubh. Anuj tells Anu that he was going to her house. She says even she was going to his house to ask something. He nervously asks what she wants to ask. She says he loves her since 26 years. He says yes and apologizes for messing up her life, he wanted to sort out issues, she should forget it. She says how can she forget in 26 hours when he couldn’t in 26 years. Bapuji asks Samar if something happened at home in his absence as Vanraj left home on Diwali and nobody is answering him properly. Samar says he will make a call to mummy and walks away. Toshu warns him not to tell Bapuji anything. Samar asks if he fears that Bapuji will bless mummy and Anuj, he is a typical mean son of Mr Shah.

Anuj apologizes Anu again and says not informing her 26 years ago was his mistake and informing her family now is his biggest mistake, but loving her is not his mistake; he can be wrong but not his love. She asks if love is not wrong, then why is he lowering his eyes. He looks into her eyes and says Anuj loves Anupama since 26 years and will continue till he is alive. Anu says thank you for loving her immensely; she heard his and Vanraj’s conversation last night. Samar calls Anu and when she doesn’t pick call thinks she must have gone to meet Anuj. He prays Kanhaji to protect Anu and Anuj’s friendship. Anu says she got an electric shock sometime ago, but yesterday shock was bigger than that; she was confused whether to get angry or feel ashamed of herself, but when Samar explained her, she understood. She asks how can anyone love anyone for 26 years without seeing or meeting her; even her love was one-sided, but she got relationships and love in exchange; how can he love her so immensely without expecting anything; she was okay in college, but now she is old with 3 children’s mother and 2 MIL’s DIL while he is still fit; she was think what kind of love it is that it couldn’t be defeated by time or situations; she heard a song in childhood that their love is like clouds, thunderstorm, water; his love is divine like Meera ji loved Kanhaji; thank you for loving her and respecting her so much; she knows she doesn’t deserve it and its his greatness to continue to love her for 26 years; his love is like a prayer, but she cannot love him in return and give him only friendship in return and should not hope anything. He says he left hope when he saw her as Vanraj’s wife. 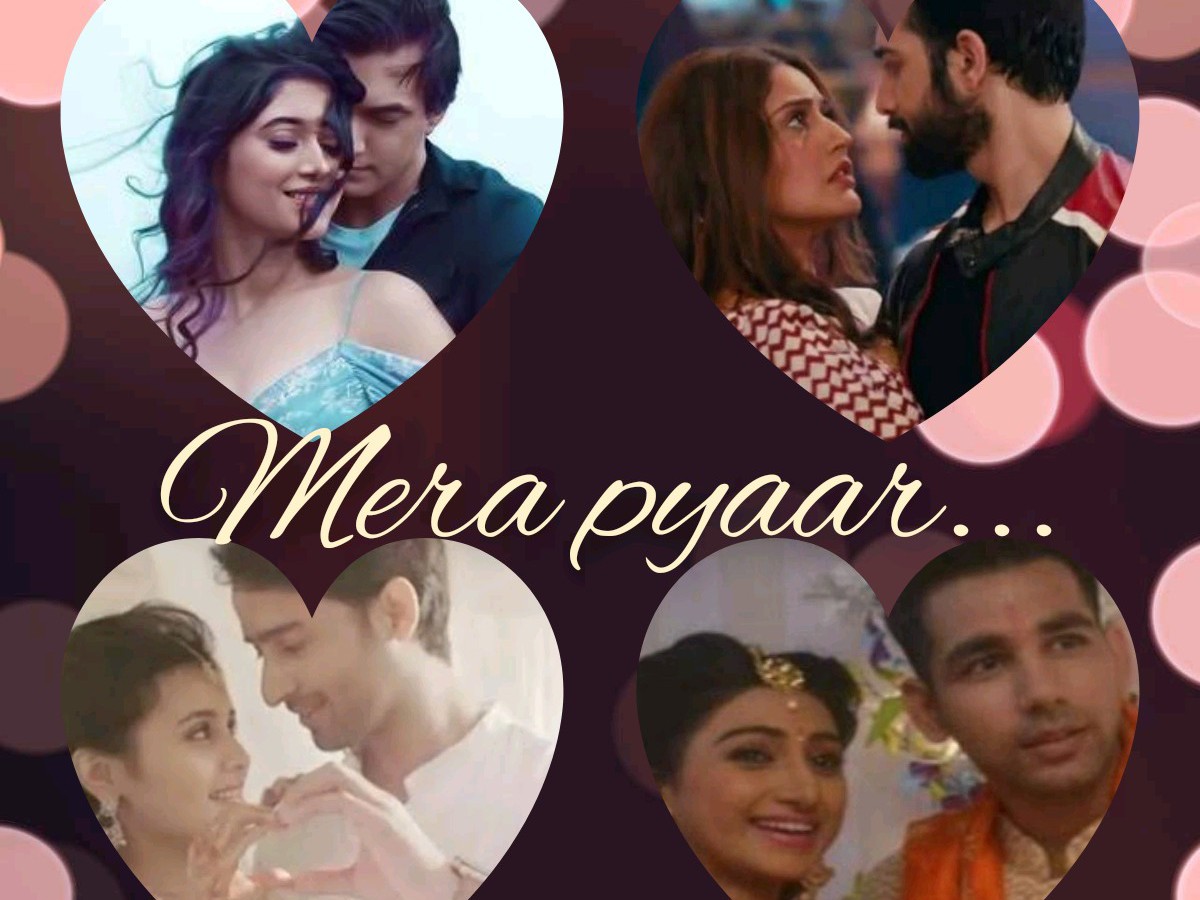