scene 1
Supreet asks Ginni where is Prasad? Ginni says Adi took prasad, I told him to give it to Darji first but he did not listen. I will get more Prasad, Supreet’s approval and leaves from there.

Adi gives prasad to Darji, he eats it and says it is very tasty. Adi says I don’t believe in this marriage so why do all these rituals? Darji says do you know why it is delicious? Because he made it and you delivered it. Ginni comes there and tries to talk to Adi.

Sharja shows the pregnancy report to the family. Adi comes there so Sam says that Sharja found them before I could stop him. She feels like vomiting and leaves from there. Adi tells Sharja that this is my personal matter. He takes report from Supreet, Amber shouts that this will spoil the name of our family and you think this is your personal matter? You always put us to shame but still we accepted you. Why didn’t you tell us about the pregnancy? Sam comes there and says we wanted to tell you but everything happened fast. I married Ginni’s brother just like Ginni married Adi, her brother destroyed my life and now Ginni is destroying Adi’s life. I am pregnant with Adi’s child and we hid it as it is our personal matter. Because of this pregnancy, Adi decided to marry me. Adi says you don’t need to justify anyone. Sam says they are my family members so they need to know the truth. I am the heir of this family so Ginni should be thrown out of the house. Ginni says what are you talking about? Amber says throw this cheap girl out of the house. Sharja catches him and drags him away, she throws him but Darji comes there and catches Ginni. Everybody sees. Darji yells at Sharja to stay within his limits, she is Adi’s wife and our daughter-in-law. Darji asks Sam to go to her room, he will talk to her later, she leaves. He also asks Ginni to leave. She left. Adi says I am sorry but it is true. Sharja says Adi did mistake but he did not cheat anyone. If he doesn’t break up with Ginny, it will be wrong with Sam. Amber says truth is that Ginni married her to save her brother but she is not fit to be our daughter-in-law. Supreet says it is not that easy, Adi and Ginni get married and media gets to know about it. They all think that Ginni is our bahu, we have to be careful and I told media that we will call them at the reception to pacify them. Sharja says what will we do about the child? Ginni comes there and says I know the truth, that child is not of Adi. Everyone is shocked. Adi asks what are you talking about? Ginni says I heard Sam talking on call and he says you are not father. Adi takes Ginni.

Adi tells Ginni to stop giving importance to herself, aren’t you feeling guilty for doing all this? Ginni says I am asking you to save yourself from Sam’s lie.

Darji is tensed and says I don’t know what to do. Sharja says we can’t find the truth until the child is born. Supreet says we cannot let her out of the house till the truth comes out. If we throw Ginni out of the house, the media will report that we have thrown our daughter-in-law out of the house. If we annoy Sam she can go to the police to complain about us. We have to save our honor first.

Adi tells Ginni that I told you the truth but you have no mercy on women? Ginni says I heard Sam talking to someone and says you are not father. Adi says you made this story to make Sam look bad and you will become hero? I will never forgive you for what you have done. Ginni says I will not lie. Adi asks him to stop it. I never liked you but I respected your freedom, I didn’t know you would be a cheater and a liar, there he goes. Ginni is hurt and crying.

PRECAP – Adi has set fire and his hand is about to burn but Ginni comes there and holds his hand back. Adi says leave me alone. Ginni says Sam is fooling you, just think why will I go against Sam? Adi says why should I trust you? 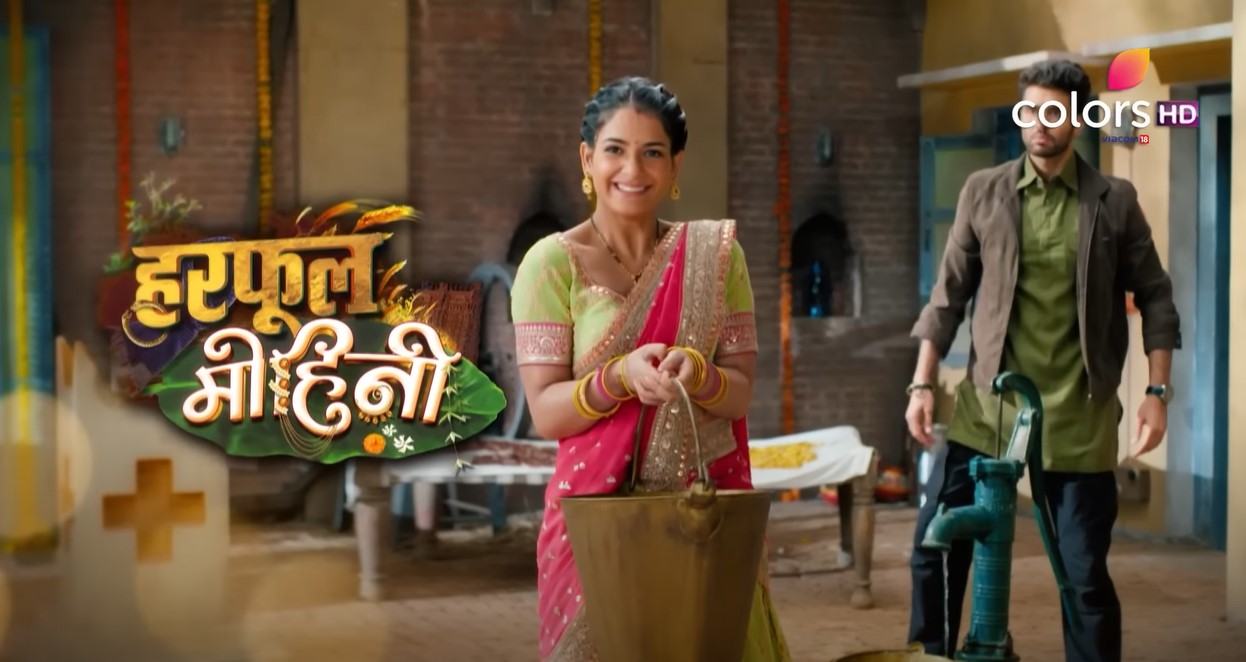