Swara warns Baa to stop accusing her of show off as she working hard since morning and she cannot forgo her 99 good deeds for 1 bad one Baa says she thought Swara has really changed, but she has not; she acted as taking up more responsibility and didn’t fulfill it. Swara warns her to stop her drama. Baa says god punished her with 2 bad bahus, even now god has given strength in her old knees to finish her task alone. Gehna rushes to her and requests her to let her prepare prasad. Swara claps and says saas bahu were acting as enemies and not showing their over concern for each other. She acts as setting off fire to her sari pallu and commit suicide. Gehna tries to stop her. She pushes Gehna away. Pankaj (who must be waiting at the door) rushes to her, tears and throws away burnt sari piece, and asks if she is fine. Swara hugs Pankaj and cries. Baa warns her to stop her drama. Pankaj says Swara was about to die and Baa says its a drama. Swara says its not Baa’s mistake; she had given her a task of preparing prasad, so she is working hard cutting vegetables with blistered hands and after getting tired, she ordered food from outside, but Baa tongue lashed and accused her; she is tired of Baa humiliating her often.

Whole family rushes to kitchen. Bapuji asks what is happening. Pankaj says he is tired of Baa humiliating Swara repeatedly and not giving him respect as an elder son and insists Baa to apologize Swara. Gehna says this is wrong. Pankaj warns her not to interfere. Bapuji reminds him Baa’s sacrifices. Pankaj says when Baa can criticize and punish others, why can’t she apologize to herself. Gehna warns him to stop insulting Baa. Pankaj whisks Baa and insists her to apologize Swara or else he will leave house with his wife. Baa stands shattered. Gehna pushes Pankaj away. Swara yells at Gehna to dare not push her husband and threatens to not spare any who will insult her husband. Kusum returns and slaps Swara and scolds her saying she is part of this family and should obey Baa whom the whole family obeys and should follow family rules patiently. Baa walks away from there. Anant confronts Pankaj next, and Pankaj physically fights with him. Chetan confronts him next asking why is he interfering in kitchen politics. Pankaj fights even with him.

Back to room, Pankaj feels guilty for insulting Baa and packs his bag. Swara noticing that emotionally blackmails him and says she will apologize Baa if he wants to. He stops her and asks her to shift to his room from today. Gehna hears their conversation. Hema meets Kanak and informs him about Swara’s drama. Kanak says Gehna was too overconfident about her sister and didn’t want to get her out of jail, but now will repent for her decision. She also informs that Sagar gave evidence in her favor, so she will be out of jail soon. She further determines to punish Swara and Gehna.

Swara walks to Gehna’s room to taunt her. Gehna gives her jewelry and money and asks her to stop her evil plan and dare not to try to break their family. Swara says she will use her puppet husband to break this family and rule over it and walks away taunting her. After sometime, Anant sees Gehna sees plucking weeds out in garden and asks what is she doing. She says if they don’t weed out garden, whole garden will spoil, similarly she has to weed out Swara from her family or else Swara will destroy her whole family.

Precap: Pandit ji visits Desai family.
Swara welcomes him and tries to wash his feet. Panditji asks where is Gehna who used to wash his feet and informs that he sees an upcoming trouble on this family. 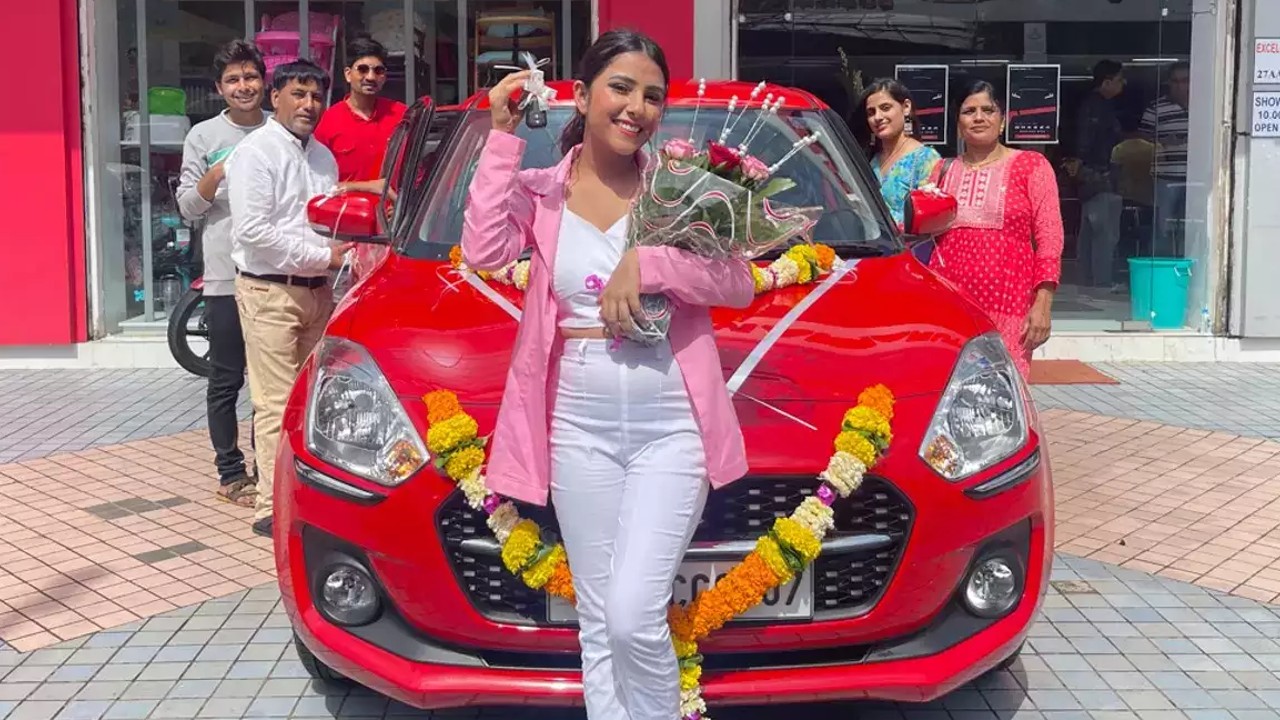