Episode starts with Bebe seeing Arjun and says you are the same person. She blesses him. Ajit says that he made Swaran a VIP in Aarav’s school. Thank you babe for the big favor. Arjun says you both have done a lot for me. Bebe stops Ajit and asks him to talk to Arjun. She says Swarna said you are a rich man. Arjun speaks sweetly. Nakul finds Nimmo’s bag and asks him to leave. He says when my mother is not here, why is your mother here, ask her to go. Nimmo says I am also like your mother. He says please, you have a house, you should go. Kiran asks Nimmo to leave. Nimo leaves in anger.

Bebe brings water for Arjun. Ajit says I had to talk to you. Arjun says finally, you want to tell about the matter you were going to say in car. Ajit says that the court case is going on. The golden scarf got burnt. Ajit says this is my land, that man wants my land, he is rich, I need some help. Arjun sees the fire and shouts no. He runs and pulls the golden dupatta to douse the fire. Ajit holds the aarti plate falling from her hand. They both ask him if he is fine. She says yes. Bebe asks what happened. She sees that Arjun’s hand is burnt. She asks how did it happen. Bebe says you will feel sad, thanks for saving Swarna’s life. Arjun says I just… Ajit saved Aarti’s plate, if Aarti’s plate falls then it is bad omen.

Swarna takes Arjuna along and pours water on his hands. Ajit is watching. Bebe praises Arjun. Arjun says we have become friends now, no favors. Swarna asks are you fine. He says yes. Nimmo and Kiran order things for Jhanki. Nimmo asks for money. She says I don’t live here, I will work and take money, make a cup of ginger tea for me, I will do decoration. Kiran gives money and leaves. Swarna says I forgot to make Prasad. Ajit says I got sweets for Prasad, wait. Arjun says I also got sweets, you can keep it too. Both give sweets. Swarna says we have got two sweet boxes now. She takes both the boxes. Kiran sees Jhanki and doesn’t like it. Aarav says you have corrected it wrongly. It all falls down. Kiran asks Nimmo to return the money. Nimmo says I have worked hard. Come on Nakul. Aarav says I will do, Swarna used to show me jhanki on video call every year, I remember everything. Nakul smiles and says I will help you. Gold holds sweets. Bebe takes sweets brought by Arjun. Swarna says I love boondi laddoos since childhood. Ajit thinks I know so I get it. She asks Arjun to take it, Ajit makes it really good. Arjuna says you should also eat. Ajit says that she will not eat until her grandson Aarav comes. Swarna says yes, he will feed me laddoos and then my fast will break. Aarav prepares the tableau and asks Nakul to take a picture of him. They go to meet Swarna. Nimmo asks Kiran to save Aarav from Swarna. She says gold should not be won. Bebe asks Arjun to call her Bebe and bless her. He says we became friends, we will keep on coming. Ajit also takes his blessings. Swarna asks Bebe to come and have food, Tanha’s show will start, Tanha is a good person, her words touch the heart. Arjun smiles hearing this. Ajit and Arjun leave. Bebe says Arjun and Rajeshwari are different. Kiran stops Nakul and Aarav. She argues with Nakul. 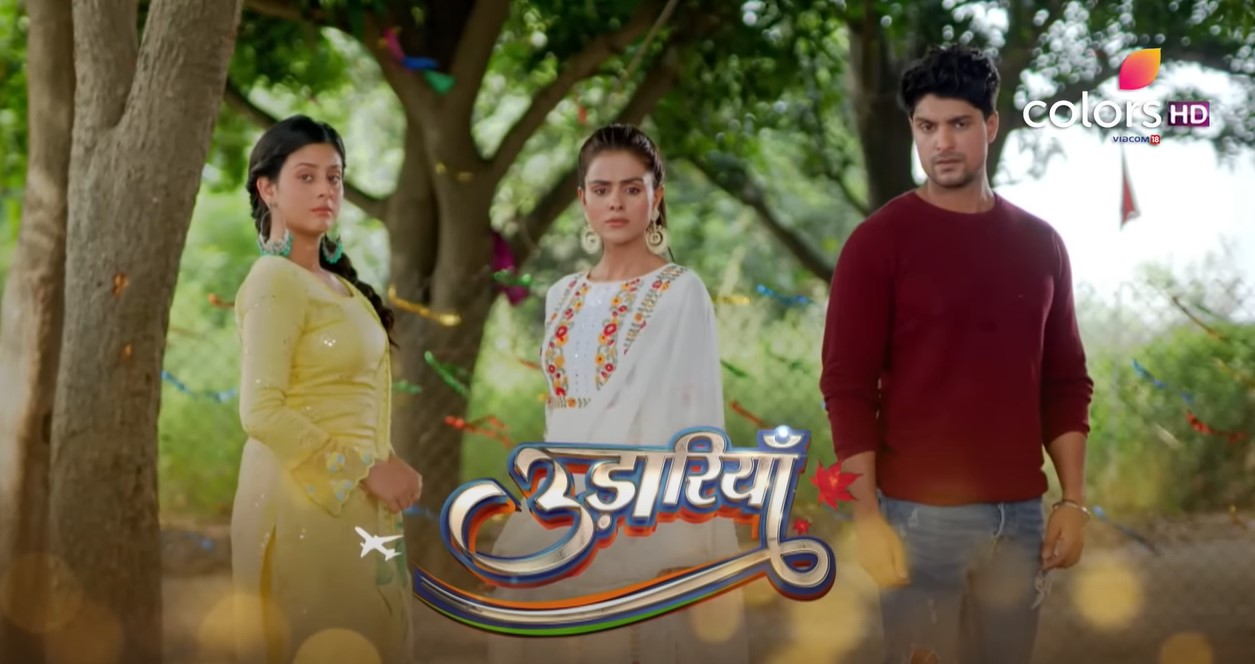