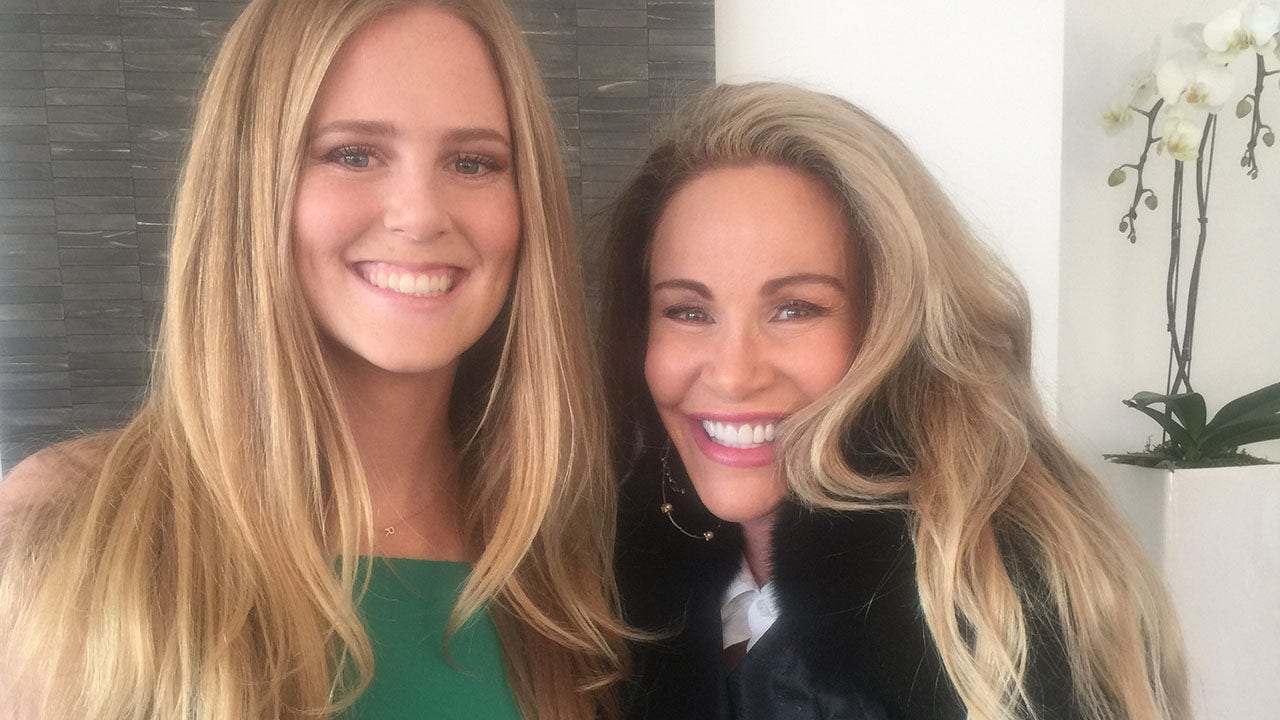 Wynter and Raine Finley are mourning the loss of their beloved mother.

Tawny Kitaen, the sultry video vixen who appeared in rock music videos during the heyday of MTV and starred opposite Tom Hanks in the 1984 comedy “Bachelor Party,” died in May at age 59.

“To be honest, I had a big sense of relief to know it was natural,” Wynter, 28, told Fox News. “But regardless of the outcome, at the end of the day, I don’t have a mom anymore. And that’s all I care about. But in a way, I am relieved that it was natural.”

TAWNY KITAEN’S BROTHER REACTS TO HER CAUSE, MANNER OF DEATH: ‘THERE’S A PEACEFUL CLOSURE’

“All Wynter and I care about is that she went peacefully,” Raine, 23, chimed. “When we got to the scene, the first responders told us, ‘There’s no foul play.’ She died peacefully in her bed. There was no struggle.”

Their uncle, Jordan Kitaen, previously told TMZ that his sibling was “devastated” by the death of their father, who died in April “after a long battle with skin cancer.” Jordan told the outlet he initially believed the patriarch’s passing was too much for his sister to bear. He described the two as having an “uncanny connection.”

A young Tawny Kitaen with her parents
(Courtesy of Wynter Finley)

“They were super close,” Wynter shared. “We used to always say they were kindred spirits. They had the same sense of humor. My mom had this amazing wit and she got that from our grandpa. I agree with my uncle. I think she did die of a broken heart.”

“I was actually with her,” she recalled. “My papa was on hospice. … We drove down together to San Diego say goodbye. And you could tell she was just so sad. My mom always had a lot to say and was always smiling. But she had nothing to say. She was clearly heartbroken.”

According to Wynter, once she learned of her mother’s heart failure, she researched the symptoms – and it all made sense.

“She was already experiencing it,” said Wynter. “You go through stages of getting a bloated stomach, feeling really lethargic and tired, having a cough. And she started showing those symptoms. But we didn’t think anything of it.”

“What I read about heart failure is, when you go through emotional distress, or stress of that kind, it could take it from one level to the next,” she shared. “After our papa passed away, I think she was just so heartbroken that it just sped up everything and it ultimately caused her heart to completely fail. Because she was very sad.”

Wynter revealed she still feels her mother’s presence. And there’s no doubt in her mind that Kitaen is with her father again.

“I’m very spiritual,” she explained. “Whenever I take pictures, I see two orbs. I sometimes see two butterflies flying together. I always believe that’s my grandpa and my mom together.”

The women described how painful the losses have been for them. Their mother died on May 7 and their grandfather’s funeral was on the 10th. For the service, they brought a photo of Kitaen with her father and placed it where she was supposed to be sitting alongside them that day.

“We’re still in shock,” Wynter admitted. “It’s been really tough. … Some days I’m good, but then little things will hit me and I’ll just be a puddle of tears.”

The girls described having wonderful memories of growing up with Tawny Kitaen.
(Courtesy of Raine Finley)

Their memories of Kitaen, although bittersweet, have comforted them during the past months. To the world, she was a rock pinup who famously performed cartwheels on the hood of a Jaguar in Whitesnake’s “Here I Go Again” music video. To others, she was Jerry Seinfeld’s TV girlfriend. But to Wynter and Raine, she was just mom.

TAWNY KITAEN’S BROTHER ENCOURAGED STAR TO STRENGTHEN HER FAITH BEFORE DEATH: ‘SHE WASN’T GREAT BY HERSELF’

“I was really young and I think Raine had just been born,” said Wynter. “We were just waiting to get seated for lunch. And I kid you not, every single person was just staring at my mom. I didn’t understand it. But my mom is like, ‘You know sweetie, your parents are famous. They know who I am.’ Of course, I was really embarrassed… but looking back, she had such a presence. It was always all eyes on her.”

The women also recalled how growing up, boys would remind them of their mother’s iconic status by blasting “Here I Go Again.”

Tawny Kitaen became the rock world’s “video vixen” after appearing on the cover of two albums from the heavy metal band Ratt and starring in several music videos for Whitesnake, including the 1987 smash song “Here I Go Again.” The video, played repeatedly on the burgeoning music television network, featured Kitaen performing cartwheels on the hood of a Jaguar.
(Courtesy of Wynter Finley)

“She lit up every room and took up so much space, but like in the best way,” Raine added.

The women insisted their mother always made them feel special. And fans got the same treatment from the star.

“She was very proud of herself,” said Raine. “She came from very humble roots and then took life by the reins and made something of herself. … And she never gave up. She was always trying to do new things and forging her own path.”

Tawny Kitaen’s daughter said the star had several projects in the works.
(Courtesy of Raine Finley)

And right up to the end, Kitaen was busy as ever. She frequently gave interviews and was posed to host a radio show. She was even ready to tell her story in a memoir. Kitaen was also eager to reconnect with fans at conventions across the country. Projects were picking up and the future appeared bright.

The women are gearing up to honor their mother during the holidays, keeping up with the traditions that she taught them during their childhoods.

But for now, they’re just taking it a day at a time.

Tawny Kitaen’s daughters said they’re taking it a day at a time.
(Courtesy of Raine Finley)

“My mom was so amazing,” said Raine. “She was a great sister, friend and artist. She was more than what you saw on TV. Everyone says that when you met her, it felt like you’d known her for a lifetime. That’s just who she was. My dad [baseball pitcher Chuck Finley] said at the service that she knew no stranger. … She was just dynamite. She was born to make people smile.”

“She was an icon, but she was the most humble person,” Wynter added. “She didn’t judge anyone. She would sit down and listen to anyone’s problems and offer advice. You could throw her in a room and she would make a connection with every single person in that room. She was special and she embodied that her entire life. That was our mom. We miss her.”