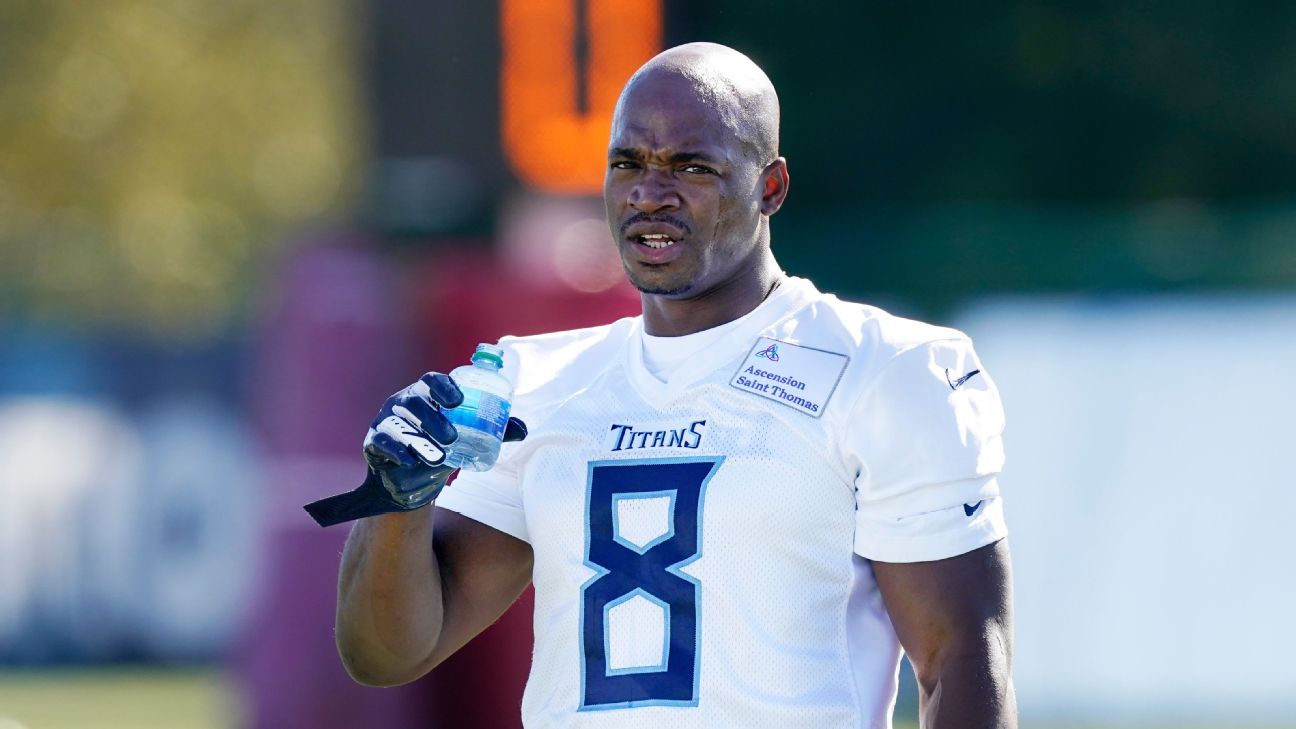 Before he signed last week with the Tennessee Titans to try to help replace Derrick Henry, Adrian Peterson turned down a chance to be on ABC’s “Dancing with the Stars.”

The dancing show called Peterson in early September and offered him $150,000 for the rehearsal period alone, with the chance to earn up to $335,000 on the show, sources told ESPN.

But Peterson turned down the show because he thought he had a chance to land with the Ravens, who lost three running backs to season-ending injuries during the preseason.

The Ravens were one of five NFL teams that expressed varying levels of interest in Peterson, who led the league in rushing three different times. The others were the Raiders, Bills, Falcons and Dolphins.

But after Henry suffered a potentially season-ending foot injury last Sunday against the Colts, the Titans got on the phone with Peterson and arranged to bring the former league MVP to Tennessee on Monday, when he signed with the team.

The Titans are still keeping hope alive that Henry, the NFL’s leading rusher, will be able to return at some point this season after undergoing foot surgery last week. But one source told ESPN that it “would be very surprising if he made it back this season.”

Peterson is set to make his Titans debut Sunday against the Rams. The four-time All-Pro hasn’t played since last season, but those who know Peterson believe he can step onto the field without much preparation, as he will do Sunday.

Peterson, 36, said Friday that he was “in a good place” and that “even when he was at home without a team, he was practicing at all times.”

Titans players were impressed with the energy Peterson provided at Friday’s practice. Receiver Chester Rogers told reporters that Peterson was “bringing juice” and said “you know he’s got something left in the tank.”