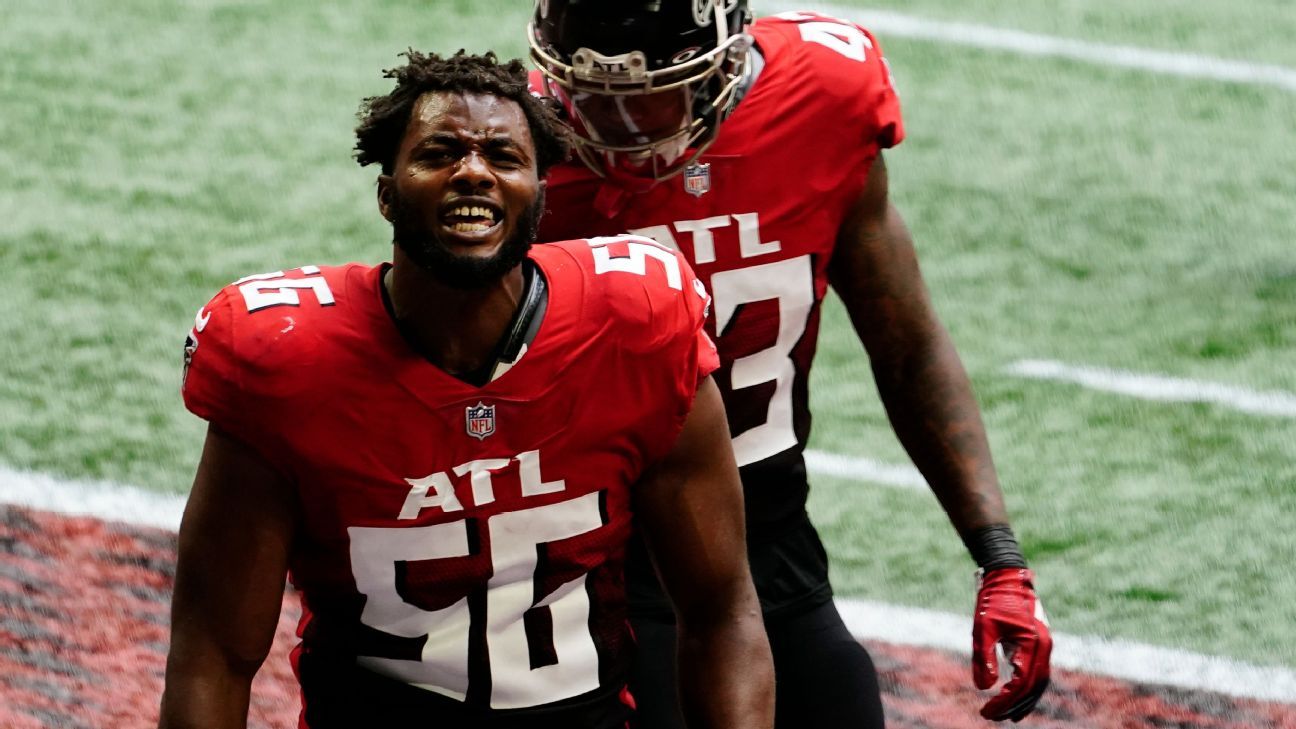 DALLAS — The Atlanta Falcons have activated outside linebacker Dante Fowler Jr. from injured reserve, meaning he’ll be available to play for the first time since October.

Fowler, who injured his left knee, returned to practice on Wednesday with a brace, the first day he was eligible to do so. He practiced every day this week leading into Sunday’s game against Dallas.

While this isn’t a guarantee Fowler will play Sunday, it puts him much closer to returning to the field.

Fowler has 12 tackles, three quarterback hits and is tied for the team lead with two sacks. He also has two forced fumbles.

The Falcons also placed outside linebacker Steven Means on injured reserve after he suffered a knee injury returning a fumble recovery last week against New Orleans.

Means practiced on a limited basis all week and said Thursday he avoided major injury, but now he’ll be out at least until early December.