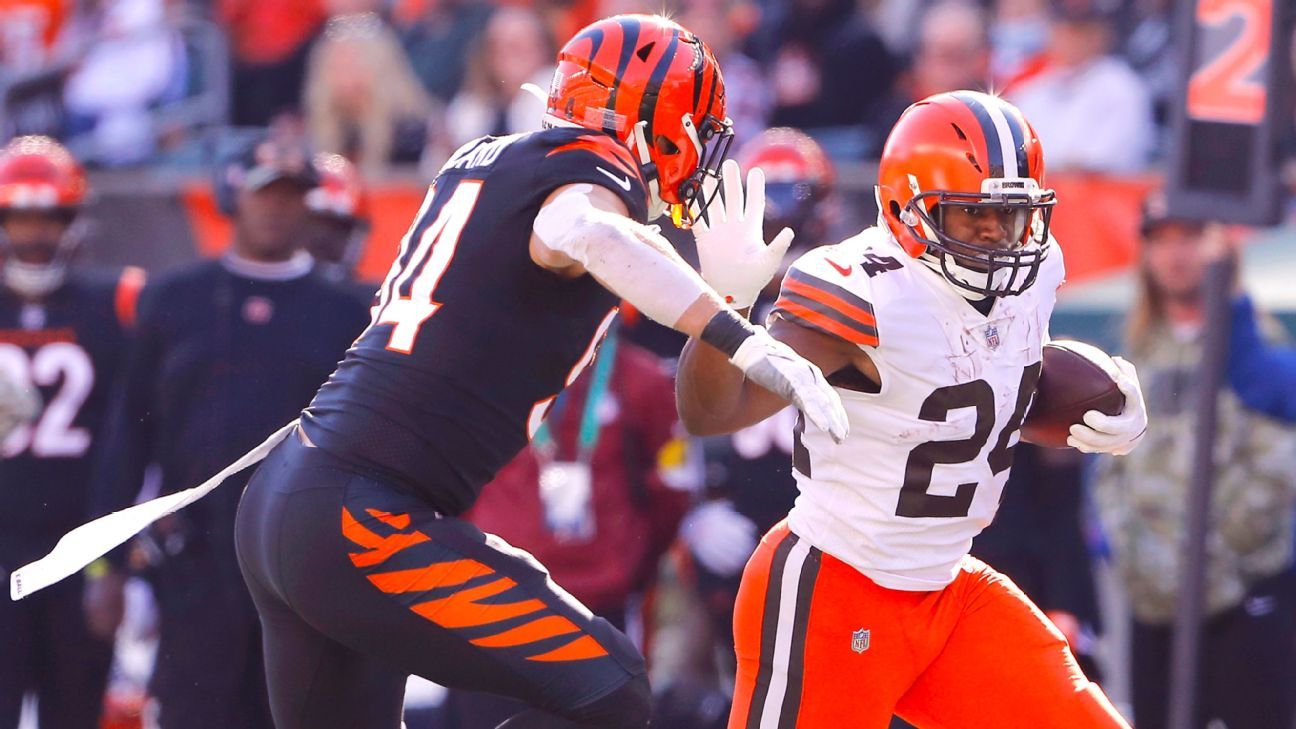 The Cleveland Browns are pouring it on. Spurred by a pancake block by left guard Joel Bitonio and clear-out pulling block from right guard Wyatt Teller, Nick Chubb dashed 70 yards for a touchdown to give the Browns a 31-10 lead midway through the third quarter.

Chubb now has six career games with 100 rushing yards and two touchdowns since entering the league in 2018. Only Tennessee’s Derrick Henry has more.

The Browns are also now the first team since 2012 to have three touchdowns of at least 60 yards in a single game.