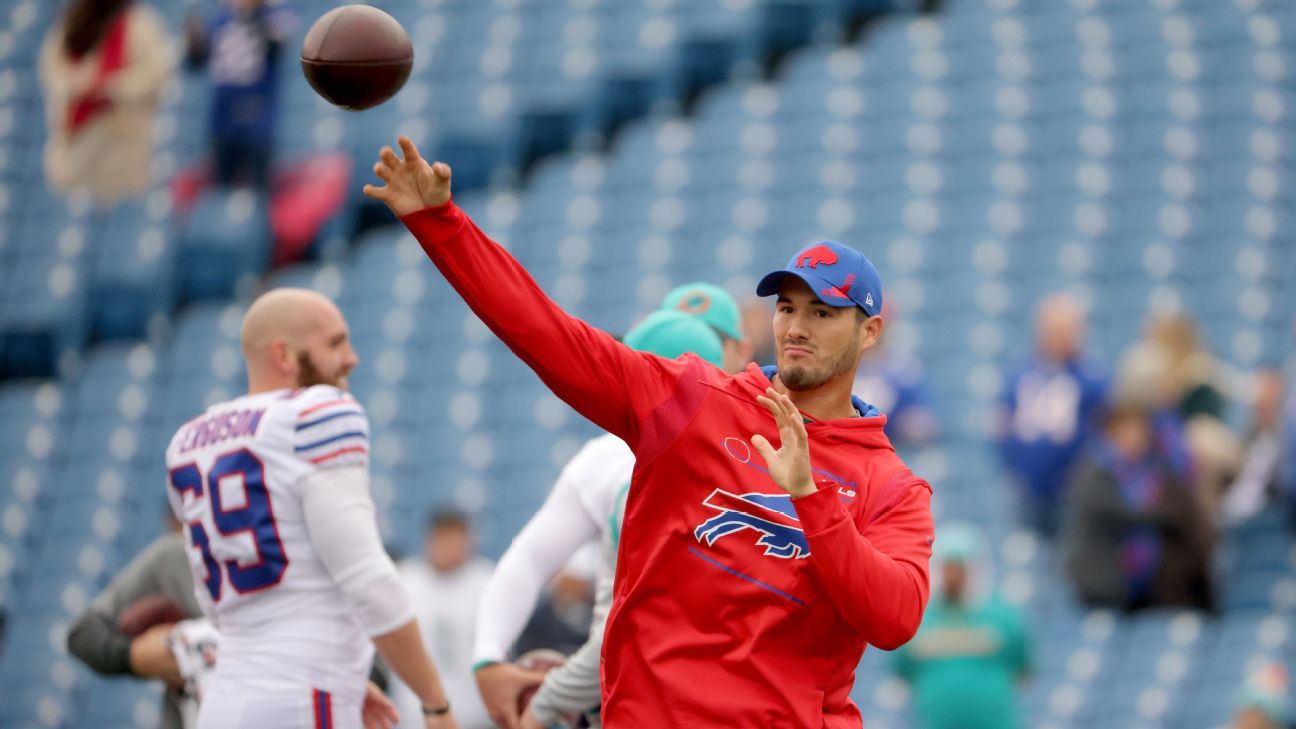 JACKSONVILLE, Fla. — The Buffalo Bills added quarterback Mitchell Trubisky to the league’s reserve/COVID-19 list Saturday, with the backup becoming the third Bills player to join the list this week.

Two practice squad players — quarterback Jake Fromm and wide receiver Tanner Gentry — were placed on the COVID-19 list Tuesday, becoming the first players the Bills had placed on the list this regular season. Both were still on the list Saturday.

Two of the team’s four quarterbacks are now unavailable. Practice squad quarterback Davis Webb was elevated to the active roster to back up Josh Allen for Sunday’s game at the Jacksonville Jaguars, with Buffalo’s decision to keep two quarterbacks on the practice squad paying off.

“I’m not a doctor so I can never say ‘confident’ — I don’t want to use the word confident,” coach Sean McDermott said Wednesday in regard to the Bills’ COVID-19 situation. “We did the best we could and we’re going to continue to try and do the best we can and try and limit the spread as much as we can by the habits we use here and hopefully outside the building also.”

Trubisky has seen limited action this season, appearing in only three games in place of Allen when the game has been out of reach or for kneel-downs. The No. 2 overall pick by the Chicago Bears in the 2017 NFL draft signed a one-year, $2.5 million deal with the Bills this offseason.

The Bills also elevated tight end Quintin Morris from the practice squad — starter Dawson Knox remains out with a hand injury — and placed starting guard Jon Feliciano on injured reserve because of a calf injury.

The Bills will also be without starting right tackle Spencer Brown for a second straight game because of a back injury. Practice squad offensive lineman Jamil Douglas has been signed to the 53-man roster in his place.