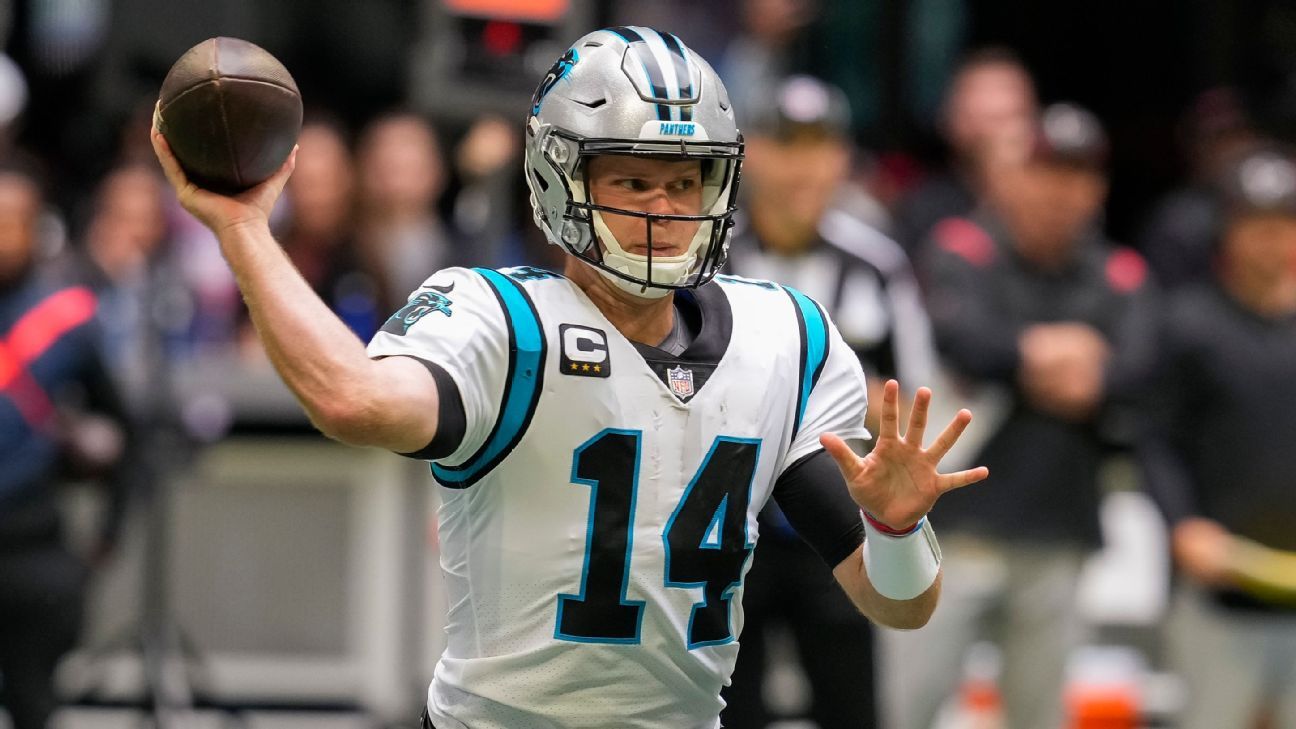 Darnold is officially listed as questionable because of a shoulder injury. He also suffered a concussion last week against the Atlanta Falcons but cleared the concussion protocol Saturday.

Panthers coach Matt Rhule told reporters Friday that Darnold was considered a game-time decision against New England, saying Carolina must “prepare for all contingencies and expect the unexpected.”

PJ Walker took most of the reps with the first-team offense in practice this week and would replace Darnold under center if the former No. 3 overall draft pick is unable to play.

Walker replaced Darnold in the fourth quarter against Atlanta but has struggled in limited action this season, completing just 3 of 15 passes.

After getting off to a fast start this season with the Panthers, Darnold has also struggled lately, throwing four touchdowns and seven interceptions over Carolina’s past five games.