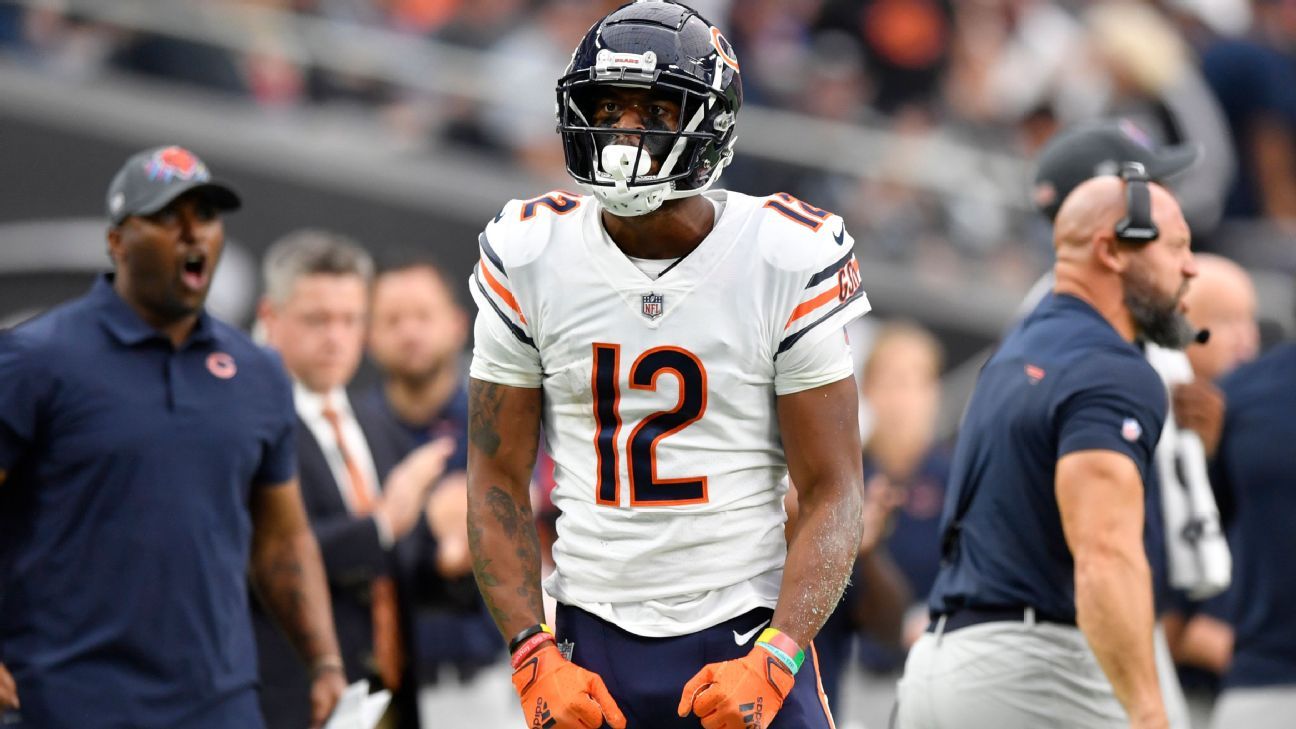 Wide receiver Allen Robinson said he expects to return to the Chicago Bears’ lineup when they visit the Green Bay Packers on Sunday night after missing the past three games because of a hamstring injury.

“That’s the plan,” he said Thursday. “Everything is trending in the right direction.”

With quarterback Justin Fields set to return after missing back-to-back games because of broken ribs, the Bears (4-8) could have two key players back as they try to stop their slide and pick up a rare win against QB Aaron Rodgers and the Packers.

Chicago has dropped six of seven games after losing to Arizona last week. And the Bears’ record against the Packers in recent years is abysmal. Green Bay has won 20 of the past 23 matchups and has a five-game winning streak in the series.

Robinson has not played since Nov. 8, when he was hurt as he got pushed out of bounds on a 39-yard reception late in a loss at Pittsburgh. That big play helped set up a go-ahead touchdown pass from Fields to Darnell Mooney. But Chicago lost after the Steelers’ Chris Boswell kicked a field goal in the final minute.

The injury added to what was already a difficult year for Robinson. The veteran was also bothered by an ankle injury and has just 30 receptions for 339 yards, a huge drop following one of his best seasons.

Robinson was hoping for a multiyear deal after catching a career-high 102 passes for 1,250 yards. That didn’t happen, and he’s playing under the franchise tag instead.