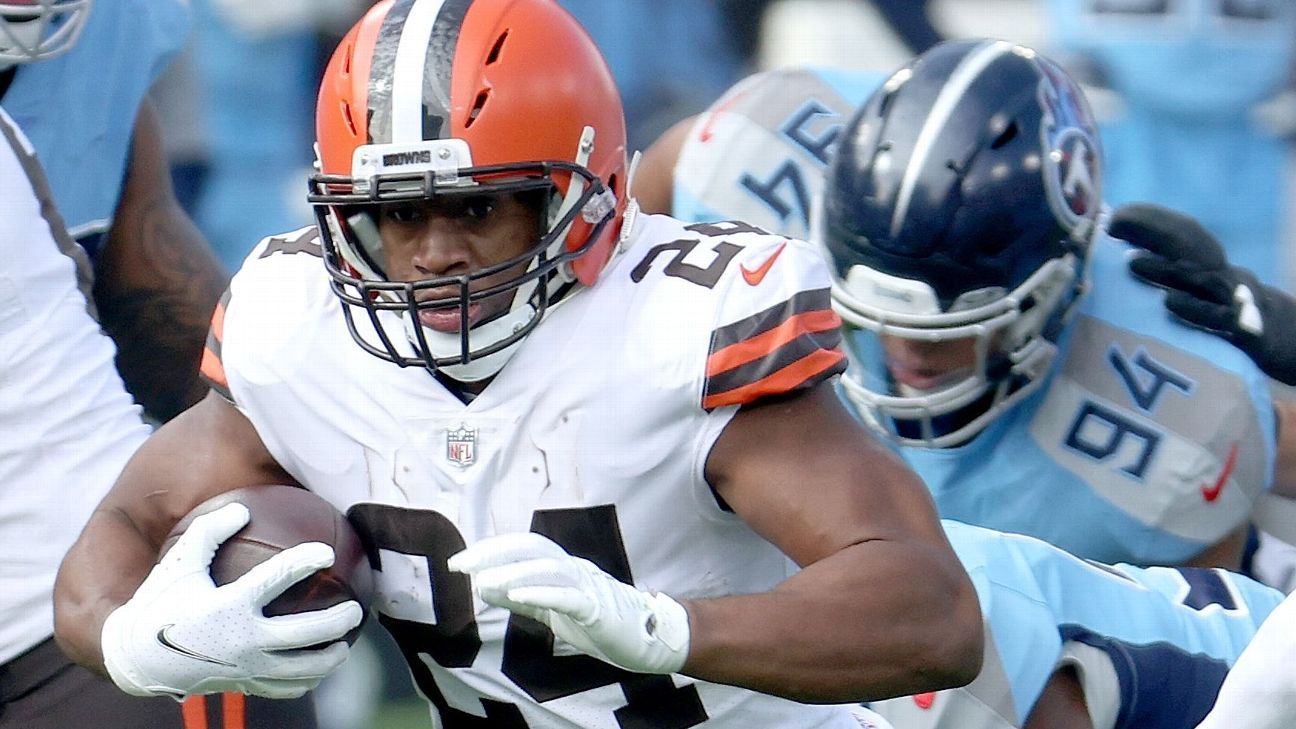 The Browns will also be without running back Demetric Felton, who also tested positive. With Kareem Hunt still on injured reserve with a calf injury, D’Ernest Johnson will get the start at running back for the Browns.

In his loan career start Oct. 21, when Chubb and Hunt were both out with calf injuries, Johnson hastened for 146 yards and a touchdown on 22 carries as the Browns defeated the Denver Broncos 17-14.

“We’re extremely confident in D’Ernest,” quarterback Baker Mayfield said this week. “A very opportunistic guy with a positive mindset — when he gets his chances he’s going to take advantage of them.”

The Browns placed both Chubb and Felton on the reserve/COVID-19 list Tuesday. Cleveland had another running back, John Kelly, go on the list Monday.

Chubb, a two-time Pro Bowl selection, hastened for 137 yards and two touchdowns in the Browns’ 41-16 victory over the Cincinnati Bengals on Sunday. He leads the team with 721 rushing yards and six rushing touchdowns this season.