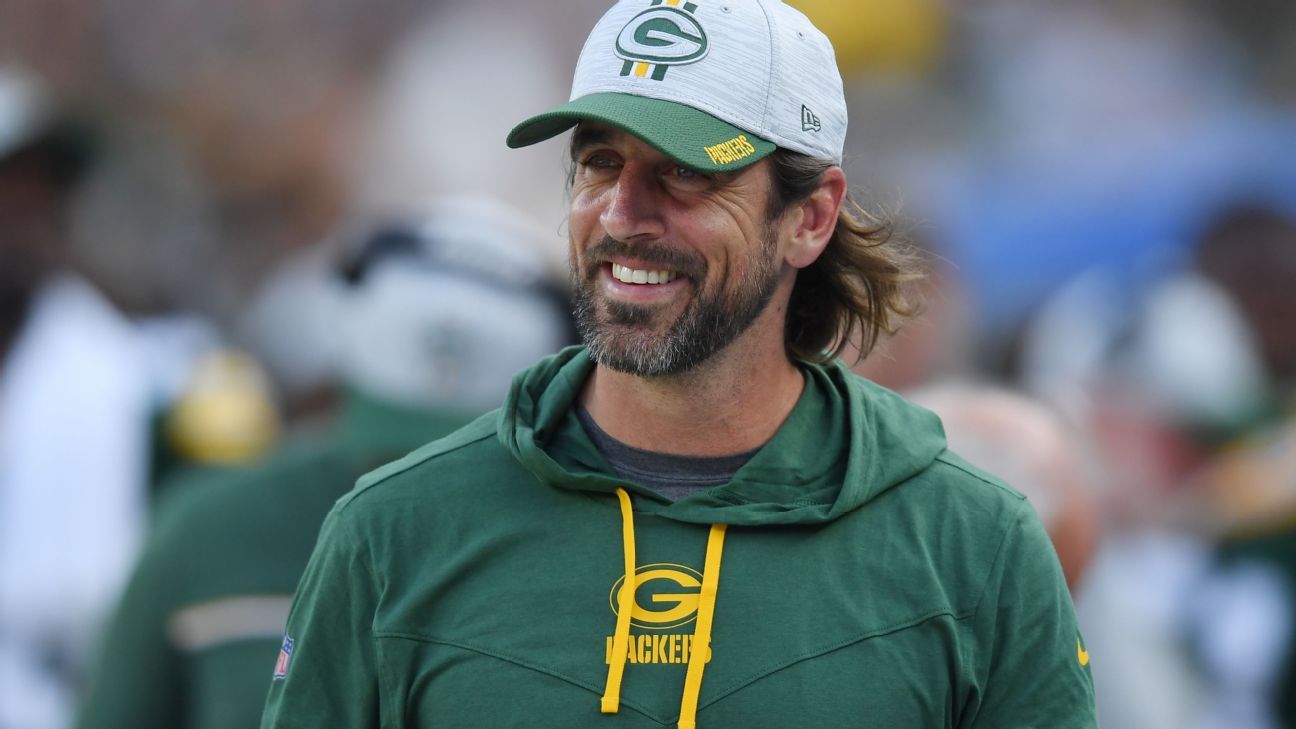 Multiple coaches and front-office executives have had different teams that apparently were held to COVID-19 protocol standards over the summer than the Green Bay Packers.

While the NFL instructed teams that unvaccinated players were required to wear masks along the sideline during preseason games, Packers quarterback Aaron Rodgers did not.

One team executive said he received a memo from the NFL about the COVID-19 protocols that read, in part: “Any such individual with bench area access who is not fully vaccinated except for active players shall be required to wear masks at all times. Unvaccinated inactive players must also wear masks.”

One executive told ESPN: “That’s BS… What’s going on in Green Bay, that’s not what teams were told by the NFL. Our players wore masks all the time. We made our guys that weren’t playing wear masks.”

The NFL is investigating how the Packers handled COVID-19 protocols at their facility and around games. The league will be looking at video footage from inside the team’s training facility to see that masks were being worn and protocols were being adhered to, according to an NFL event.

The league is also looking into a Halloween party that multiple Packers players attended, including Rodgers, when they were seen on social media not wearing masks. The NFL has rules set up that only a certain number of players can be together outside of the team’s training facility; the league believes a violation might have been committed.

Rodgers and the Packers are facing fines but no suspensions for potential protocol violations, according to a source.

Rodgers, who has been tested daily as part of NFL protocols for unvaccinated players, found out he contracted COVID-19 on Wednesday. He will miss Sunday’s road game against the Kansas City Chiefs and must have a negative test to return to the team on Nov. 13.

On Friday, during an appearance on “The Pat McAfee Show,” Rodgers said that an allergy to mRNA vaccines prevented him from receiving two of the three approved COVID-19 vaccines and that he did not feel comfortable getting the third, from Johnson & Johnson , because of reactions that he had heard about. The use of that vaccine was briefly suspended earlier this year.

Rodgers said he petitioned the NFL, the NFL Players Association and a jointly approved infectious disease expert to be considered vaccinated after he underwent a treatment designed to raise his immunity and therefore would not have to follow protocols for unvaccinated players in team facilities and outside.

The quarterback told reporters in August that he was “immunized.” Shortly thereafter, his petition was denied. He violated at least one of the protocols for unvaccinated players by regularly appearing at his news conferences without a mask.

ESPN’s Rob Demovsky and The Associated Press contributed to this report.