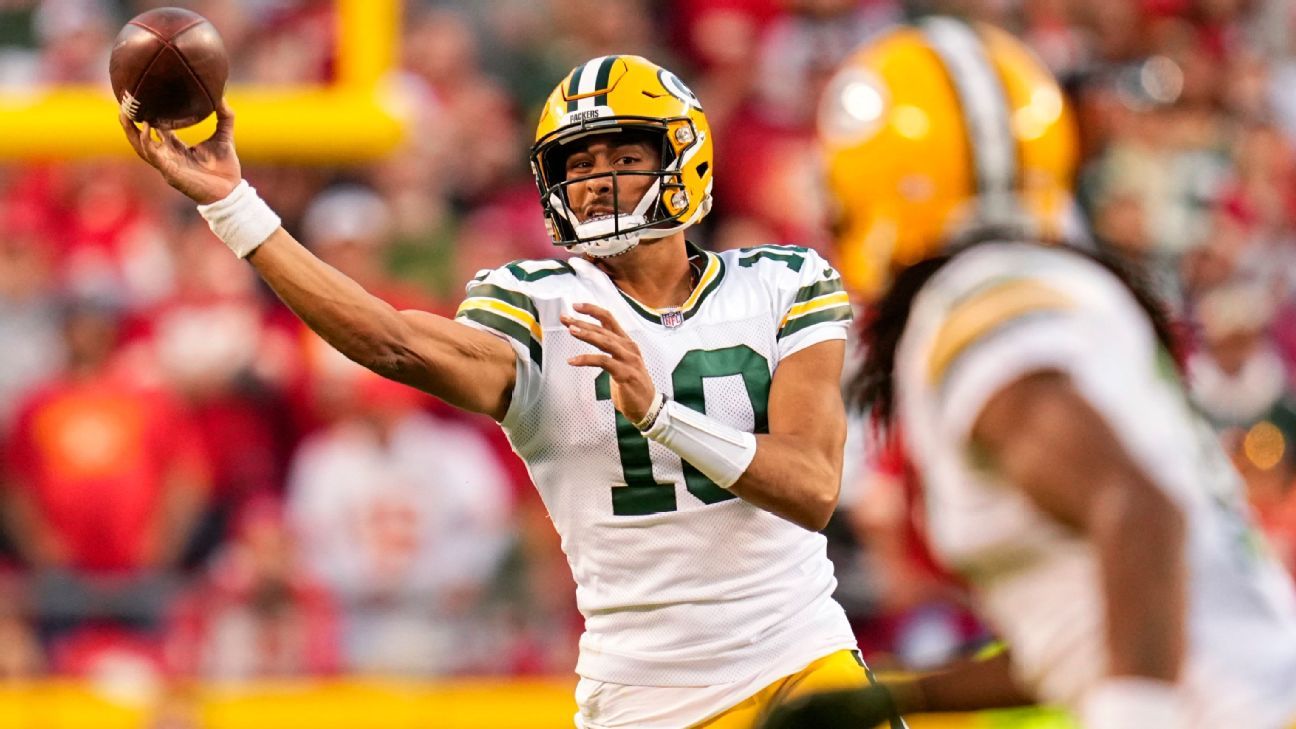 GREEN BAY, Wis. — Even though Jordan Love did everything that a Green Bay Packers starting quarterback would do leading up to Sunday’s game against the Seattle Seahawks, it remained only a contingency plan in case Aaron Rodgers isn’t cleared when he’s eligible to come off the reserve/ COVID-19 list on Saturday.

Rodgers has spent the entire week connected to the team virtually but did not practice. He has not been at Lambeau Field since he tested positive for the virus on Nov. 3.

“I think it’s been a normal week for me, pretty similar to last week getting all the reps,” Love said Friday. “Just getting the game plan in, preparing like I’m going to be playing and then obviously the plan is for Aaron to be back Saturday so he’ll be going. But for me, it’s the same. Still playing the whole week and then we’ll be ready for whatever happens.”

Love made his first NFL start last Sunday in the 13-7 loss at the Kansas City Chiefs. Rodgers was a minimal participant in the preparations for that game. This week, however, was much different.

“Had a lot of conversations with Aaron in that regard as to what he needs to be ready to go,” Packers coach Matt LaFleur said. “It wouldn’t be the first time in his career that he hadn’t practiced an entire week and gone on and played a game. So as long as he’s confident with what we’re doing with him, then we’ll see where he’s at tomorrow.”

Rodgers acknowledged during his Tuesday appearance on “The Pat McAfee Show” that there are still some conditioning- and health-related hurdles he will have to clear when he returns to the team on Saturday. Other than that, LaFleur said it will be a normal Saturday with meetings and a short jog-through session on the field, and there won’t be anything added to the preparation to compensate for Rodgers’ absence all week.

“Just like we told Jordan, ‘You’ve got to be ready to go,'” LaFleur said. “And if that’s the route we go, then he’ll be ready.”

Whoever starts at quarterback isnt likely to have All Pro David Bakhtiari at left tackle. The Packers activated him from the physically unable to perform list on Wednesday, but it doesn’t appear that he’s ready to play following his ACL surgery about 10 months ago.

The Packers listed him as doubtful for Sunday’s game against the Seahawks. He was listed as a limited participant in Thursday’s practice before sitting out on Friday. LaFleur said Bakhtiari did not have a setback but rather that it was just “part of the process.”