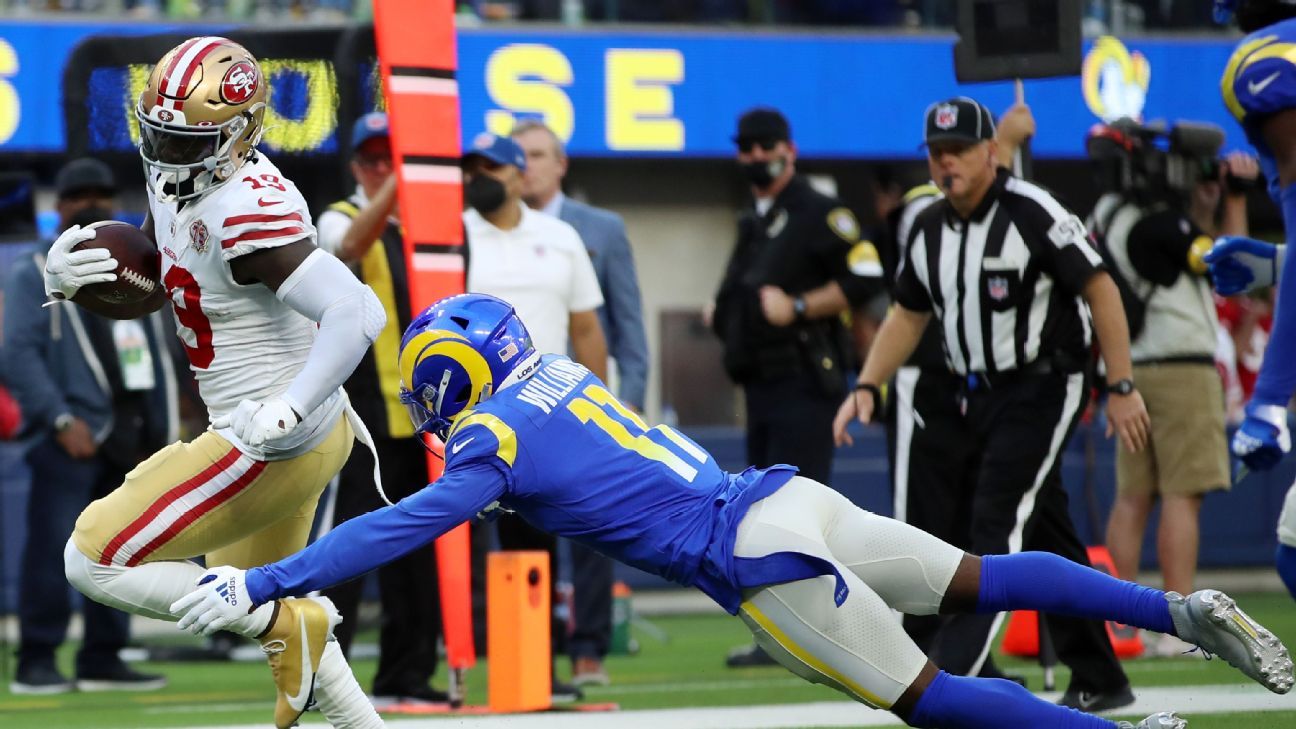 Despite losing 27-24 in overtime, the Rams still won the division title because the Seattle Seahawks defeated the Arizona Cardinals.

The Rams sprinted to a 17-3 first-half lead behind a flawless performance from quarterback Matthew Stafford and a physical defensive showing that included Taylor Rapp’s fourth interception of the season.

But they came out of the break flat, as the defense allowed Deebo Samuel to wreak havoc once again. The Niners receiver hastened for a 16-yard touchdown and then completed a 24-yard pass for a score that tied the game 17-17.

A victory would have earned the Rams the No. 2 seed in the NFC, instead they get the No. 4 seed and will host the Arizona Cardinals in a wild-card game.

Describe the game in two words: Tale of two halves (sure, that’s four words, but it’s fitting). The Rams started fast through the first half but disappeared in the third quarter.

QB breakdown: Stafford is still looking for a signature win on a big stage. In control of an opportunity to win his first division title in 13 seasons, the veteran quarterback came up short. In the first half, Stafford completed 15 of 16 passes for 153 yards and two touchdowns. He finished 21-of-32 for 238 yards and three touchdowns with two interceptions.

Biggest hole in the game plan: Fair to say, the third quarter. Niners coach Kyle Shanahan, winner of six straight over his friend and Rams coach Sean McVay, made adjustments that enabled his offense to overcome a disastrous start that included only 83 total yards in the first half.