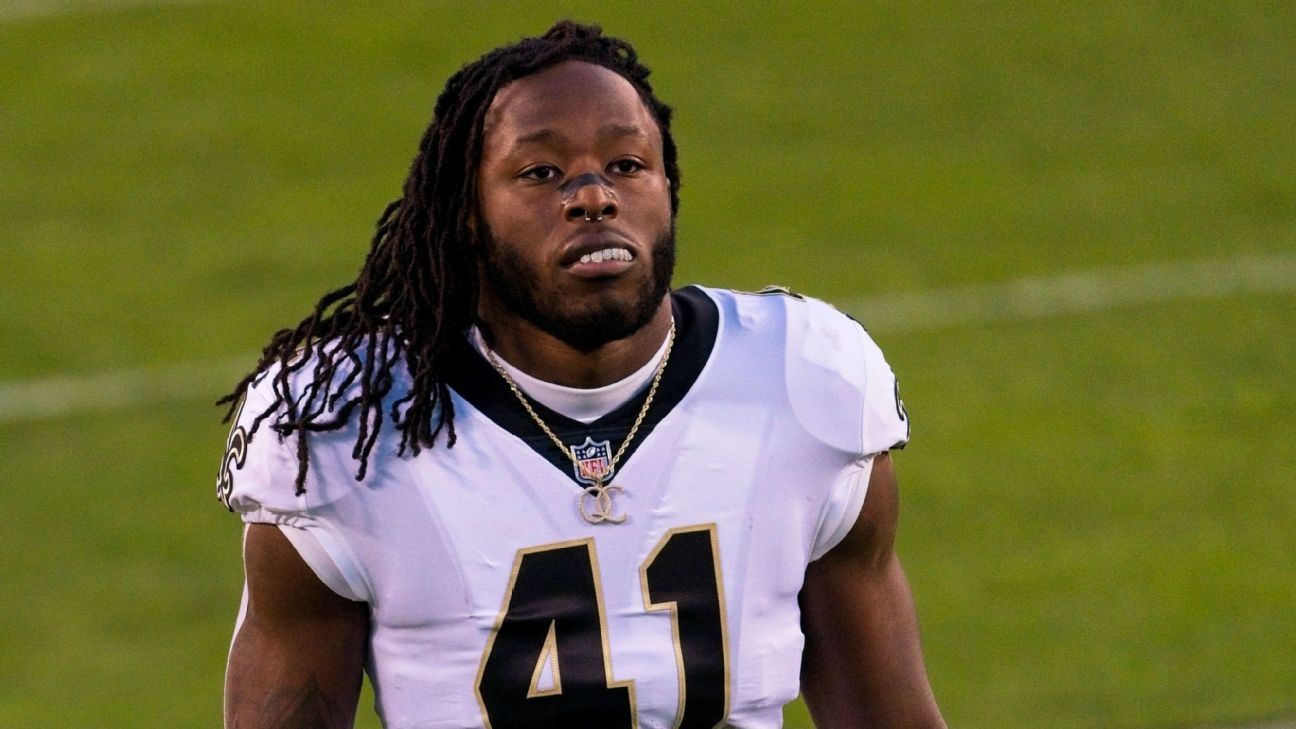 Kamara returned to practice on a limited basis Wednesday after he had missed the Week 10 loss at the Tennessee Titans with a knee injury. It’s unclear if he suffered a setback or is just gradually working his way back.

Coach Sean Payton described the injury last week as one that Kamara was rehabbing to return “as quickly as he can get back” after experiencing “soreness” at the end of a Week 9 loss to the Atlanta Falcons.

Veteran backup Mark Ingram II would again take on a major workload if Kamara is out or limited. Ingram had 18 touches for 108 yards and a touchdown at Tennessee.

Meanwhile, quarterback Jameis Winston underwent ACL surgery last week after suffering his own season-ending injury in Week 8. But a source told ESPN’s Jeremy Fowler that the surgery was performed by Dr. Neal ElAttrache did not include an MCL repair.

Despite the damage, the ligament was considered strong enough to heal, according to the source. Winston plans to rehab in Los Angeles and projects to start non-contact drills in about six months.