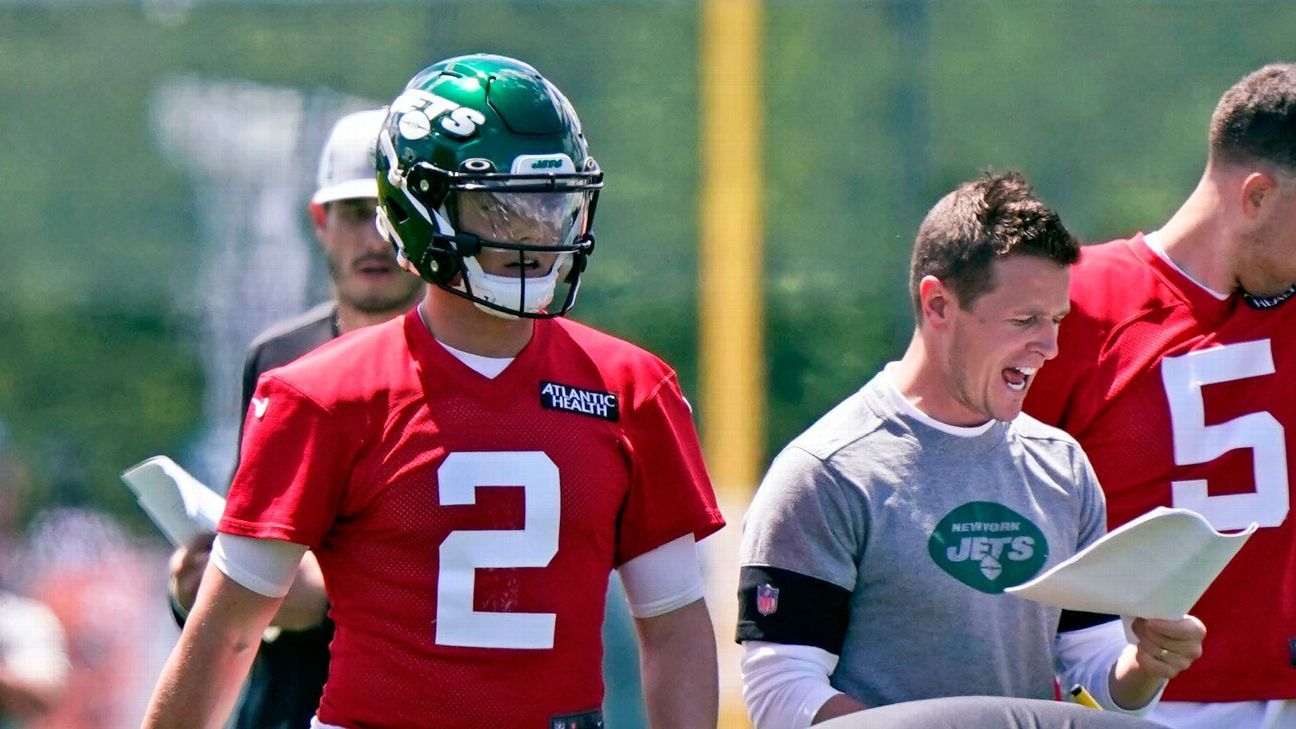 “It’s 100 percent on me,” said LaFleur, commenting for the first time on Zach Wilson’s ill-fated quarterback sneak late in the 28-24 loss to the defending Super Bowl champions. “I’m disappointed with myself for two reasons. I pride myself on communication and, in our unit, on execution. … And I failed at both of those.”

LaFleur repeated what coach Robert Saleh said after the game — that the plan on fourth-and-2 from the Bucs’ 7-yard line was to give the ball to Braxton Berrios on an end-around. But somehow, the communication got botched. Wilson was given the option to run a sneak if the Bucs didn’t have a defender in the A gap, which they didn’t.

“The total intent was to get Braxton the ball. He was balling, and I failed to get that relayed,” LaFleur said. “Our quarterback did exactly what he was supposed to do in that moment.”

Wilson was swallowed up by the Bucs’ defense, which stuffed him for no gain. If the Jets had made a first down, they could’ve run out the clock. Replays showed that Berrios might have scored on a handoff.

Instead, Tom Brady took over and led a 93-yard touchdown drive, throwing the game winner with 15 seconds left.

Afterward, Saleh was upset with the coaching staff, saying, “We’ve got to be better for our players.” It ruined what would’ve been a signature win for the Jets (4-12), who have struggled in a rebuilding year. They finish the season Sunday at the Buffalo Bills (10-6).

LaFleur, a first-year coordinator and the younger brother of Green Bay Packers coach Matt LaFleur, is known for his accountability.

“Like I said, I know what our intent was, whether people want to believe that or not,” he said. “That’s what happened, and I failed at both. I have to live with that. I know I’m going to learn from that. I have learned from that. You can’t let the same play beat you twice. In that situation , I’m going to make sure it absolutely doesn’t happen again.”

There were 19 seconds left on the play clock when the ball was snapped, which means the Jets’ sideline still had the ability to communicate with Wilson. The radio shuts off with 15 seconds left.

“Flat out, in the moment, I didn’t relay what we wanted to get done,” LaFleur said. “That’s what’s disappointing. Like I told the players, I know we called the right play, but I didn’t get the communication done, so it doesn’t matter.”