For the first time ever, we have a Week 18 in the NFL season.

There are three playoff spots left. Some teams can simply get in with a win, while others need a victory and some help. Injuries could play a factor in which teams will make the postseason.

Baltimore Ravens quarterback Lamar Jackson has missed the past three games with an ankle injury and has been ruled out for Sunday. Backup Tyler Huntley will start against the Pittsburgh Steelers.

In the same game, Steelers wide receiver Diontae Johnson was activated from the reserve/COVID list after just one day because of the league’s new return-to-play protocols. In more COVID news, Dallas Cowboys rookie linebacker Micah Parsons and tackle Tyron Smith are on the reserve/COVID list. Their statuses are also up in the air for Saturday night’s game against the Philadelphia Eagles (8:15 pm on ESPN).

The Tampa Bay Buccaneers will be without two of their top defenders. Linebackers Shaq Barrett (knee) and Jason Pierre-Paul (shoulder) for Sunday’s game against the Carolina Panthers. On a positive note, the Tennessee Titans welcomed Derrick Henry back to practice this week. He’s been out since late October after he fractured his foot against the Indianapolis Colts. The Titans have not said if Henry will play Sunday against the Houston Texans.

Our NFL reporters are back for their final regular-season injury updates for key players entering Week 18.

Pitts, who has 1,018 yards receiving, has a shot Sunday of breaking Mike Ditka’s 60-year-old mark for receiving yards for a rookie tight end. He needs 59 yards to pass Ditka’s 1,076 yards, and the biggest impediment to Pitts doing that might not be the Saints, but a hamstring injury he suffered in the first half against Buffalo. Pitts didn’t practice on Wednesday and was limited on Thursday and Friday. Falcons coach Arthur Smith didn’t rule Pitts out and said the team’s injured players were progressing well, but his status will be one to monitor in Week 18. If he doesn’t play, Atlanta could rely more heavily on Hayden Hurst, a former first-round pick who is a free agent after the season. — Michael Rothstein

Jackson has been ruled out and will miss his fourth straight game because of a right ankle injury. He had never missed a game due to injury in his first three NFL seasons. Jackson has only practiced once since hurting his ankle on Dec. 12. Tyler Huntley, who is 1-2 as a starter, will look to keep the Ravens’ slim playoff hopes alive. In three starts, Huntley has averaged 210.3 yards passing and 55.6 yards rushing. — Jamison Hensley

Sanders is likely to miss his third game over the last four weeks with a knee injury he suffered in the Bills’ overtime loss to the Buccaneers in Week 14. He is officially listed as doubtful after he did not practice once this week. Wide receiver Gabriel Davis, who has taken advantage of increased playing time, is in line to get the start in his place once again. — Alaina Getzenberg

Fields was set to return after a two-game absence due to an ankle issue, but after full participation in practice on Wednesday, he was placed on the reserve/Covid list by Thursday. He ends his rookie season with a 2-8 record as the Bears starter. — Jesse Rogers

Don’t be too alarmed by Burrow not playing this week against the Cleveland Browns. Burrow is getting a rest week after the Bengals clinched the AFC North. He said he was healthy enough to play if needed, which is a good sign given the right knee issues and the pinkie problem on this throwing hand. Cincinnati will certainly need Burrow if it wants to win its first playoff game since Jan. 1991. — Ben Baby

So far Diggs has tested negative for COVID but he was ruled out of Saturday’s game and didn’t make the trip to Philadelphia. Diggs leads the NFL in interceptions with 11 and had returned one for a touchdown vs. Philadelphia in the first meeting between these teams. The Cowboys will be without Micah Parsons, their leading sucker, Anthony Brown, the corner opposite Diggs and Jayron Kearse, their leading tackler. — Todd Archer

Suretain will be one of three starters out of Saturday’s season finale against the Kansas City Chiefs. The rookie has been one of the best in the league at the position this season, but did not practice this week because of a calf injury. Safety Kareem Jackson (back/shoulder) also went to injured reserve earlier in the week and cornerback Ronald Darby (shoulder) also did not practice this week and will not play Saturday. — Jeff Legwold

After missing the last two games due to COVID-19, then a knee injury, Goff is officially listed as questionable to return for the regular-season finale against Green Bay. Coach Dan Campbell called him “probable,” during Friday’s practice.

“He got back in a rhythm Wednesday. I thought yesterday he looked even better and we expect him to continue to improve today,” Campbell said. “So, I think we’ll see Goff this weekend.” — Eric Woodyard

This might finally be the week that the Packers’ All-Pro makes his season debut. He hasn’t played since he tore the ACL in his left knee during practice on Dec. 31, 2020. He was activated off IR weeks ago but had not been cleared for game action. Bakhtiari got through two days of practice this week (with a day off in between) and the Packers want to see how his knee reacts leading up to game day. But if all checks out, the Packers could have one of their best players back. — Rob Demovsky

O’Shaughnessy will miss his second consecutive game, which means Trevor Lawrence will be without his most reliable pass-catching tight end. He’s caught 12 passes on 14 targets over the past four games and no other tight end has been targeted more than twice over that same span. Don’t expect much production in the middle of the field without O’Shaughnessy. — Michael DiRocco

The Pro Bowler has not played since going down with back and knee injuries in the first half on Thanksgiving. Since he was also on the COVID list last week, he didn’t practice until Wednesday, and was limited in three walkthroughs this week. Interim coach Rich Bisaccia said Waller’s status against the Chargers will probably be a game-time decision. But you have to wonder about his conditioning after such a lengthy layoff – and COVID. Plus, with the Raiders riding a three-game winning streak without him, you have to wonder about chemistry. Nevertheless, he’s one of the best tight ends on the game. — Paul Gutierrez

The Patriots’ No. 1 running back got the team off to a strong start in last week’s 50-10 blowout of the Jaguars before resting his hamstring in the second half when the game was in hand. So that leads to an obvious question: With the Patriots having already clinched a playoff berth, wouldn’t it behoove the team to sit him for the entirety of the regular-season finale so he’s potentially in a more rested and healthier spot in the postseason ? The team has officially listed Harris as questionable. — Mike Reiss

The three-time Pro Bowler has been declared out for the seventh time in the last nine games. Hopefully, the Saints will get All-Pro RT Ryan Ramczyk back from his own lingering knee injury, because New Orleans’ offense has suffered greatly when both have been sidelined at the same time. Veteran backup James Hurst is a capable backup option for one of them — but can’t do both jobs at the same time. — Mike Triplett

The Giants are again without most of their wide receivers after Toney was ruled out. His rookie season is over after just 10 games and no touchdowns. It leaves the Giants with only Kenny Golladay and Darius Slayton on Sunday vs Washington. — Jordan Raanan

Berrios, an all-purpose dynamo in recent weeks, was placed on injured reserve Friday. It hurts the Jets in a few areas — passing game, rushing attack, kickoff returns and punt returns. Jamison Crowder, back from a two-game absence because of a calf injury, will replace Berrios as the slot receiver. — Rich Cimini

Sanders is out for the second straight week with a broken hand, but coach Nick Sirianni hopes he’ll be ready for the playoffs. With no guarantee of improving their seeding with a win over Dallas, the Eagles may play it conservatively with some of their key starters, including Jalen Hurts (high ankle sprain). — Tim McManus

The left tackle kept Myles Garrett from disrupting Ben Roethlisberger’s home game finale last week, but he played through a high ankle sprain after getting rolled up in the first quarter. Moore didn’t practice all week and is listed as doubtful. Joe Haeg is likely to start in his place, though Zach Banner is also an option. — Brooke Pryor

Garoppolo practiced on a limited basis all week and is listed as questionable for Sunday’s win-and-in meeting with the Rams. In the portion of practice available to media, Garoppolo seemed to be throwing the ball well, but there are questions about how he can handle snaps from under center and generally take care of the ball. Coach Kyle Shanahan declined to name a starting quarterback but acknowledged that Garoppolo had a good week. The Niners know their plan; they’re just choosing not to reveal it. Don’t be surprised if Garoppolo gets the call with Trey Lance on close standby.

Williams did not practice at all this week but is still listed as questionable for Sunday and the Niners remain optimistic he will be available against the Rams. As a veteran, Williams doesn’t necessarily need the reps in practice but he will be needed in such a big game against a team that employs so many top pass rushers. If he can’t play, the job would fall to rookie Jaylon Moore and the Niners’ offense would have a far more difficult task. — Nick Wagoner

The Seahawks ruled out Wagner for their season finale at Arizona. The All-Pro middle linebacker was trying to get back from the knee sprain he suffered on the first play last Sunday, but he couldn’t practice at all this week.

“He’s got some swelling and it just didn’t loosen up enough,” coach Pete Carroll said. “He’s got a tight knee so he can’t do it. If he could, if there was any way, he would. He can’t.”

Carroll echoed Wagner’s desire for the defensive captain to return in 2022. His future is uncertain due in large part to his $20.35 million cap charge next season. Cody Barton will start Sunday in his absence. — Brady Henderson 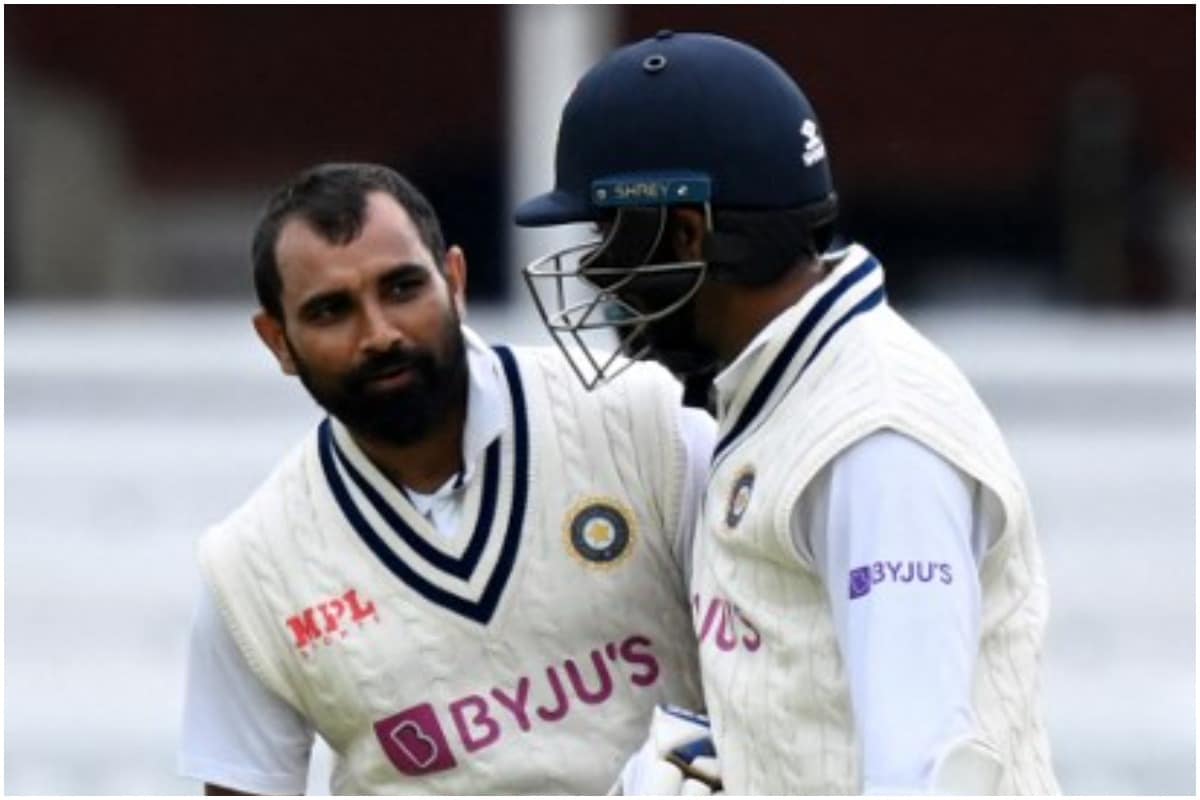 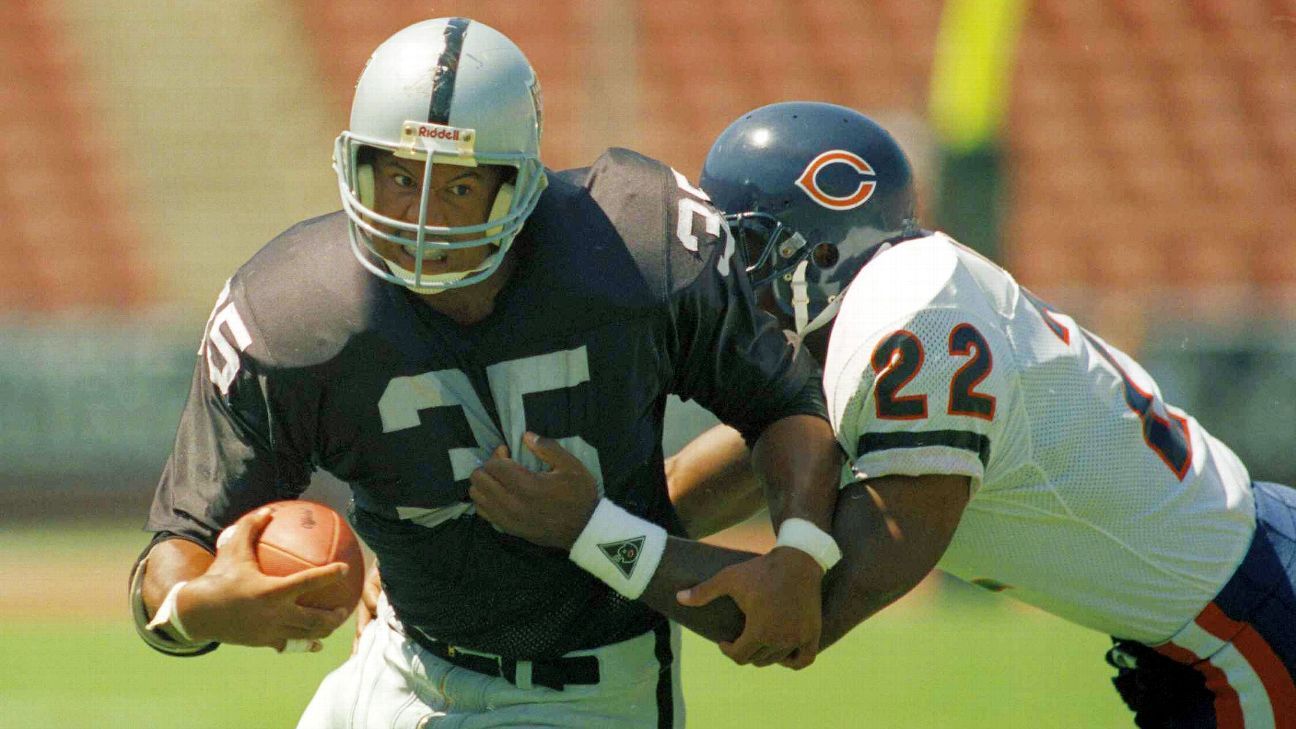