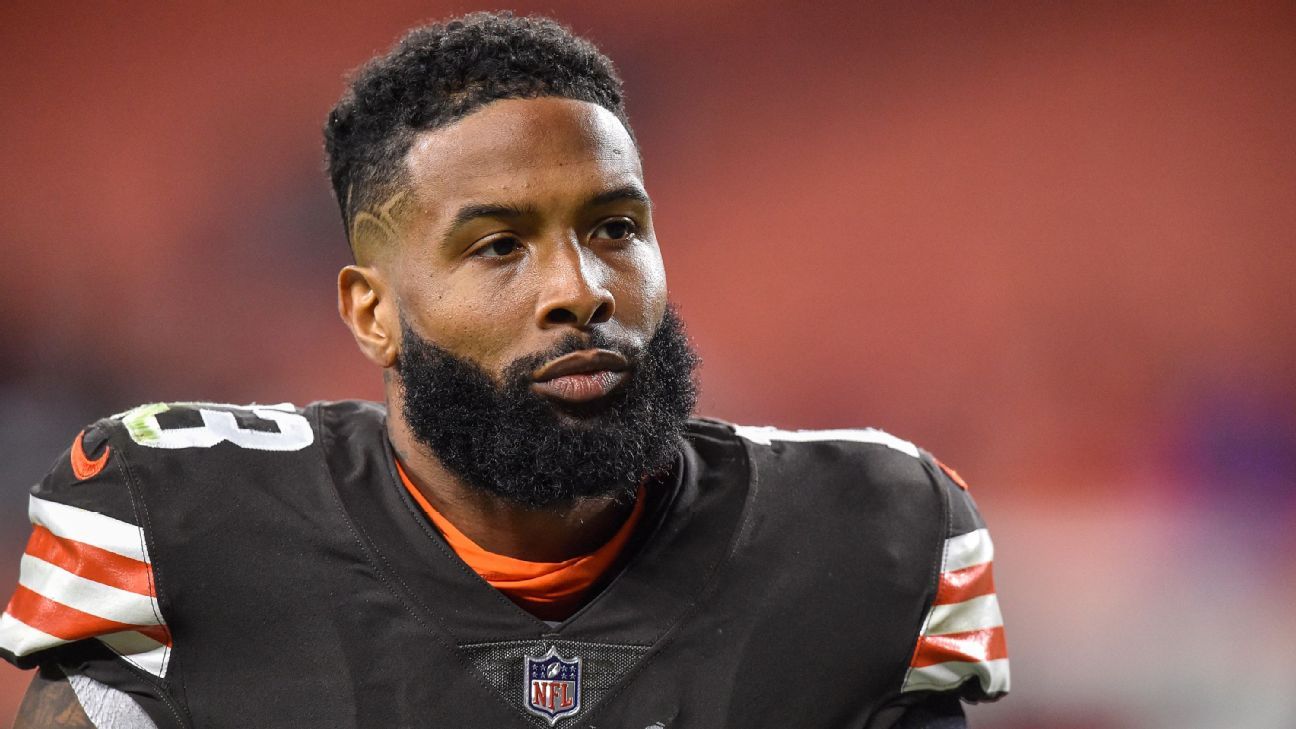 The NFL and NFL Players Association have approved the restructured contract of Odell Beckham Jr. that will allow the star wide receiver to go on waivers Monday and be claimed by 4 pm ET the following day, sources told ESPN.

But Beckham doesn’t want to go to just any team, according to sources familiar with his thinking. Beckham wants to spend the rest of this season with a playoff contender and in a winning environment, where he believes he would be happy and productive.

If a team that does not fit this criteria claims Beckham and the $7.25 million remaining on his contract, there could be potential issues for that team, according to a source, although it is unclear exactly what those issues would be.

As it stands, nine teams have over $7.25 million in salary cap space: the Jaguars, Eagles, Broncos, Seahawks, Panthers, Chargers, Steelers, Bengals and the Washington Football Team.

Should Beckham clear waivers, which multiple team executives said over the weekend is the “likely” outcome, he would be able to sign with any team.

Multiple teams with winning records and established offenses are expected to be interested in Beckham, sources told ESPN. Certain players have already reached out to Beckham, pitching the merits of their organization, according to sources.

If Beckham clears waivers Tuesday, he likely will have a deal in place with a new team at some point next week, according to a source.

Beckham and the Cleveland Browns reached a settlement on the restructured contract Friday after days of negotiations. The breakup became inevitable this past week when, hours before Tuesday’s trade deadline, Beckham’s father shared a video on social media showing times when Browns quarterback Baker Mayfield didn’t throw him the ball.

The Browns excused Beckham from practice this past week while the sides negotiated his exit, which was finalized Friday — his 29th birthday. Browns general manager Andrew Berry called the situation “unfortunate” but acknowledged “there are some situations in the NFL where things just don’t quite work out.”

If Beckham is seeking immediate revenge against his former team, he could choose to sign with the Patriots, who host the Browns next Sunday in Week 10.

Beckham had 17 catches for 232 yards and zero touchdowns in six games this season. He had only two 100-yard games in 29 games since joining Cleveland in the 2019 blockbuster trade with the New York Giants.

The three-time Pro Bowler had 1,035 receiving yards in his first season with Cleveland but suffered a season-ending knee injury in 2020 and was out when the Browns ended a long playoff drought and won their first playoff game in 26 years.