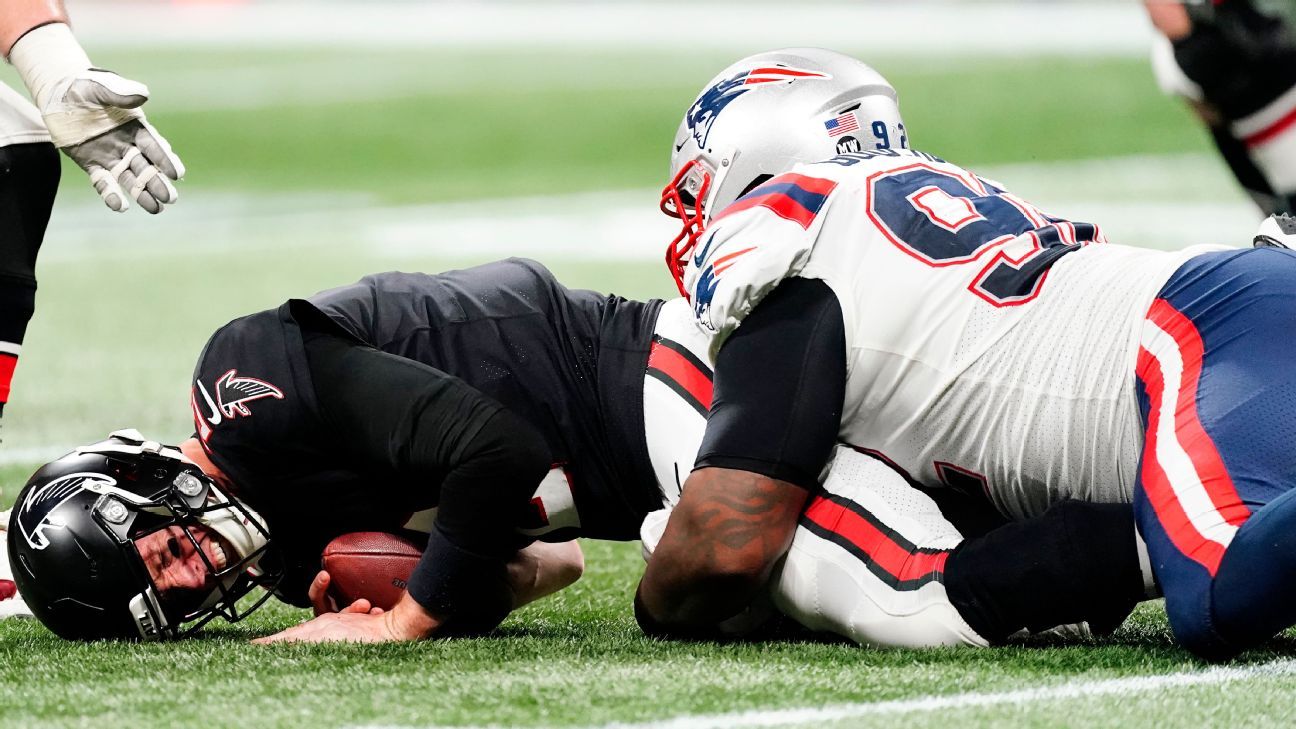 ATLANTA — The New England Patriots have won five games in a row after their 25-0 decision over the Atlanta Falcons on Thursday night at Mercedes-Benz Stadium, and it’s with an old-school formula that sparks memories of their early-2000s championship teams.

Led by a hard-hitting defense, an offense with rookie quarterback Mac Jones that relies on the shorter, quick-rhythm passing game, and solid special teams, they are a physical team that plays complementary football. It’s a brand of full-team football that has taken them far in the playoffs in the past.

“I don’t want to brag too much,” cornerback JC Jackson said, “but I feel like we got one of the best defenses in the league right now.”

In fact, this was the site where they beat the Los Angeles Rams 13-3 in Super Bowl LIII — a most recent reminder that a tough D paired with those complementary ingredient can lead them where they want to go.

“That’s something that you always have in the back of your mind, as a quarterback, you know you have a really good defense,” said quarterback Mac Jones. “You can try to get a feel for the way the game is being played based on the way they’re playing too.”

The Patriots’ next four games represent arguably the hardest part of their schedule — at home against the AFC-leading Tennessee Titans (8-2), then back-to-back road games against the Buffalo Bills (6-3) and Indianapolis Colts (5-5) before a home date against the Bills. They’ll have a bye after the first Bills game.

Judon’s career high: Outside linebacker Matthew Judon’s second-quarter sack gave him 10.5 this season, setting a career high. His previous high was 9.5, with the Ravens in 2019. He’s the first Patriots player with double-digit sacks in a season since Chandler Jones in 2015. The 10.5 sacks are also the most by a Patriots player in his first season with the team, with the prior high of 10 shared by Andre Carter (2011), Mark Anderson (2011) and Garin Veris (1985). A big-money free-agent signing — four years, $56 million, with $32 million guaranteed — Judon’s contract has been a bargain.

Mac’s quick release: The Patriots relied on the short, quick-rhythm passing game with rookie quarterback Jones, whose efficiency continues to impress. In the first half, for example, he averaged 4.5 air yards on his throws, going 13-of-13 on targets within 10 yards of the line of scrimmage. He also averaged 2.30 seconds from snap to release, per NFL Next Gen Stats. That contributed to the Falcons having trouble generating consistent pressure. The first pass that Jones attempted with more than 20 air yards — which came in the third quarter — was intercepted.

Run, run, run: The Patriots ran the ball 11 times in the first quarter, their most first-quarter rushes since Week 13 of last season. It was an early statement that they intended to impose their physicality on the Falcons, and lean on the combination of Damien Harris and Rhamondre Stevenson — rotating each back on a series-by-series basis. Harris returned after missing Sunday’s win over the Browns due to a concussion sustained in Week 9.