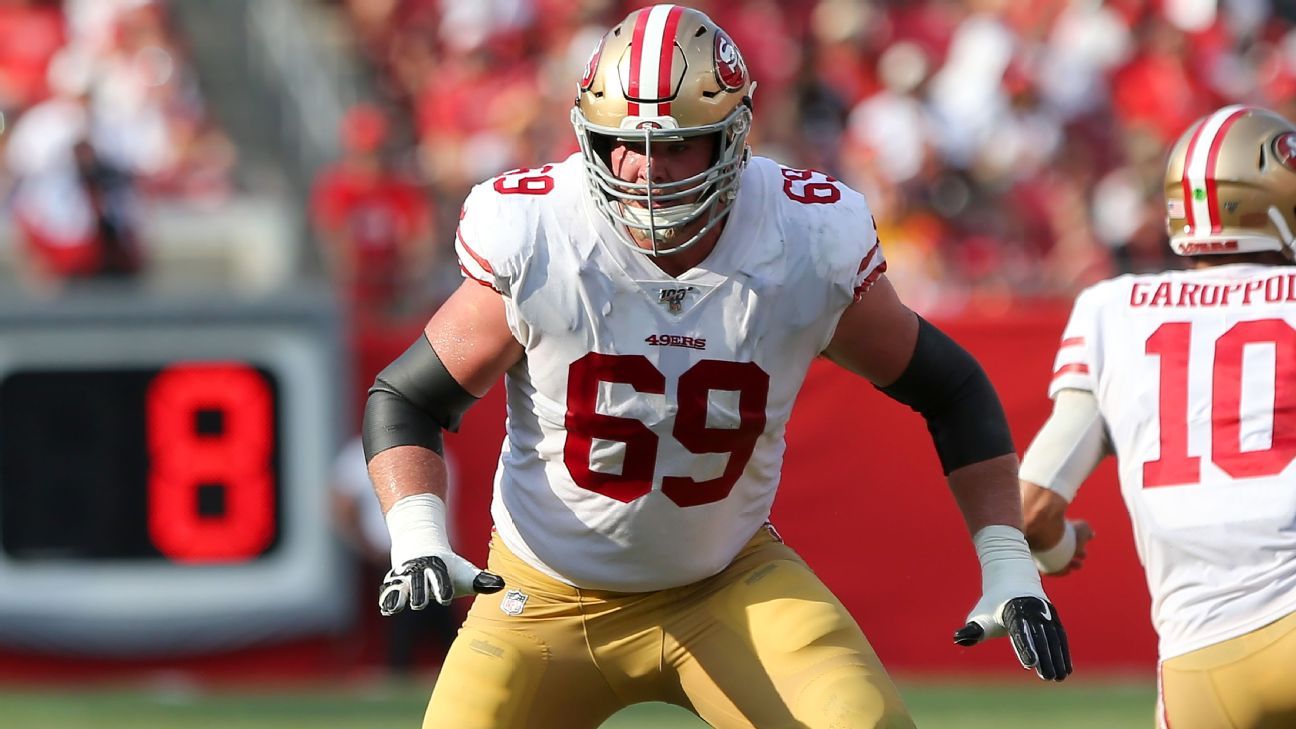 McGlinchey suffered the injury in the first half of the Niners’ 31-17 loss to the Arizona Cardinals on Sunday at Levi’s Stadium. After the game, Niners coach Kyle Shanahan said he was unsure of the severity of McGlinchey’s injury, but further testing revealed the tear, per a source.

Veteran Tom Compton replaced McGlinchey and struggled against an Arizona defense that finished with five sacks on Sunday. Shanahan said postgame that rookie Jaylon Moore did not step in for McGlinchey because he’s spent most of his time working at left tackle, but acknowledged that if McGlinchey is out for an extended period of time, Moore would be considered as the long-term replacement.

McGlinchey, the No. 9 overall pick in the 2018 NFL draft, has started all eight games at right tackle this season and has missed just four of a possible 56 regular-season games in his nearly three and a half seasons in the league. The 49ers picked up McGlinchey’s fifth-year option in April, guaranteeing his $10.88 million salary for the 2022 season.