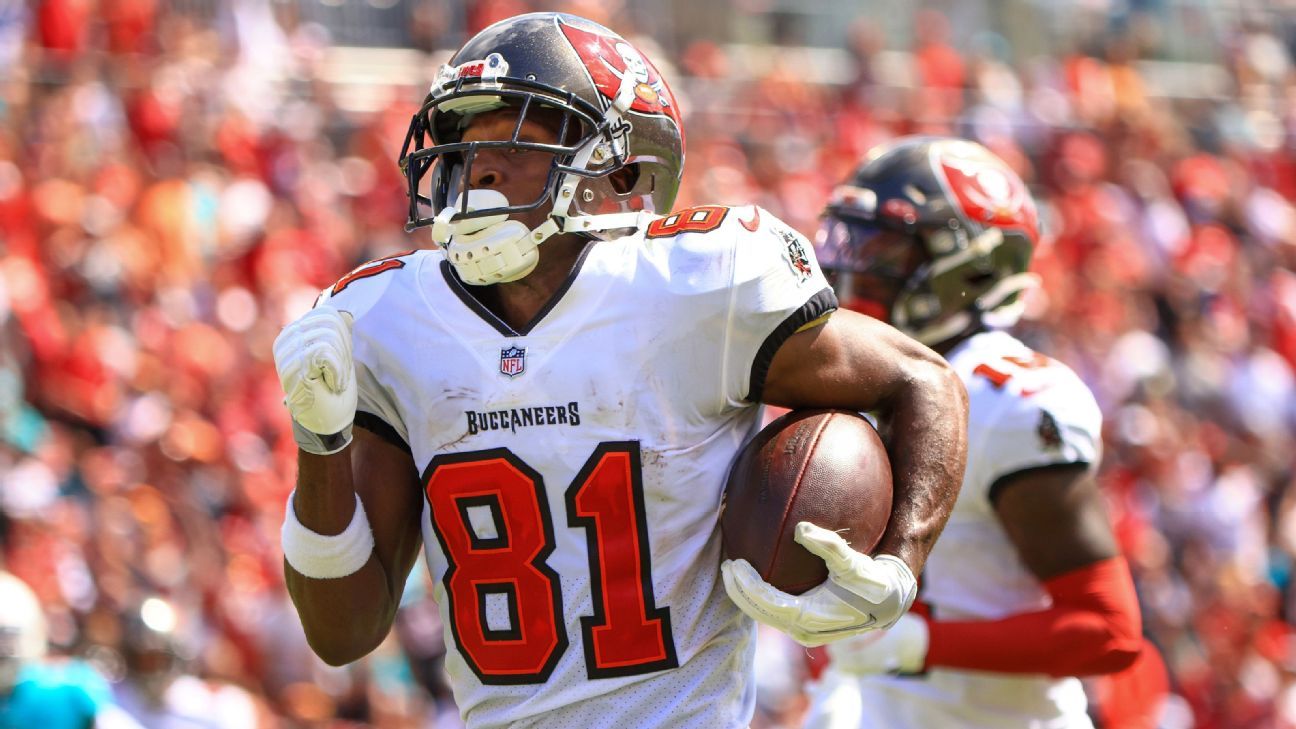 TAMPA, Fla. — Despite extra rest from the bye week, the Tampa Bay Buccaneers (6-2) will again be without two of quarterback Tom Brady’s favorite targets in tight end Rob Gronkowski and wide receiver Antonio Brown this week when they travel to face the Washington Football Team (2-6).

Bruce Arians also said that wide receiver Chris Godwin, who suffered a foot injury on a tackle at the New Orleans Saints in Week 8, will travel to Washington but will be a “game-time” decision. Godwin did not practice Monday, Wednesday or Thursday of this week but did make an appearance during Friday’s practice. He is officially listed as questionable.

There is also a possibility that starting cornerback Sean Murphy-Bunting and wide receiver Scotty Miller — who both began their 21-day practice window last week to return from injured reserve — could be activated this week. Murphy-Bunting has been on IR since suffering a dislocated elbow in Week 1, while Miller has been recovering from significant turf toe.

Both Brown and Gronkowski did make appearances on the practice field this week. Brown, who has been dealing with an ankle injury since the Bucs’ 28-22 win at the Philadelphia Eagles in Week 6 and returned from the bye still in a walking boot, was spotted catching passes using a Jugs machine.

Gronkowski suffered cracked ribs and a punctured lung in the Bucs’ 34-24 loss at the Los Angeles Rams in Week 3. He returned in Week 8, just before the bye, but only managed to play five snaps at the New Orleans Saints because of back spasms, which Arians said are related to the rib injury. He was out on the practice field doing some running with trainers.

The team has not been eager to rush either back from their injuries, despite dealing with a plethora of them all season as they try to defend their 2020 Super Bowl title. Arians has been pleased with the work of Tyler Johnson, who caught five of six targets against New Orleans for 65 receiving yards, and Cyril Grayson, who made an electrifying touchdown catch on a 50-yard deep ball from Brady against New Orleans.

If Miller isn’t ready to be activated, and if Godwin can’t go, there is a possibility that the Bucs could call up newly signed wide receiver Breshad Perriman, who joined the practice squad this week. Perriman last played for the Bucs in 2019, before signing with the New York Jets as a free agent in 2020 and the Chicago Bears in 2021.

“He looks fine. He remembered a lot of stuff. We’ll see how it goes for this week, but he looks good,” Arians said, before being asked if Perriman would be ready, if needed, to take some snaps. “I don’t think there’s any problem.”