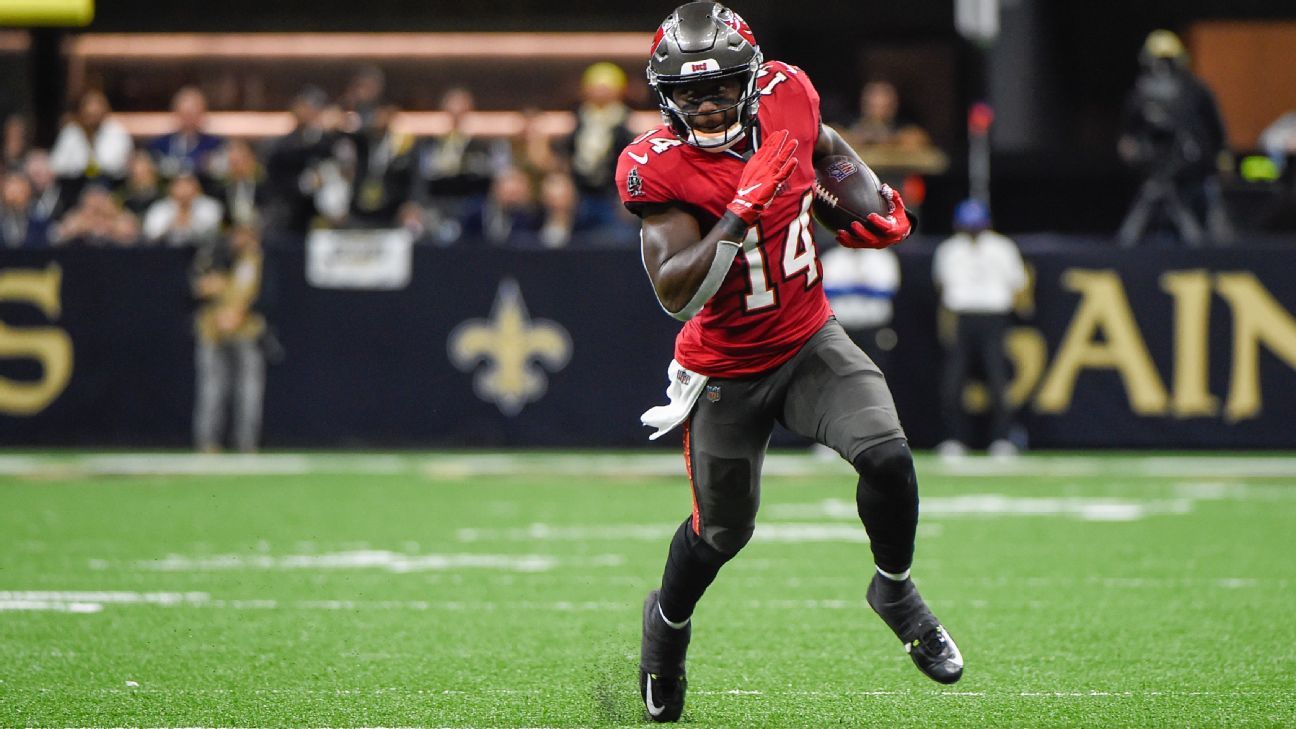 LANDOVER, Md. — Tampa Bay Buccaneers wide receiver Chris Godwin is expected to be active and play Sunday at Washington despite dealing with a foot injury, sources told ESPN on Saturday.

Godwin sustained the injury two weeks ago at New Orleans, on a tackle, and missed all but one practice this week coming off the bye. He was able to do some work on Friday, but was limited.

The Bucs are already without wide receiver Antonio Brown, who has been dealing with an ankle injury since Week 6, and tight end Rob Gronkowski, who suffered cracked ribs and a punctured lung in Week 3.

Wide receiver Scotty Miller and cornerback Sean Murphy-Bunting began a 21-day practice window last week coming off Injured Reserve, but the team did not activate either player on Saturday.

Cornerback Richard Sherman will return Sunday after suffering a hamstring injury in Week 6.

The Bucs did elevate wide receiver Breshad Perriman and tight end Darren Fells — both signed this week — from the practice squad.