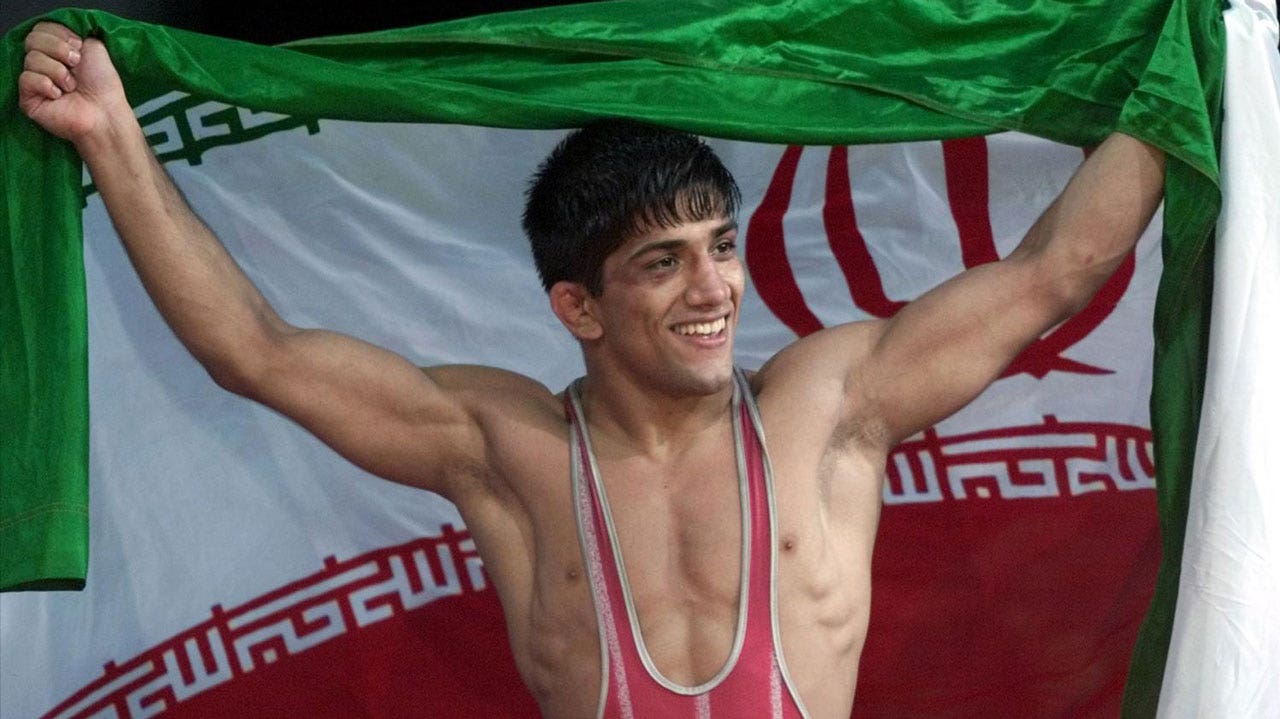 Jerusalem − The president of the Iran Wrestling Federation, who used his position to call for the destruction of America, might not be permitted to travel to the United States for a slated dual meet between the two countries’ national teams in February following a Fox News Digital exposé.

“We always chant ‘Death to America’ but importantly is showing it in action,” said Dabir, who won a gold medal in freestyle wrestling at the Olympics in Sydney in 2000. He added that “A doctor [in Iran], he might even be wearing a tie, but he is doing his job well. He is saying ‘Death to America.’ Some talk a lot but don’t do much. We need to prove it [Death to America] with an action.”

Iranian regime-controlled media are abuzz with discussions on whether Dabir will be barred from attending the dual meet in Arlington, Texas on February 12. “According to rumors, the US embassy may not issue a visa to the president of the Wrestling Federation,” reported the Iran Labor News Agency.

In response to the Fox News Digital article, the U.S. government news organization Voice of America reported that Dabir’s “anti-American” remarks might produce “the possibility of canceling the Iranian national wrestling team’s trip to the United States.”

A State Department spokesperson told Fox News Digital on Tuesday, “The U.S. and Iranian Wrestling teams are scheduled to compete against one another in an event planned for February 12, 2022, called ‘The Bout at the Ballpark.’

“Matters involving visa issuance for any individual members of the Iranian team are subject to Privacy Act concerns and will be adjudicated strictly in accordance with U.S. law,” the spokesperson continued.

”As National Security Advisor [Jake] Sullivan said earlier this week, ‘We are united in our resolve against threats and provocations. We are united in the defense of our people. We will work with our allies and partners to deter and respond to any attacks carried out by Iran. Should Iran attack any of our nationals… it will face severe consequences.’”

CHINESE CITIES LOCK DOWN AHEAD OF OLYMPICS TO STOP COVID, 20 MILLION PEOPLE CONFINED TO HOMES

The U.S. spokesperson added, “The Bout at the Ballpark is a private, commercial sporting event hosted and operated by the Arlington, Texas-based REV Entertainment to be held at Globe Life Stadium in Arlington, Texas. Any questions related to its conduct or operation should be addressed to those entities.”

Fox News Digital sent numerous press queries to Rich Bender, the executive director of USA Wrestling, and to all the sponsors of USA Wrestling, including the U.S. Marines and the multi-national sportswear corporation Nike.

Fars News, a news outlet controlled by Iran’s Islamic Revolutionary Guard Corps—a U.S.-designated foreign terrorist organization—reported that Iranian regime foreign ministry spokesman Saeed Khatibzadeh lashed out at Fox News for its reporting on Dabir. Khatibzadeh said, “We should not politicize sports,” adding that “the direction of… [Fox News] is clear.”

Sardar Pashaei, an Iranian-American former star wrestler and ex-coach of Iran’s national Greco-Roman team, fired back at Khatibzadeh: ”Isn’t sending a wrestler to the U.S. with the slogan ‘Death to America’ ​​a political act?”

Pashaei told Fox News Digital: “What about not allowing Iranian athletes to compete with Israeli athletes? What about the torture and execution of protesting athletes? People of the world should know that in Iran, if you compete with Israel as an athlete not only will you be banned from competing for the rest of your life but you and your family will be arrested.”

The Islamic Republic of Iran’s Supreme Ali Khamenei made clear his discriminatory policy in September 2021.

“Any Iranian athlete worthy of the name cannot shake hands with a representative of the criminal regime in order to win a medal,” Khamenei told Iran’s medalists from the Tokyo Games. Khamenei, who has repeatedly called for the destruction of Israel and denied the Holocaust, added that “The genocidal, illegal Zionist regime attempts to gain some legitimacy by appearing in international athletic competitions. The world’s arrogant powers and their cohorts [the West] assist and support them in this.”

Lawdan Bazargan, an Iranian-American human rights activist who was imprisoned in Tehran’s notorious Evin Prison for dissent, told Fox News Digital, “How can U.S. Wrestling invite the wrestling team of the gender-apartheid Islamic Regime of Iran for a friendly match? They [Iranian women] are banned from participating in international competitions in several sports, including wrestling. Even in the sports that women can participate in, they are forced to wear a compulsory hijab that denies them the right to choose their clothes and makes them less competitive compared to the other teams with the appropriate uniforms.”

Bazargan noted that “Iranian athletes such as Shirin Shirzad and Shiva Amiri had to flee to the West and wrote about their experiences in the #LetUsTalk Campaign, experiences such as discrimination, compulsory hijab, and even assault and sexual harassment.”

She called for a boycott of the dual meet set for Texas.

Pashaei, who won a Greco-Roman wrestling world championship title for Iran, told Fox News Digital that USA Wrestling should pull the plug on the dual meet with Iran’s regime.

He sent a letter from the United for Navid organization to Bender at USA Wrestling, stating: “On behalf of thousands of Iranian athletes we urge you to refrain from inviting Iranian government-sponsored athletes as long as the government tortures and executes athletes, deprives women of participation in competitions, and chants ‘Death to America’ in their media. Refrain from inviting officials and athletes who are government propaganda tools that are anti-women and anti-American.”

The United for Navid campaign seeks justice for the late champion Greco-Roman wrestler Navid Afkari. The Islamic Republic of Iran hanged Afkari in September 2020 for his role in a demonstration against the regime’s corruption.

Source link After Fox News report, Iran’s America-hating wrestling boss might be banned from US