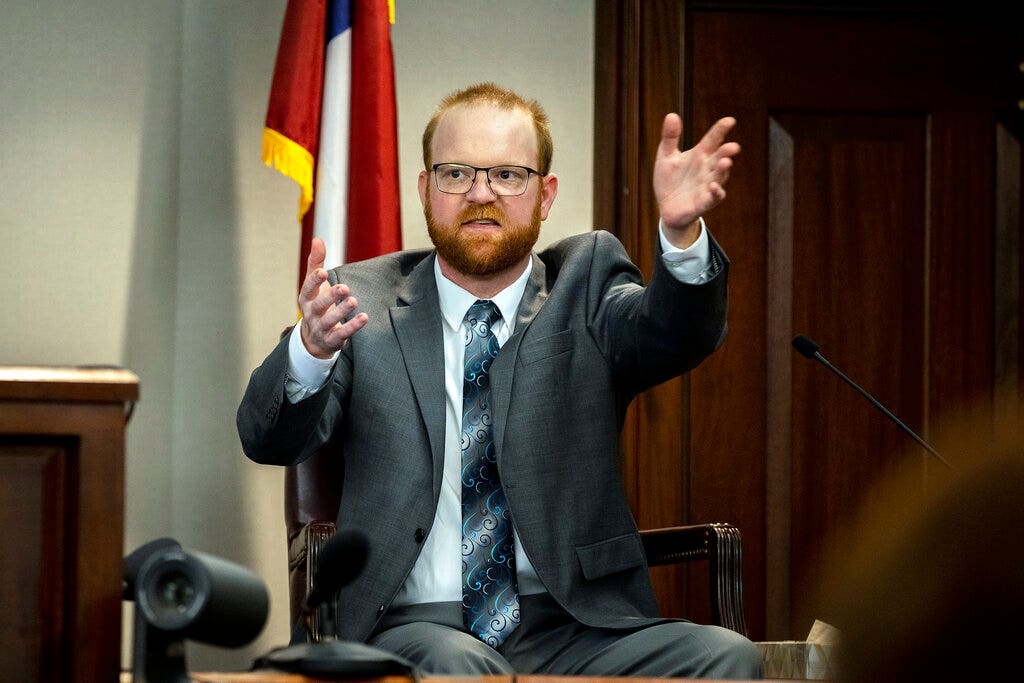 Jurors in the case of three White men charged with the murder of Ahmaud Arbery are set to begin day two of deliberations Wednesday morning in Georgia.

The jury, comprised of 11 White jurors and one Black juror, reviewed the case for more than six hours Tuesday after closing arguments. Court will resume at 8:30 a.m. EST.

Prosecutor Linda Dunikoski presents a closing argument to the jury during the trial of Travis McMichael, his father, Gregory McMichael, and William “Roddie” Bryan, at the Glynn County Courthouse, Monday, Nov. 22, 2021, in Brunswick, Ga. The three men charged with the February 2020 slaying of 25-year-old Ahmaud Arbery.
(AP Photo/Stephen B. Morton, Pool)

Travis McMichael, his father, Greg, and their neighbor William ‘Roddie’ Bryan have all been charged with Arbery’s murder.

The McMichaels told police they suspected Arbery was a fleeing burglar when they armed themselves and jumped in a pickup truck to chase him on Feb. 23, 2020. Bryan joined the pursuit when they passed his house and recorded a cellphone video of Travis McMichael shooting Arbery with a shotgun as Arbery threw punches and grabbed for the weapon.

Graphic video of his death leaked online two months later and the Georgia Bureau of Investigation took over the case, arresting the three men.

Dozens of Black Lives Matter and Black Panther protesters gather outside the Glynn County Courthouse where the trial of Travis McMichael, his father, Gregory McMichael, and William “Roddie” Bryan is held, Monday, Nov. 22, 2021, in Brunswick, Ga. The three men charged with the February 2020 slaying of 25-year-old Ahmaud Arbery. (AP Photo/Stephen B. Morton)

Defense attorneys contend the McMichaels were attempting a legal citizen’s arrest when they set off after Arbery, seeking to detain and question him as a suspected burglar after he was seen running from a nearby home under construction.

Prosecutors said there was no evidence Arbery had committed crimes in the defendants’ neighborhood.

“You can’t claim self-defense if you are the unjustified aggressor,” prosecutor Linda Dunikoski told jurors in her final closing arguments. “Who started this? It wasn’t Ahmaud Arbery.”