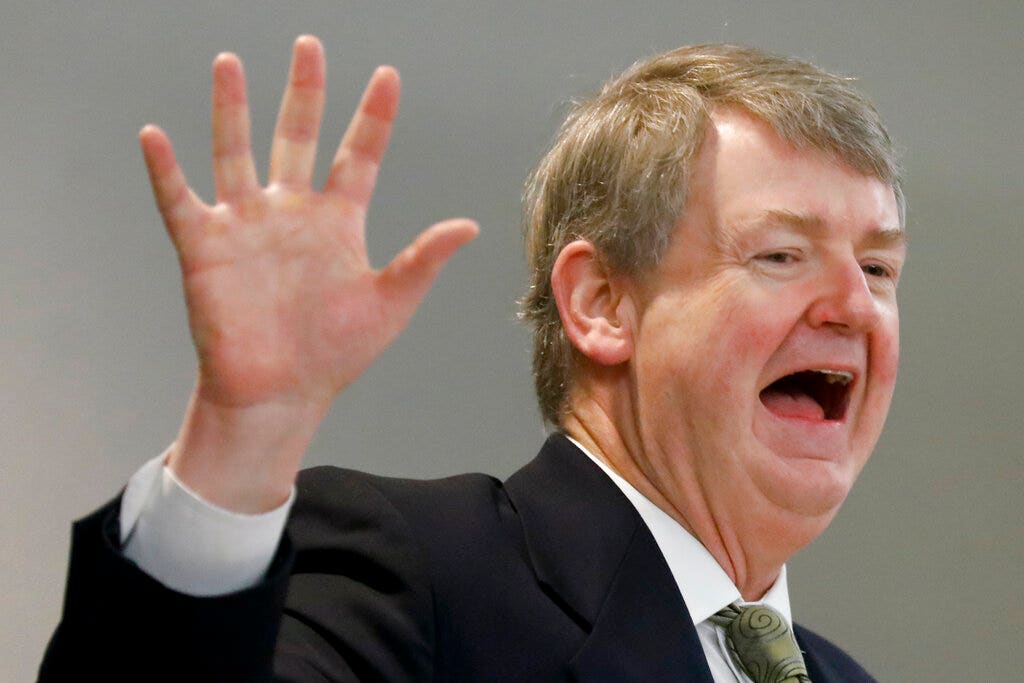 A defense attorney for one of the White men charged with the slaying of Ahmaud Arbery likened a rally of pastors outside the Georgia courthouse Thursday to a “public lynching” of the defendants.

Attorney Kevin Gough, who was widely condemned for trying to bar Black pastors from the courtroom, made the eyebrow-raising comment Friday during a motion for a mistrial.

“This is what a public lynching looks like in the 21st century,” Gough told Glynn County Superior Judge Tim Walmsley, who promptly shot down the request. No jurors were present.

Defense attorney Kevin Gough speaks during the trial of Greg McMichael and his son, Travis McMichael, and a neighbor, William “Roddie” Bryan at the Glynn County Courthouse, Friday, Nov. 19, 2021, in Brunswick, Ga.  The three are charged with the February 2020 slaying of 25-year-old Ahmaud Arbery.  (Octavio Jones/Pool Photo via AP)

Gough said his client’s right to a fair trial has been violated by a “left woke mob.”

Sharpton organized the rally after Gough tried to have Jackson ejected from the courtroom on Monday as he sat with the slain man’s mother and father.

Pastor Jamal Bryant, bottom center, leads a group prayer for to nearly 750 pastors, supporters and family of Ahmaud Arbery gathered outside the Glynn County Courthouse during a Wall of Prayer event, Thursday, Nov. 18, 2021, in Brunswick, Ga. (AP Photo/Stephen B. Morton)

Last week when Sharpton was seated in the public gallery, Gough told the judge, “We don’t want any more Black pastors coming in here.”

Bryan took cellphone video of Travis McMichael blasting Arbery in the chest at close-range, as Arbery threw punches and tried to seize his shotgun. Arbery was unarmed.

“This case has been infected by things that have nothing to do with the guilt or innocence of these defendants,” railed Gough, who has repeatedly argued that the presence of the prominent leaders and the commotion outside the courthouse could sway the jury.

Gough made the lynching comment after prosecutor Linda Dunikoski accused the lawyer of intentionally stoking public outrage so he could complain about it.

“He’s motioned for a mistrial based on something that he’s caused,” she said.

The conference Friday was held to discuss the legal instructions the judge will give to the jury after closing statements on Monday.

The defendants are charged with murder, aggravated assault and false imprisonment for which they face up to life in prison.