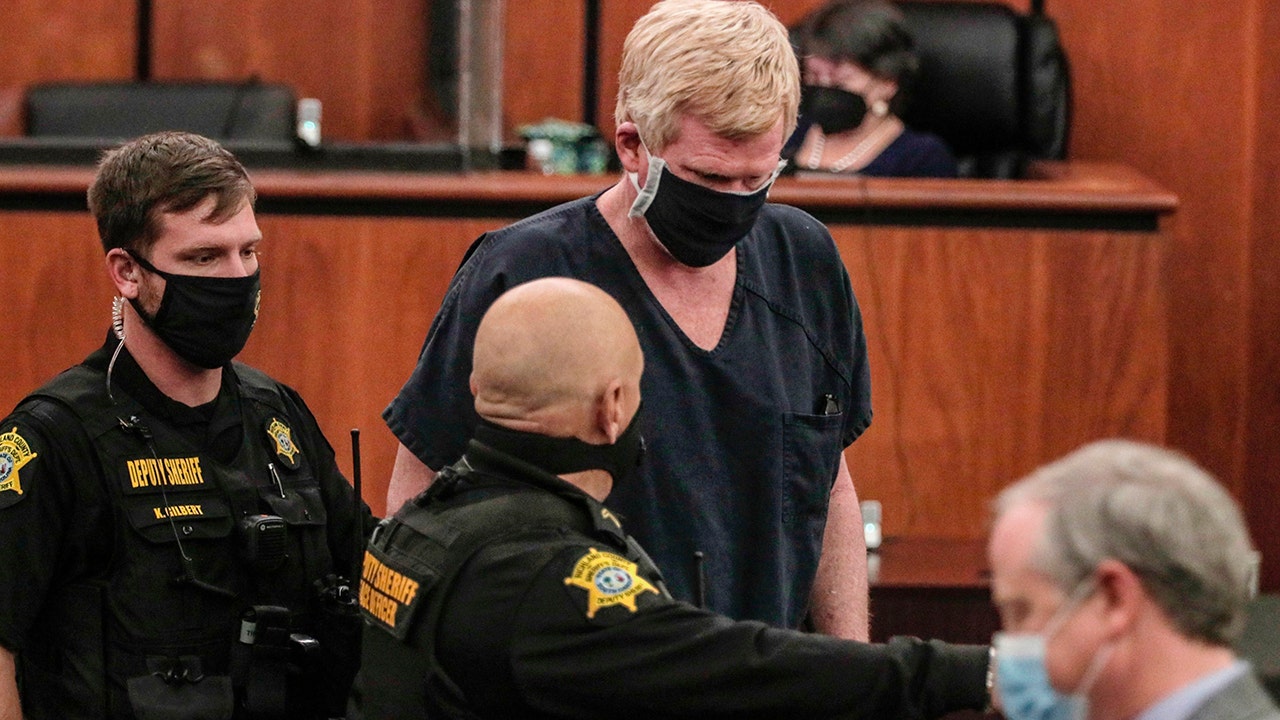 A South Carolina judge said Monday that she would decide at a later date whether to reduce a $7 million bond for Alex Murdaugh, the disgraced attorney accused of stealing $6.2 million from several former clients, including a highway patrolman, a quadriplegic man, and the sons of his late housekeeper.

Dick Harpootlian, one of Murdaugh’s attorneys, argued that his client is not a flight risk and is no longer a danger to anyone because the “tools that he allegedly used to steal money from these folks are no longer available to him.”

One of Murdaugh’s alleged victims, South Carolina Highway Patrolman Thomas Moore, said that Murdaugh was “always very nice” to him after he suffered a devastating neck injury while in the line of duty, but claims the attorney conned him out of $125,000 in settlement funds.

“Here’s the problem. He treated me that nice and he stole every dime I had from the injury that occurred,” Moore told the judge on Monday.

Murdaugh’s legal troubles began in June after his youngest son and wife were found shot to death on the family’s Colleton County estate.

Months later over Labor Day weekend, Murdaugh allegedly hired a former client to shoot him so that his oldest son, Buster Murdaugh, could collect on a $10 million life insurance policy.

After the botched suicide attempt, Murdaugh spent weeks at rehab centers in Georgia and Florida for an opioid addiction, then was arrested in October on charges that he stole $3.4 million from the sons of his late housekeeper, Gloria Satterfield, who died after tripping and falling in the Murdaugh home in 2018.

Eric Bland, who is representing Satterfield’s sons, said Monday that his clients want to ensure that Murdaugh “doesn’t try to take his life like he did, evidently in early September.”

“I think he holds the answers to how all this happened, and who was involved,” Bland told the judge.

State police say Murdaugh was arrested Thursday, Oct. 14, 2021 at a drug rehab facility in Orlando, Fla., where his attorneys say he has spent the past six weeks since claiming he was shot in the head. (Orange County, Fla. via AP)

Justin Bramberg, an attorney for several of Murdaugh’s alleged victims, said that he takes issue with the idea that Murdaugh wouldn’t flee if he was let out on bond.

“This idea that Alex Murdaugh has never attempted to flee – that’s a skewed view of reality here. Suicide is the ultimate attempt to flee,” Bramberg told the judge.

“The money that was misappropriated and stolen from them wasn’t just fun money, it wasn’t just ‘I’m going to go to Las Vegas and gamble’ money. This was money that was supposed to be used to compensate them for injuries, so that they could afford medical care.”

Defense attorneys argued that the $7 million bond effectively amounts to no bond at all because Murdaugh is broke.

“Mr. Murdaugh does not have $7 million or anything close to that amount,” his defense attorneys wrote in a filing last week. “Mr. Murdaugh is a man who cannot pay his phone bill.”

The deaths of Murdaugh’s son and wife remain unsolved and the disgraced attorney claims he had nothing to do with their murders.

Judge Lee said she would take the arguments “under advisement” and issue a written ruling at a later date.

Source link Alex Murdaugh’s alleged victims sound off at hearing: ‘He stole every dime I had’