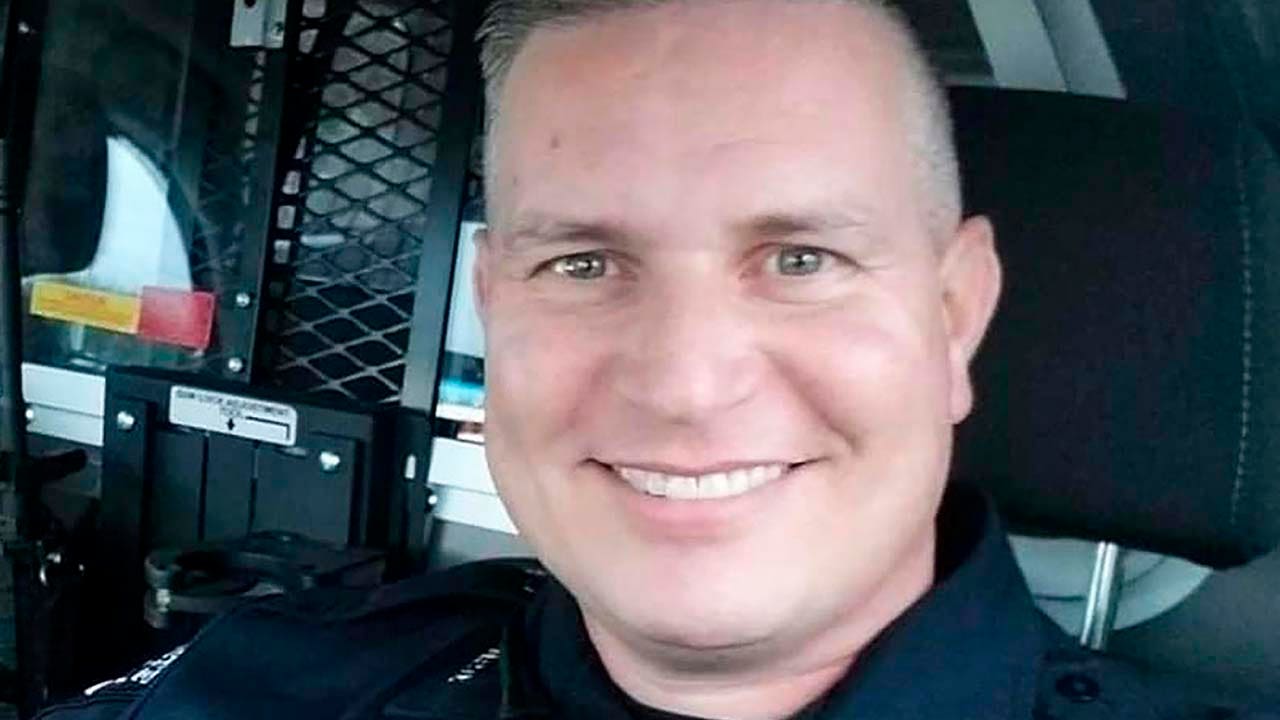 A Texas cop killed in the line of duty last week during a disturbance call was responding to a dispute between a wife and her husband, whom she had just confronted about his alleged infidelity before he fatally shot the officer and then shot himself in the head, according to authorities and a local report.

The new details in the murder of Mesquite Officer Richard Houston outside a suburban Dallas supermarket on Friday were released Tuesday in police documents on and obtained by FOX4 Dallas-Fort Worth.

GEORGIA POLICE OFFICE AMONG 4 DEAD IN RAMPAGE THAT ALSO LEFT BOY, 12, SHOT IN THE FACE

The documents contained police interviews with the mistress and daughter of 37-year-old shooting suspect Jamie Jaramillo that connect the details of what led to the disturbance call.

Jaramillo’s wife, later identified as 43-year-old Juventina Vazques Bences, and their daughter confronted Jaramillo and his mistress in their car in the parking lot. Bences had accused him of being unfaithful for months, according to police.

When Houston arrived, Jaramillo pulled out a gun and, for an as-yet unknown reason, engaged him in an exchange of gunfire, shooting the officer twice, police said. Jaramillo then shot himself in the head once, according to the report.

Investigators gather at the area where a Mesquite, Texas police officer and a suspect were killed Friday after exchanging gunfire, authorities said.
(FOX4 Dallas-Fort Worth KDFW)

“This was a senseless act of violence,” Mesquite Police Chief David Gill said. “Richard was a great officer, friend, father, and husband. Please keep his family and our family in your prayers.”

Jaramillo has been charged with the capital murder of a peace officer. A mug shot has yet to be released as he continues to recover from his wound.

Bences was arrested during the same incident and charged with aggravated assault. After Jaramillo shot himself, Bences allegedly picked up the gun and pointed it at the mistress in the car, according to the documents.

Police said the charge against Bences was in relation to the initial disturbance and not the officer-involved shooting. She was being held on $100,000 bond and an immigration hold, the station reported.

Houston joined the Mesquite police force in 2001. He was married with three children.

A funeral for Houston will be held on Thursday.