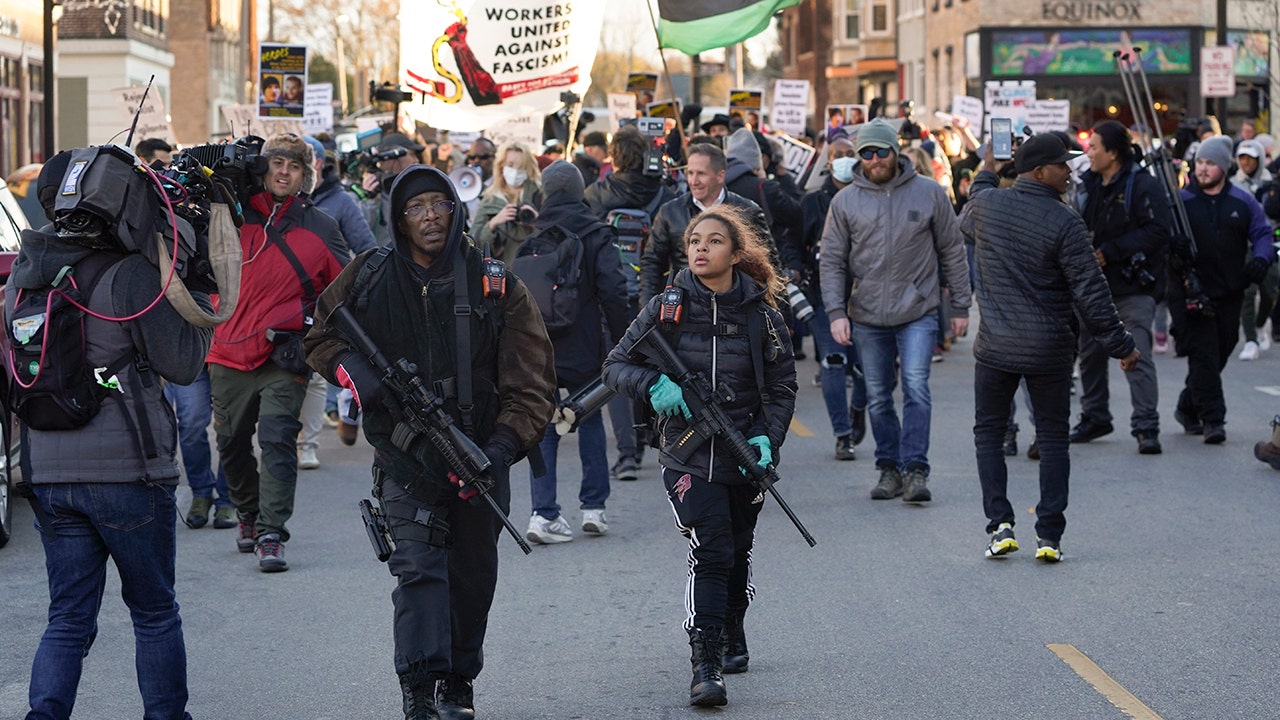 A Wisconsin father and his teen daughter armed themselves with rifles to “protect” a large group of demonstrators protesting the acquittal of Kyle Rittenhouse in Kenosha on Sunday.

Erick Jordan and his 16-year-old daughter, Jade, were photographed marching ahead of the protesters as they carried the firearms. Jordan was also pictured carrying a holstered handgun on his hip.

Jordan told the New York Post that he and his daughter “do security for different groups” and were doing a favor for the group of about 75 demonstrators on Sunday.

Jordan had previously made an appearance outside the Kenosha courthouse Friday after jurors found Rittenhouse not guilty on all counts.

“I got a job to do — protect these people. That’s it,” said Jordan, referring to speakers at a news conference that was held in the hours after the verdict.

Erick Jordan walks down a street with his rifle offering protection near a news conference Friday, Nov. 19, 2021 in Kenosha, Wis. (AP Photo/Paul Sancya)

“This is my town, my people,” Jordan said. “We don’t agree on a lot of things, but we fight, we argue, we agree to disagree and go home safe, alive.”

Rittenhouse was facing the five charges after he fatally shot two people and injured a third person during the second night of civil unrest in Kenosha on Aug. 25, 2020.

His attorneys argued that the then-17-year-old was acting in self-defense after being attacked from behind when he shot Gaige Grosskreutz, 27, as well as deceased Joseph Rosenbaum, 36, and Anthony Huber, 26 during the riots following the police shooting of a 29-year-old Black man, Jacob Blake.

Jordan told the Post that he supports the Second Amendment and was on the streets of Kenosha protecting a restaurant and two parking lots on the night Rittenhouse shot the men.

He also said that he’d been training his daughter to use firearms since she was 4 years old, but never let her touch a gun until she was 14.

Fox News’ Audrey Conklin and The Associated Press contributed to this report.