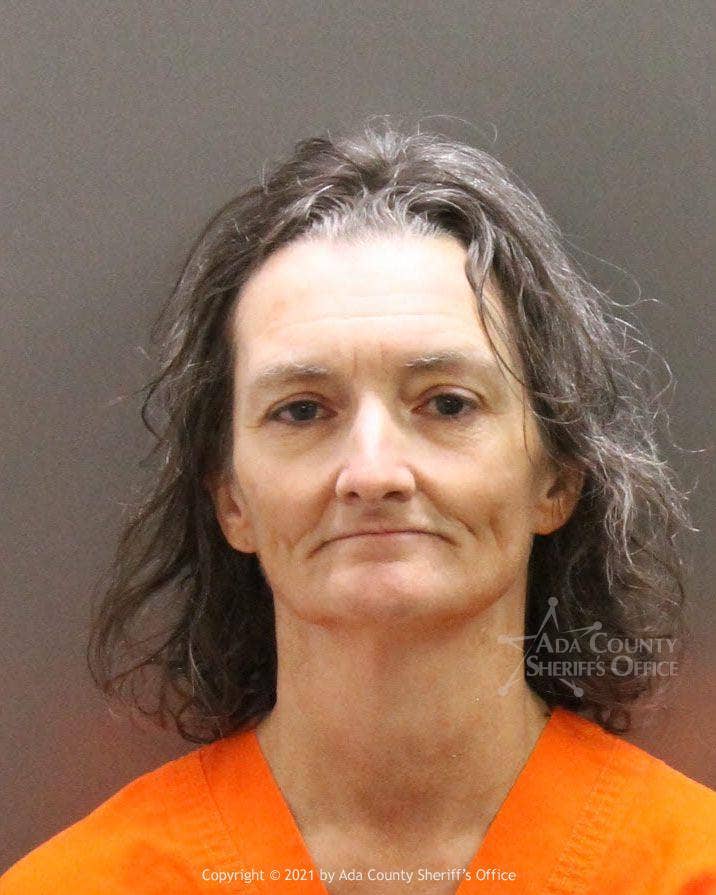 A Boise woman was arrested for allegedly stealing belongings from the body of a deceased security guard who was killed in a shooting at a mall last week.

Mary Alyce Scarbrough, 54, was charged with destruction, alteration, or concealment of evidence, malicious injury to property, and theft, according to Ada County Sheriff’s Office records. She is being held on a $250,000 bond.

Jacob Bergquist, 26, allegedly walked into Boise Towne Square on the afternoon of Oct. 25 with multiple guns.

A security guard approached Bergquist and “the suspect began to walk away, then turned back and shot the security officer,” according to the Boise Police Department.

Bergquist then fired several more rounds inside the mall before engaging in a gunfight with officers outside, shooting one round through the brim of a baseball cap that an officer was wearing.

Police close off a street outside a shopping mall after a shooting in Boise, Idaho on Monday, Oct. 25, 2021. Police said there are reports of multiple injuries and one person is in custody. (AP Photo/Rebecca Boone)

Jo Acker, a 26-year-old security guard and US Army veteran, was killed. Roberto Padilla Arguelles, 49, was also shot and killed as he was riding an escalator inside the mall.

The suspect died at a local hospital the morning after the shooting.

A prosecutor said in court last Wednesday that after Acker was shot, Scarbrough “approached the dying security guard at the mall” and stole her rings, a gun belt, and other property, the Idaho Statesman reports.

Scarbrough also allegedly was caught by a janitor “rummaging around in his office,” according to the local news outlet.

Law enforcement officers collect evidence near the scene of a shooting at the Boise Towne Square shopping mall in Boise, Idaho, US, October 25, 2021. REUTERS/Shannon Stapleton

“I can’t even put into words how completely devastated and shattered I am,” Lannigan wrote. “You were and are and always will be a hero. I love you to the ends of this earth and beyond.”