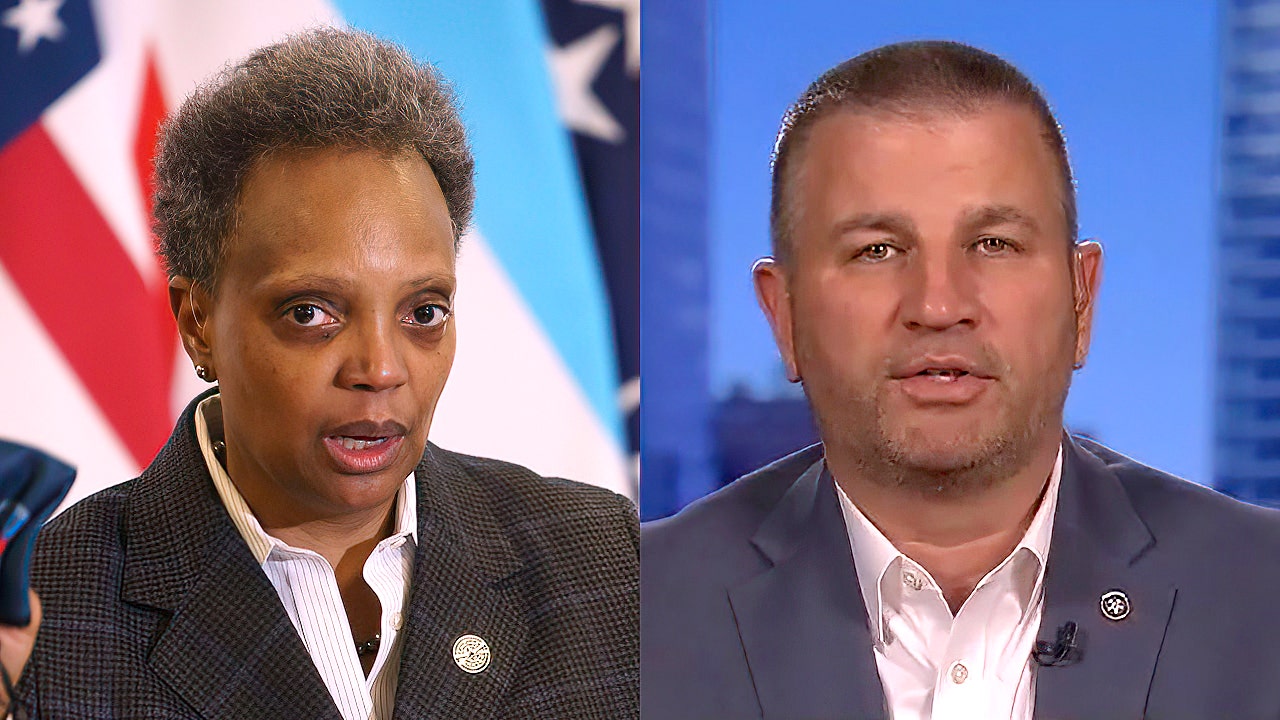 Chicago Mayor Lori Lightfoot brushed off a threat by the controversial head of the city’s largest police union to run against her in 2023, saying his candidacy would “be a gift.”

Lightfoot’s remarks come amid a very public and contentious relationship with John Catanzara, president of the local Fraternal Order of Police. During a news conference Thursday, a reporter asked her about an earlier comment in which he said he plans to run for her seat.

“It would be a gift, Lightfoot said as she held her hand over her heart. “Let him run. I’d have a lot of fun with that.”

Fox News has reached out to the union chief.

The pair have frequently clashed over vaccine mandates, the rise in gun violence across the city and other issues. On Wednesday, Catanzara officially retired from the police force but will still serve as boss of the union that represents more than 17,000 current and former rank-and-file officers.

In his retirement paperwork, he wrote “Finally!!! Let’s go Brandon,” a slogan used by opponents of President Biden, in the remarks section, WGN-TV reported.

His departure from the force came amid a disciplinary hearing before the Chicago Police Board this week to determine if he should be fired. As an officer, Catanzara amassed dozens of violations related to inflammatory social media posts and the alleged filing of false police reports.

In a statement on Tuesday, Lightfoot called him a “man of hate” who was trying to avoid accountability.

“The evidence of his guilt was overwhelming as set forth in the hearing, and he clearly sought to avoid the eventual reckoning by resigning under investigation and then divesting the Police Board of jurisdiction,” she said.

Chicago’s Mayor Lori Lightfoot speaks during a science initiative event at the University of Chicago.
(Reuters)

During an interview after the first day of the inquiry, Catanzara said his ambitions to become mayor are no joke.

“Don’t ruin my office. I’m coming for the keys,” he said in a message to Lightfoot.

Source link Chicago Mayor Lightfoot dismisses police union leader’s potential run against her: ‘It would be a gift’