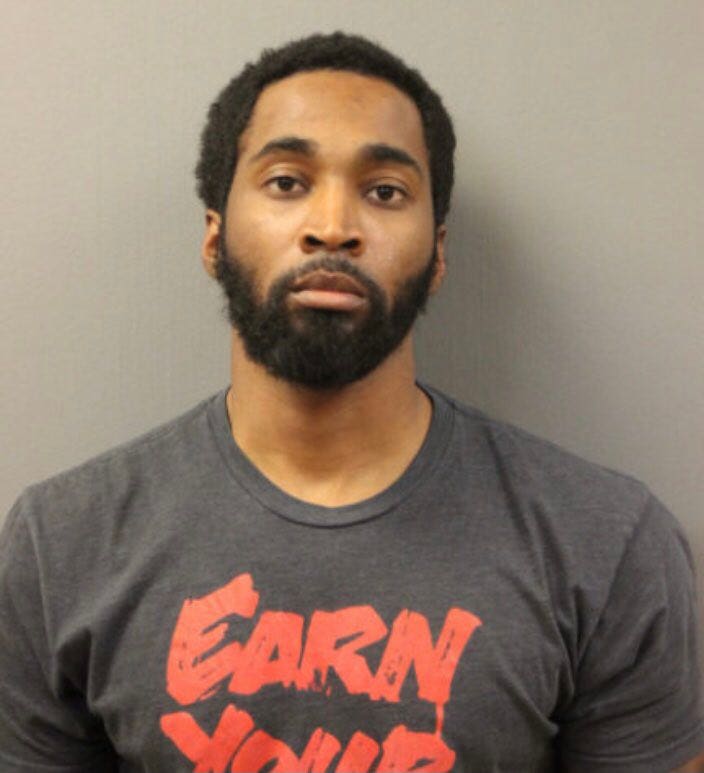 A Chicago police officer was arrested and charged with murder after the mother of one of his children was found shot dead inside her home last week, according to reports.

Pierre Tyler is charged with first degree murder in the death of Andris B. Wofford. Both 29-year-olds were in a dating relationship and shared a nine-month-old child, Cook County prosecutors said. Judge Charles Beach denied bond for Tyler during his first court appearance Saturday.

Chicago police responded to the 2100 block of North Nashville Avenue at 10:10 a.m. on Thursday to perform a wellness check. Upon arrival, officers found the woman inside the front door of the apartment with a fatal gunshot wound to the head, WLS-TV reported.

Pierre Tyler is charged with first degree murder in the death of Andris B. Wofford.
(Chicago Police Department)

During Saturday’s hearing, prosecutors outlined how Wofford had told family members she planned to confront Tyler earlier in the week. During their relationship, Tyler also had a child with a different woman and Wofford mistakenly believed he secretly married her.

Wofford learned on Dec. 5 that Tyler had a “pending child support case” with the mother of his other child, Cook County assistant prosecutor Craig Engebretson said, according to the Chicago Tribune. By Dec. 8, surveillance cameras captured Tyler walking into Wofford’s home.

A neighbor reported to investigators hearing the two begin quarreling around 7 p.m. followed later by a “loud muffled bang” around 8:30 or 9 p.m. when the yelling immediately stopped. At 9:01 p.m., video shows the front door slightly opening and then “abruptly shutting,” Engebretson said, and Tyler is caught on camera leaving out the back door a minute later.

The prosecutor said video shows Tyler wearing what appeared to be a handgun in a holster on his back and carrying the same “distinct keychain” Wofford was seen using earlier in the day.

He leaves the scene in his personal car.

Wofford’s father, who was babysitting Wofford’s child, received a text message from his daughter’s phone at 9:11 p.m. saying she would “be there in a bit,” but she never arrived. Her parents contacted police the next morning.

Prosecutors described how Wofford was still wearing her coat when responding officers arrived the next day. Her home did not appear ransacked and there were no signs of forced entry, but her phone and keys were missing, the Chicago Sun-Times reported.

A shell casing found next to her body indicated she was killed by a 9mm bullet – and that shell casing matched one of many found in Tyler’s gun range bag during the execution of a search warrant. Tyler was subsequently arrested and stripped of his police powers.

Tyler also claimed he left his firearm at Wofford’s place, but the gun was not found.

Tyler’s defense attorney Tim Grace described the case as largely circumstantial and highlighted to the judge Tyler’s service in the U.S. Army, which included two deployments to Afghanistan and Kuwait. A graduate of Prosser High School, he also served in the National Guard and reached the rank of sergeant before he was honorably discharged.

Tyler joined the Chicago Police Department in 2016, and according to his attorney, has received more than 60 departmental honorable mentions as well as the tactical award for excellence. He is a father to three children, including one with Wofford.

He is being held in protective custody at Cook County Jail until his next court appearance.