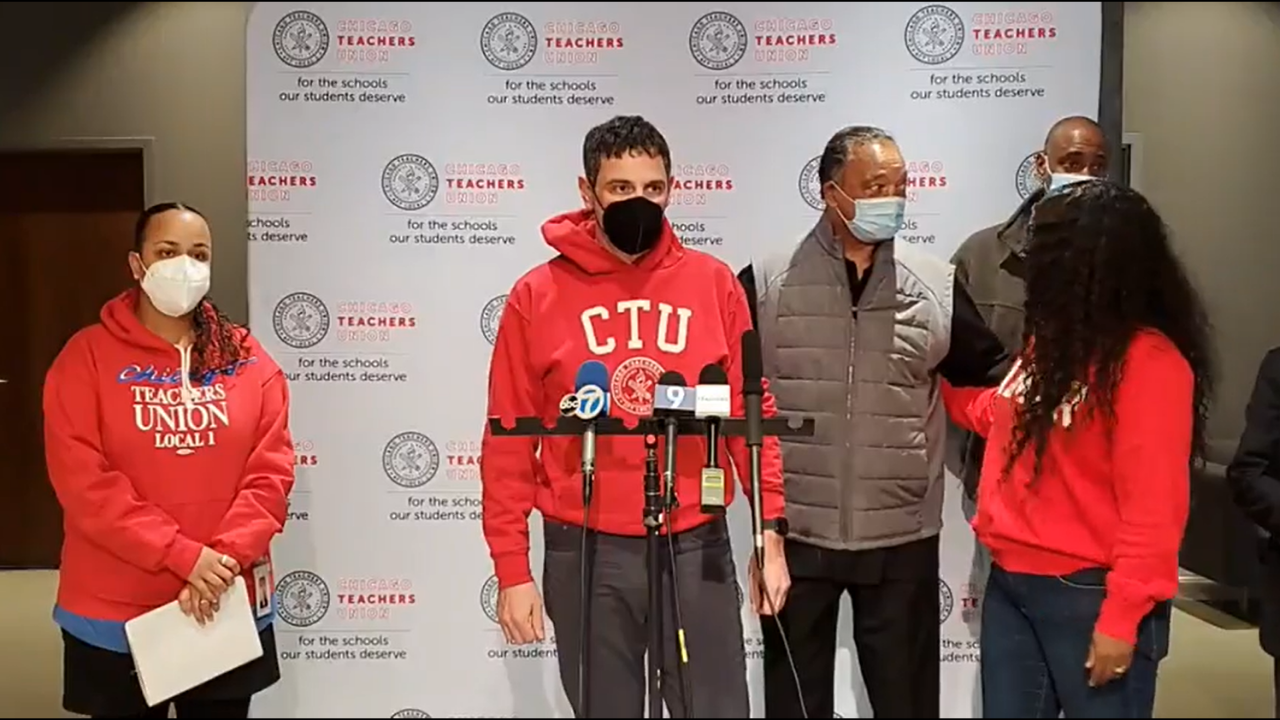 Chicago Teachers Union President Jesse Sharkey said that the mayor’s opposition to remote learning is a “talking point” during a press conference on Saturday.

During the press conference where the Chicago Teachers Union unveiled their new proposal to the Chicago Public Schools to get back to in-person learning, Sharkey said that Chicago Mayor Lori Lighfoot’s opposition to remote learning is “just a talking point,” adding that remote education is a “tool.”

“I hear the mayor say that she doesn’t want to do remote. But honestly, that’s just a talking point, it’s an idea, ‘remote is bad.’ Remote education is a tool. Teachers view remote education, yeah, it’s not as good as in-person,” Sharkey said.

Sharkey said that remote learning should be viewed as an opportunity to have classes on days when it’s not possible to get students’ inside schools, such as during a blizzard.

“But like think about it, in the past, in Chicago, it’s wintertime. In the past, if you’ve got a blizzard, you’ve got two options. You can hold the school during the blizzard, right? In which case what? You know that most people aren’t going to come. It can be dangerous to get there. It’s going to put people at risk or you could cancel school. Those are the only two options you had. Now we have a third option. We could hold school remotely,” Sharkey said.

A survey published in April by the Children’s Hospital of Chicago looked at caregivers of children in the Chicago Public Schools, and found that nearly a quarter of children within the system were described as “stressed, anxious, angry or agitated” during the remote learning period brought on by the coronavirus pandemic.

CHICAGO PARENTS FILE LAWSUIT AGAINST TEACHER’S UNION: ‘RUG RIPPED RIGHT OUT FROM UNDER THEM AGAIN’

The survey was published in JAMA Network Open and surveyed over 32,000 caregivers of children in the Chicago Public Schools ranging from Pre-K to 12th grade, and took place from mid-June to July 15, 2020.

“Across the board, caregivers reported significantly worse psychological well-being after school closures as compared to before,” a press release by the Children’s Hospital of Chicago said.

The Chicago Public Schools has canceled classes since Wednesday, as a result of a Chicago Teachers Union vote on Tuesday night where members decided to go back to remote learning due to surging coronavirus cases in Chicago.

A move to remote learning was not accepted by the Chicago Public Schools, and classes have been canceled since Wednesday. CPS could cancel classes yet again on Monday if a deal is not struck with the Chicago Teachers Union.

Fox News has reached out to Mayor Lightfoot, the Chicago Teacher’s Union, and Sharkey.