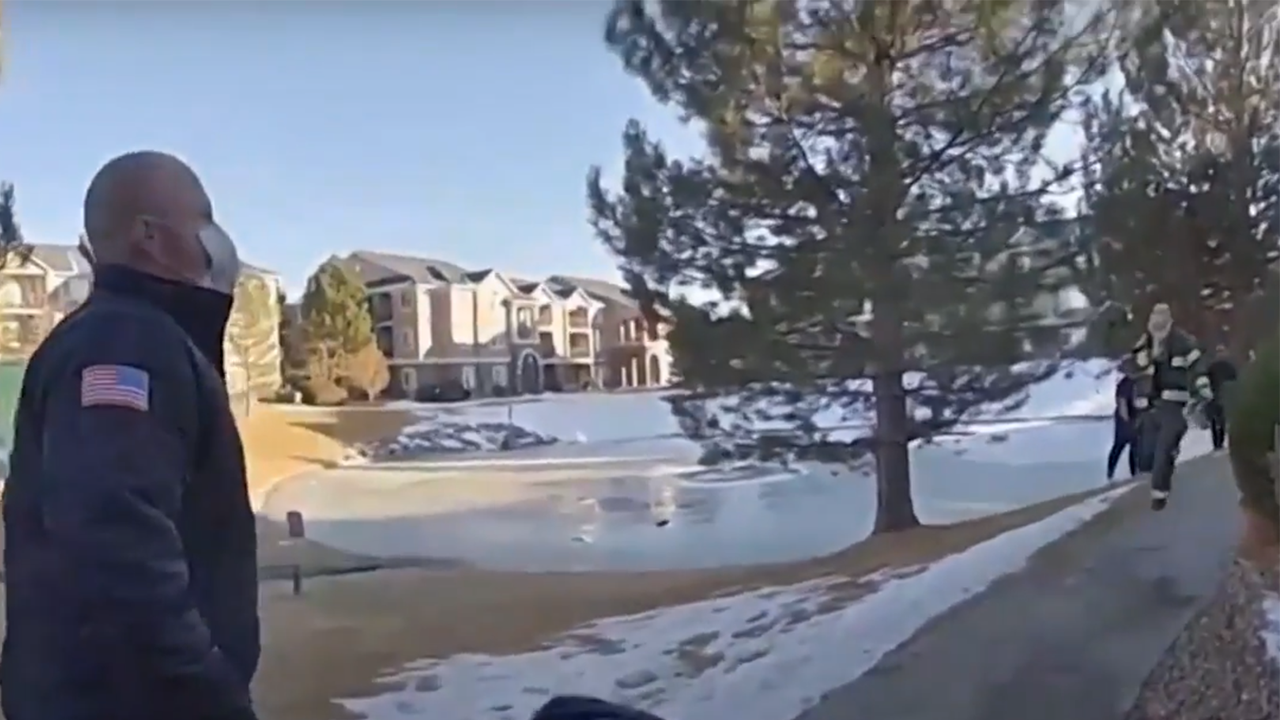 A Colorado woman is being praised for jumping into action when three children fell into an icy pond over the weekend.

Four juvenile relatives, ages 4 to 11, were playing on a frozen pond in a suburb of Denver Sunday afternoon when three of them fell in, the Arapahoe County Sheriff’s Office said.

A neighbor, 23-year-old Dusti Talavera, watched the horror unfold from her window.

“Before I even realized it, I was out there in the middle of the pond pulling two kids out,” she said during a Monday press conference. “And that’s when I fell in.”

Talavera managed to pull out a 4-year-old girl and an 11-year-old boy from the water but struggled to rescue the third child, 6-year-old girl. The girl’s 16-year-old male cousin arrived and helped Talavera pull the girl out of the water.

Arapahoe County sheriff’s deputies and South Metro Fire Rescue (SMFR) officials were on the scene within minutes. The sheriff’s office said the 6-year-old girl was not breathing, not conscious, and had no pulse. They said she was “cold to the touch, and her clothes were soaked.” Sheriff’s deputies performed CPR on the girl until SMFR took over the situation.

The girl was taken to a local children’s hospital. The sheriff’s office told Fox News Wednesday the girl has since been released from the hospital, reunited with her family, and is in good health.

Talavera told deputies she “wasn’t concerned for her safety because they were babies and they needed help.”

SMFR said it received multiple calls for people and animals going out onto ice-covered bodies of water. The department has advised residents against going out into these areas as temperatures warm and the ice is not as sturdy.

Fox News has reached out to Talavera for further comment.