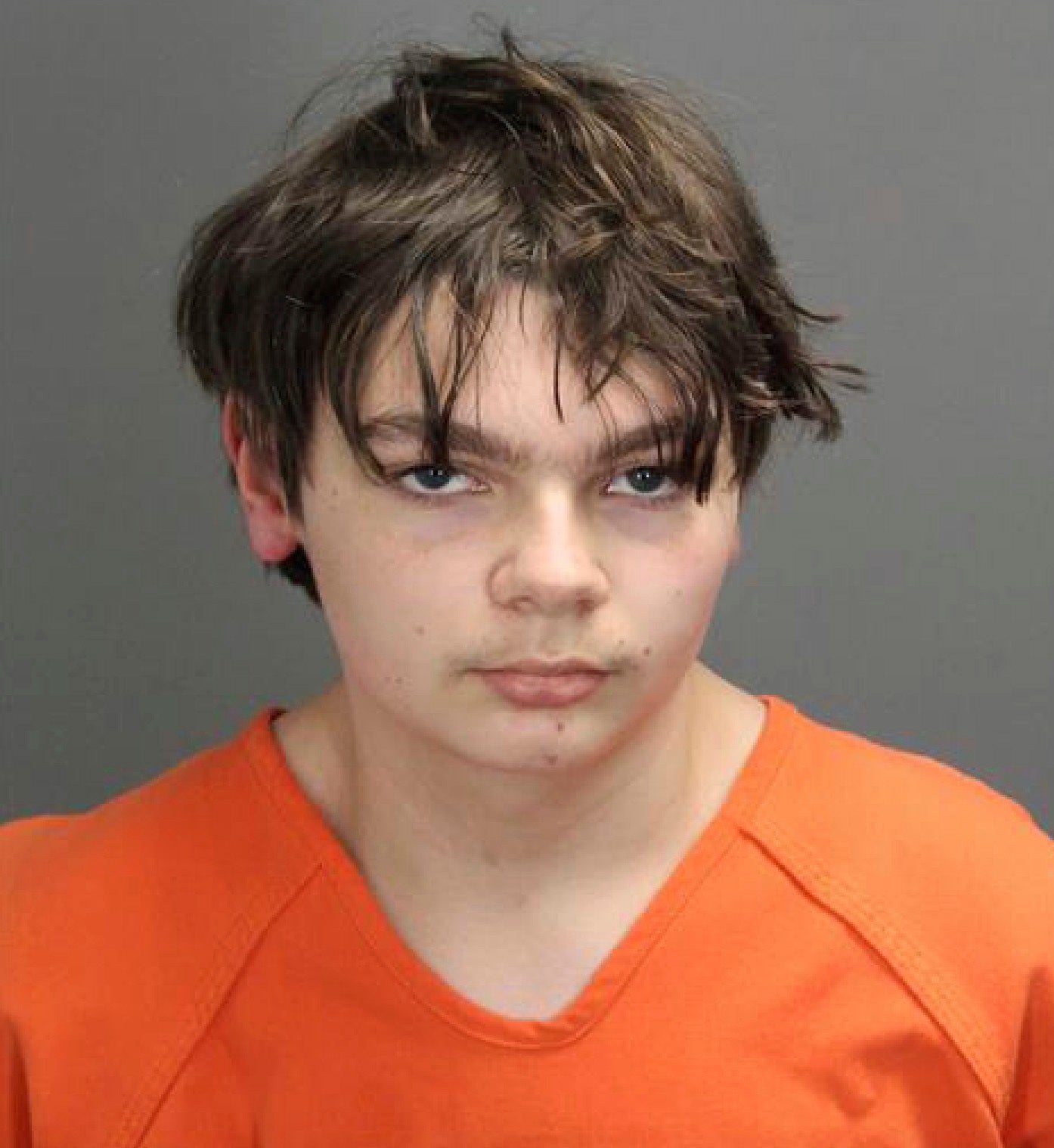 Ethan Crumbley, the suspected shooter who allegedly gunned down four students and injured several others during a rampage inside his Michigan high school that left the surrounding community devastated, pleaded not guilty Wednesday to the charges against him.

The plea was entered on his behalf by a defense attorney during a virtual Oakland County Circuit Court hearing. The 15-year-old is charged as an adult and remains in jail on no bond.

Ethan Crumbley, who is charged as an adult with murder and terrorism for a shooting that killed four fellow students and injured more at Oxford High School in Oxford, Michigan pleaded not guilty Wednesday.
(AP)

He remained silent during Wednesday’s legal proceeding aside from acknowledging that he could hear Judge Kwame Rowe. His attorneys waived his preliminary examination, which moves the case toward trial.

A status conference was set for Jan. 19.

The teenager’s parents, James and Jennifer Crumbley, are each charged with four counts of involuntary manslaughter.

Prosecutors said he used a pistol purchased by his father days prior to the shooting on Black Friday. The weapon was purchased for their son as a Christmas present, prosecutors said, citing a social media post by Jennifer Crumbley.

In addition, the couple ignored warning signs about their son’s behavior, including text messages to his mother in which he said he thought “there was a demon or a ghost or someone else inside the home.”

Both parents have pleaded not guilty.

School officials met with Crumbley and his parents to discuss violent drawings and written statements he made hours before the shooting. By refusing to take him home, prosecutors said James and Jennifer Crumbley breached their responsibility as parents.

People attend a vigil downtown to honor those killed and wounded during the recent shooting at Oxford High School on December 03, 2021 in Oxford, Michigan.
(Getty)

Oxford High School students returned to class Tuesday in a different building within the school district. The high school is expected to re-open on Jan. 24.