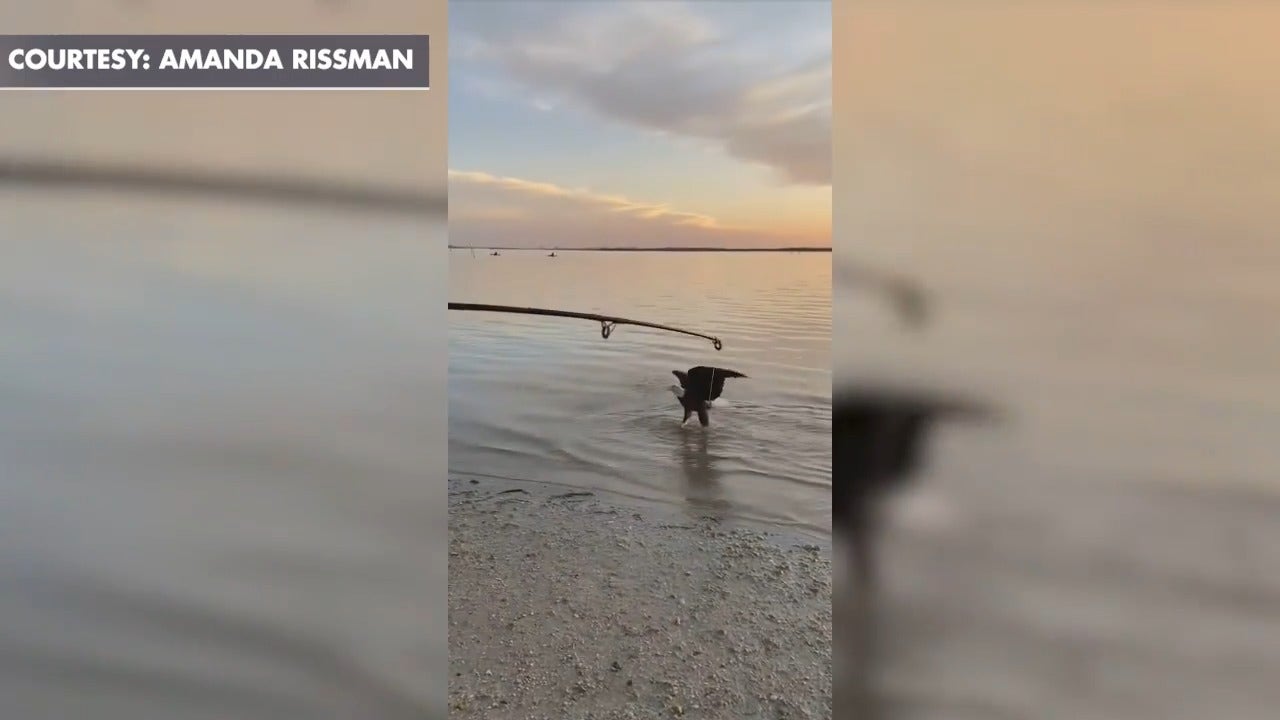 A Florida fisherman and his family captured the moment a bald eagle swooped down to steal their catch.

In a video of the encounter, Chad Rissman had been reeling in a shark on the Dunedin Causeway as the sun set when the bird of prey decided to claim it as its own.

Rissman’s uncle Darrin Vick had reportedly been on his way to grab the line, according to FOX 13 Tampa Bay.

The eagle stared back at the humans, gripping tight its aquatic prey.

“The way everything lined up, the sunset; I couldn’t have asked for a better time,” Rissman told the station.

“It’s just like brushing the greatness of the country all into one picture and one experience,” said Vick.

The line was cut short and both the line and hook were taken away from the eagle.

Kim Begay, with the Clearwater Audubon Society and Audubon Center for Birds of Prey, identified the eagle as “Eugene” to FOX 13.

The Florida Fish and Wildlife Conservation Commission (FWC) notes that Florida has one of the densest concentrations of nesting bald eagles in the lower 48 states, with an estimated 1,500 nesting pairs.

The bald eagle was removed from the U.S. Fish and Wildlife Service list of federally endangered and threatened species in 2007.

However, the bald eagle continues to be protected under the Bald and Golden Eagle Protection Act and the Migratory Bird Treaty Act, along with the state bald eagle rule (68A-16.002, F.A.C.).

The FWC removed the bald eagle from the state list of threatened species in 2008.

The Raptor Center of Tampa Bay notes that eagles are the largest bird of prey in the Sunshine State.

“In order to rescue a Bald Eagle you should be experienced handling them. We advocate always, if possible, having two people present at the rescue. We also request that if you receive a call for an eagle directly, immediately contact the center (813-205-1851),” they wrote, adding that bald eagles can “severely harm you or in a freak situation they can kill you. Unless you are experienced, please do not try to rescue one alone!”