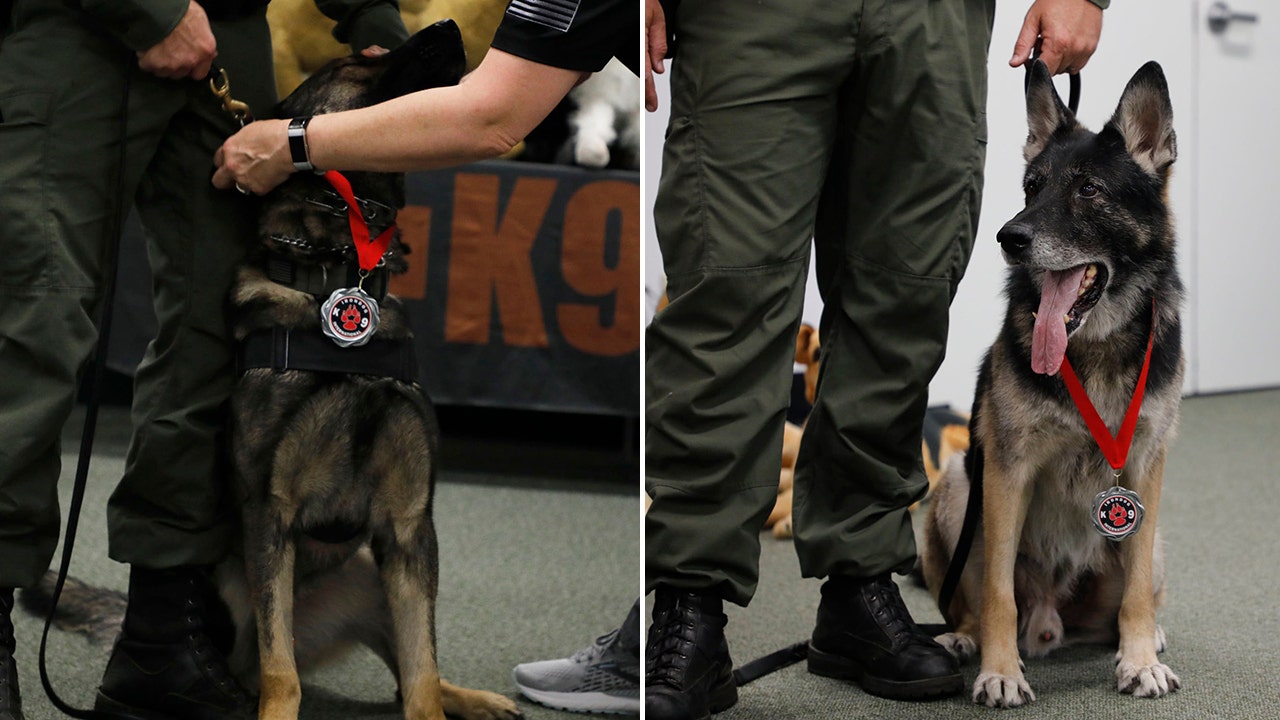 Two Florida K-9s were honored Wednesday with Purple Hearts after each suffering gunshot wounds while subduing an armed carjacking suspect in September.

K-9s Endo and Ax with the Volusia Sheriff’s Office received the sheriff’s Purple Heart and the Medal of Honor from Irondog K9, a non-profit organization that supports K-9 teams across the country and helped cover the dogs’ medical bills, the sheriff’s office said.

Ax was shot in the face while tracking the armed man into a wooded area in Deltona on Sept. 11. Endo was shot in the paw and chin almost two hours later when the suspect ran out from a wood line.

Sheriff Mike Chitwood praised both Ax and Endo following the shootings, saying there was “no doubt that K-9 Ax and K-9 Endo took bullets that were meant for my deputies.”

Ax and Endo appeared alongside their respective handlers, Deputy A.J. Davis and Deputy Brett Whitson, to receive the honors during the ceremony at the Deputy Stephen Saboda Training Center.

Endo has previously been awarded the sheriff’s office Medal of Valor and Purple Heart after he was shot in the neck while responding to a domestic violence call in 2016. He is retiring after nearly a decade of service.

Sheriff Mike Chitwood said that one of the first messages he received after Ax and Endo were shot was from Irondog K9 offering to cover the dogs’ medical bills.

“It was this incredible, heartwarming email saying that whatever your organization needs, whatever Endo and Ax need, we got you,” Chitwood said. “We got medical bills, we got training – you tell us what you want.”

Since September, the organization contributed more than $25,000 to the Volusia Sheriff’s Office, including $4,000 in medical bills, $4,200 in first aid kits and more than $18,000 for a three-day K-9 medic training class for all the sheriff’s K-9 handlers.

“Our job is to support these law enforcement K-9s and their handlers, and we are so excited to be able to be here for them,” said Irondog K9’s Mitzi Nash.