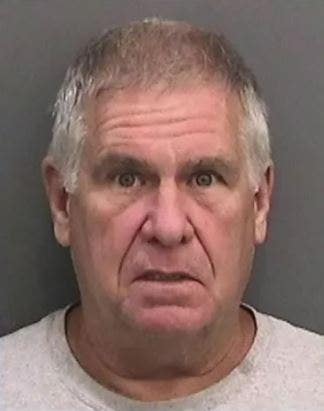 A Florida judge declined Wednesday to release a man suspected of killing and dismembering a Pennsylvania woman and throwing her remains in the waters near Tampa even with a GPS monitor because it “would not protect anybody from this individual.”

Robert Kessler is charged with second-degree murder and abuse of a dead body in the death of Stephanie Crone-Overholts.

During a court hearing, Hillsborough County Judge Catherine Catlin denied a defense request that Kessler be released on bond with a GPS monitor.

Robert Kessler is charged with the death of Stephanie Crone-Overholts after her partial remains were found in the waters near Tampa, Florida earlier this month, authorities said.
(Tampa Police Department)

“It was a heinous act, committed in his home, where his child resides, and in fact, in the child’s bedroom. It’s a total lack of concern for human life,” the judge said of his alleged crime, Fox affiliate WTVT-TV reported.

She added that the dismemberment of Stephanie Crone-Overholts showed a disregard for her body. Her remains were found by two fishermen in separate instances last month in McKay Bay, near downtown Tampa. Her family in Pennsylvania reported her missing after the remains were found.

“They were fishing, as they normally do in that area, and thought it first to be a mannequin leg, but as they got closer, realized it might actually belong to a human,” Tampa homicide Det. Matthew Kirkpatrick said at the bond hearing.

Crone-Overholts had injuries consistent with stab wounds near her neck and wounds on her hand, according to an autopsy.

During an inquiry by detectives, Kessler allegedly said he let her stay with him until she left around Nov. 5. They later found her blood in her car and inside his home, police said.

Kessler’s 8-year-old daughter told police the pair had a fight over money and that he told her to leave, the news outlet reported. He was later seen on surveillance video parking her car and walking away.

The family of Stephanie Crone-Overholts identified her as the person’s whose remains were found in the waters near downtown Tampa, Florida earlier this month.  (Tampa Police Department)

Source link Florida man accused of dismembering PA woman denied bail; ‘GPS monitor would not protect anybody’ from him