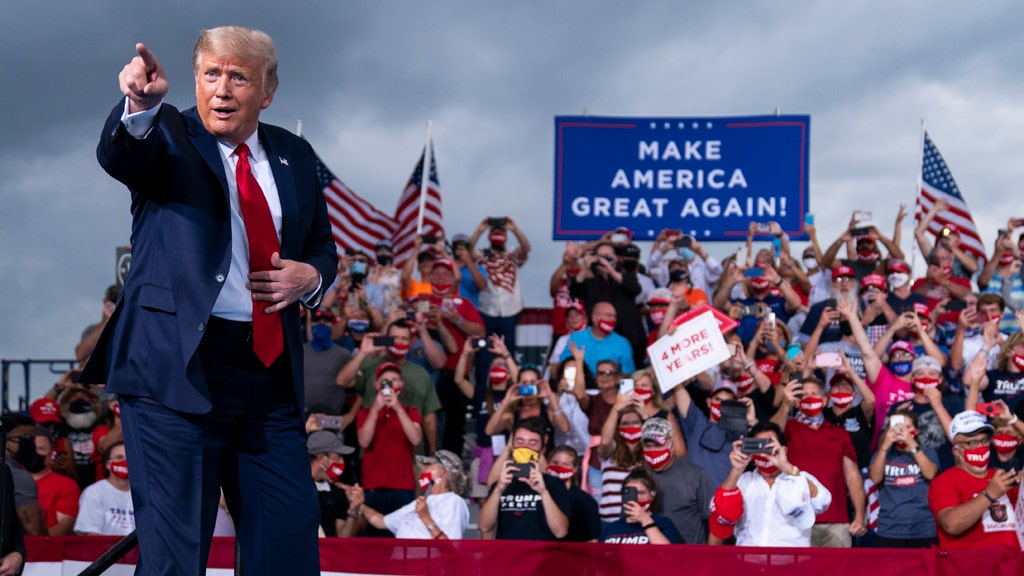 “I’m here on the beach, and I got a lot of traffic, and people needed to see what I believe in,” homeowner Marvin Peavy, of Seagrove Beach, told WMBB. “That’s free speech, and I wanted everyone to know that I’m a Republican and I’m supporting Donald Trump.”

The flags are almost three-stories-tall and have red backgrounds with white lettering. One reads, “Trump Won,” and the other says, “Let’s Go Brandon.”

Peavy is being fined $50 a day, which he said violates his right to free speech.

“People admire people that stand up, and we have got to start standing up,” Bill Fletcher, the chairman of the Walton County Republican Executive Committee said of Peavy. “He is the epitome of somebody who will stand up for his First Amendment right.”

Supporters of Peavy also came out to his home on Sunday and expressed shock over the daily fines.

“I had attended the code enforcement meeting when this was brought up, and I was quite shocked when they said they were going to fine him $50 a day for a banner that’s on his private property,” supporter Tabitha Howard told WMBB.

Peavy said he has no intention to remove the banners, and that people across the country have pledged to help pay for the fines. He added to the outlet that one woman in Louisiana even offered to pay for the fines for the next two years.

Peavy first hoisted a Trump 2020 flag on his home last year during the election cycle but removed it after Inauguration Day. That banner did not violate any codes because it was up during an election year.

He then hung up the “Trump Won” banner in May, which was followed by the “Let’s Go Brandon” banner on Saturday. “Let’s Go Brandon” morphed from the phrase “F— Joe Biden” earlier this year, and is commonly chanted at sporting events, concerts and other venues by critics of the president.

Another hearing over the banners is scheduled for Nov. 17. Peavy’s fines will be due if the code compliance magistrate finds him in violation again.