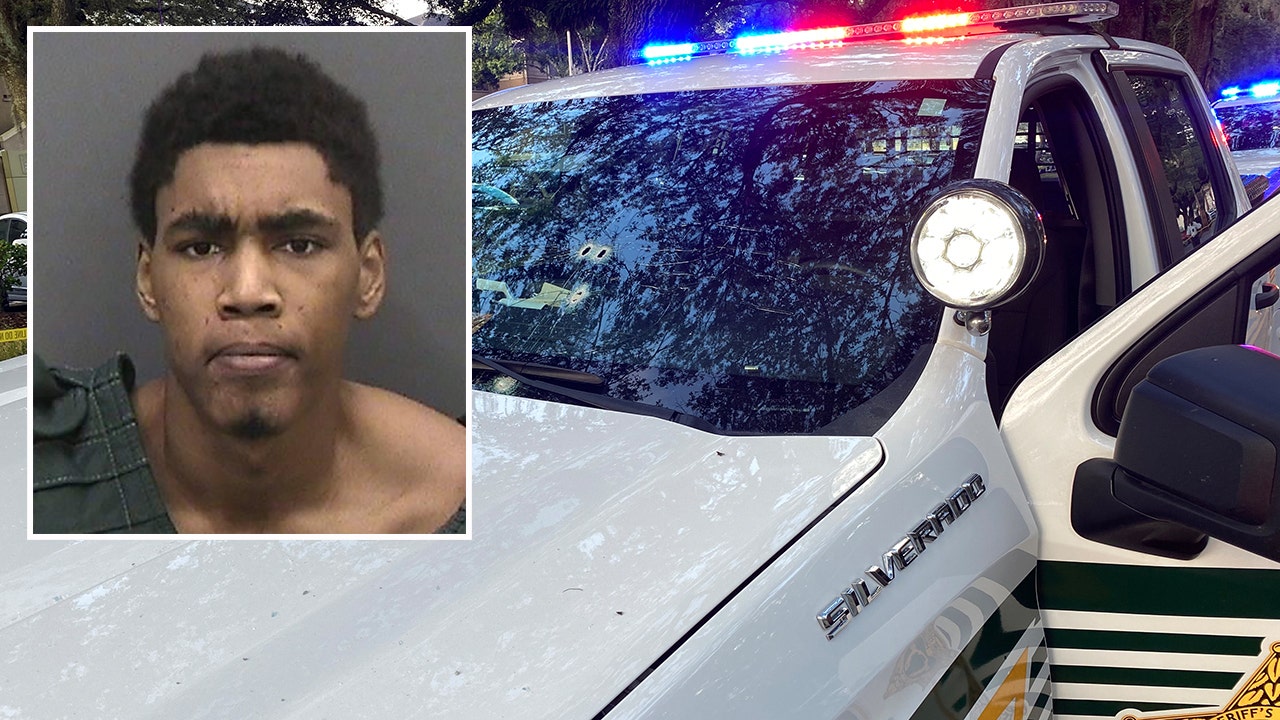 A Florida man was arrested Tuesday after firing nearly a dozen gunshots at a deputy during a traffic stop over the weekend and fleeing in a stolen car, authorities said.

Ma’at Lee, 20, of Tampa, was identified as the suspect who fired eight gunshots toward Hillsborough County Deputy Geovanny Rodriguez after he was pulled over on suspicion of driving a stolen vehicle just before 5 am Sunday, the sheriff’s office said in a news release.

FLORIDA DEPUTY SHOT AT 8 TIMES DURING TRAFFIC STOP, ‘ARMED AND DANGEROUS’ SUSPECT ON THE RUN

Rodriguez, 29, was not injured during the incident and was able to return fire as the suspect fled. The suspect’s vehicle, a silver Jeep Grand Cherokee that deputies say was stolen days earlier, was recovered nearby the scene.

Deputies hunted Lee for two days before taking the suspect into custody on Tuesday. Details of the arrest weren’t immediately made available.

“Our team of detectives worked quickly and diligently to piece together the sequence of events and ultimately identify this violent suspect who shot at one of our own,” said Sheriff Chad Chronister. “There is no room for this type of senseless violence in Hillsborough County, and now this individual will face justice for the crimes he committed against the innocent citizens of our community.”

Ma’at Lee, 20, of Tampa, was arrested Tuesday in connection to the deputy-involved shooting. He is also suspected in at least two other crimes taking place in the county just days earlier.
(Hillsborough County Sheriff’s Office)

Lee was also suspected of being involved in at least two other crimes in Hillsborough County, which took place just days before he shot at the deputy, the sheriff’s office said.

Lee was charged with armed robbery with a firearm, grand theft – firearm, armed carjacking and attempted murder of a law enforcement officer.

The deputy was not injured and returned fire as the suspect fled, the sheriff’s office said.
(Hillsborough County Sheriff’s Office)

Traffic stops are considered to be one of the most dangerous encounters police can have, according to law enforcement officers. Cops often navigate situations where they find drugs in vehicles, come across drivers or passengers with warrants, and approach vehicles with tinted windows.

Three police officers were feloniously killed during traffic stops in 2020, according to data released earlier this year by the National Law Enforcement Officers Memorial Fund.