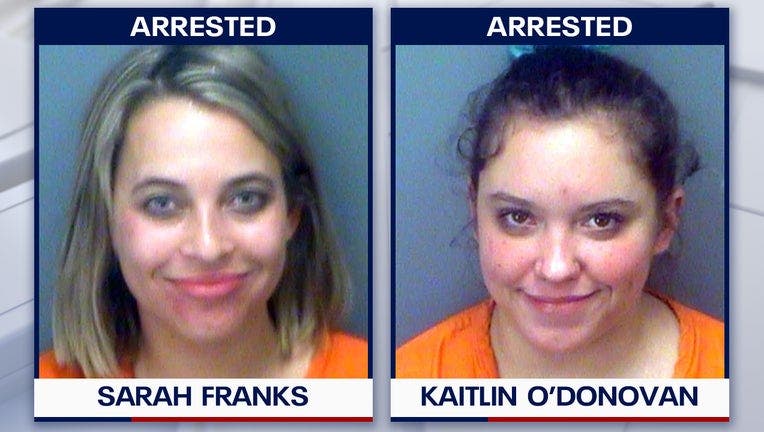 Two Clearwater, Florida, women are facing felony charges of burglary with assault or battery after throwing glitter on a man during an argument, according to local reports.

Pinellas County Sheriff’s Office records show Sarah Franks, 29, and Kaitlin O’Donovan, 27, were arrested Monday on burglary charges and held on $75,000 bond. They have since been released.

The two women were accused of showing up to the victim’s apartment on Monday around 3 a.m., at which point they began to argue with him from his ground-level patio, FOX 13 reported, citing an arrest affidavit.

At that point, Franks and O’Donovan allegedly threw a container of glitter at the victim, hitting his head and torso. Investigators said Franks then jumped over a fence onto the victim’s patio and threw more containers of glitter at him.

O’Donovan, meanwhile, reportedly walked to the front door of the apartment so that Franks could let her in, and they threw more glitter at the man. Franks is also accused of kicking and breaking a lower window in the victim’s apartment, according to FOX 13.

Investigators tracked down their car, which the two women drove to their own apartment, and noted glitter inside the vehicle.