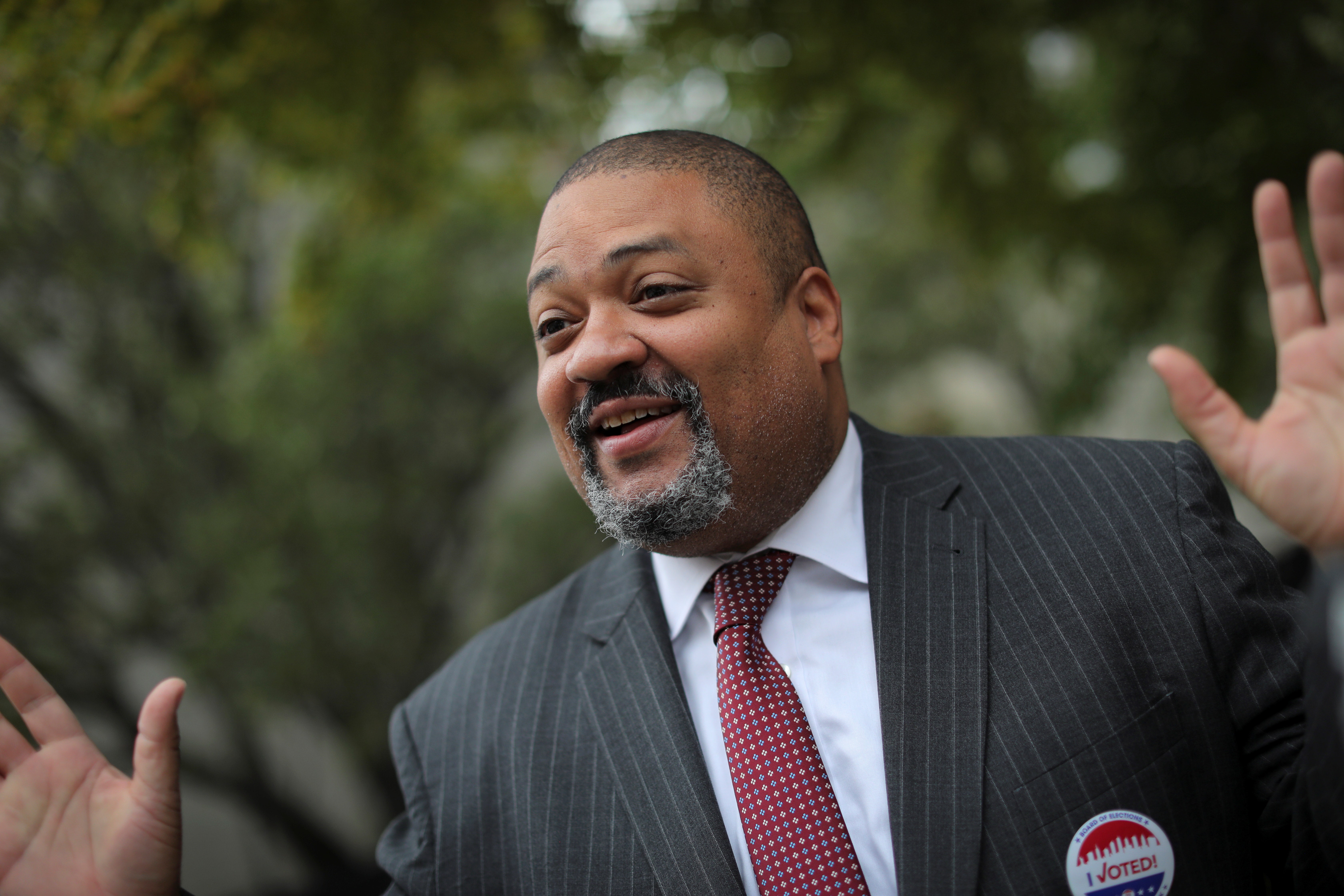 Alvin Bragg released a memo on his third day in office, ordering prosecutors not to seek prison sentences for a slew of crimes and to downgrade charges – including for robberies and commercial burglaries.

Daniel Bibb, who worked as a Manhattan assistant district attorney for 24 years, said he’s never seen an approach like this.

“Imagine you’re a clerk in a bodega and are the victim of a knife point robbery, not only could the guy not go to jail, he could get charged with a misdemeanor,” Bibb told Fox News. “That is the definition of insanity.”

The memo says that the robbery charge should be downgraded to a petit larceny if the brandishing of the weapon “does not create a genuine risk of physical harm.”

The DA also said he will no longer prosecute many crimes – including some trespass offenses, resisting arrest and fare evasion.

“I’m a criminal defense attorney,” Bibb said. “My job is to try to keep people out of jail, but this is basically saying that he’s going to ignore the law. This is absurd on its face.”

In an interview with Fox News, Bragg defended his office’s agenda, which has sparked widespread backlash.

“We’ve laid out a path that is going to reduce incarceration, reduce violent crime, get people services, are neighborhoods safer, get New York City back up on his feet,” he said. “It’s the road forward and the pathway to safety and justice.”

Mark Bederow, who also once worked as a Manhattan prosecutor before switching gears and becoming a criminal defense attorney, disagreed with Bragg’s assessment. He called the prospect of downgrading armed robberies to petit larcenies “the most shocking policy” that could increase lawlessness.

“This will encourage would-be robbers to bring weapons to their crimes as they won’t be punished any worse than if they didn’t bring weapons,” Bederow said.

“Let’s say somebody puts a gun in your face and threatens to blow your brains outs, if the gun is unloaded, presumably there is no ‘genuine risk of physical harm’ which under the memo would appear to be subject to  prosecution as a petit larceny,” the attorney said.

Although the memo does not clarify this, Bragg told Fox News in a statement that, “If you use a gun to rob a store or any armed robbery it will be prosecuted as a felony.” He did not say whether that would also apply to an unloaded or imitation gun.

The new policy recommends that commercial burglaries in certain buildings, like some of the smash and grabs plaguing high-end retailers in many major cities, be downgraded.

“Commercial burglaries will be subjected to a lax standard of prosecution, which hopefully will not encourage criminals to descend upon Manhattan to engage in the flash mob burglaries that have all but destroyed business in San Francisco,” Bederow said.

He also pointed out that the decision not to prosecute turnstile jumping on the subway “in essence turns paying your fare into an honor system.”

Bragg’s memo stresses that his office would only seek jail time for homicides, a class B violent felony in which a deadly weapon causes “serious physical injury,” domestic violence felonies, certain serious sex offenses, public corruption and major economic crimes. He also vows to cap sentences at 20 years even for murder convictions.

The bar for “serious physical injury” under New York law is high. It requires the loss of a limb, a traumatic brain injury or some other permanent disfigurement, Bederow said.

Bragg does say in the memo that these sentencing policies are not set in stone and prosecutors can depart from them in “extraordinary circumstances based on a holistic analysis of the facts.”

An NYPD lieutenant who has worked three decades on the force, mostly in Manhattan, said Bragg is violating his oath by not prosecuting crimes. “You’re not the legislature,” said the officer, whose name has been withheld as he’s not authorized to speak on the record. “If you want to change the laws, go to the legislature.”

He said if a stranger enters your house and walks out with your TV, prosecutors will not ask for jail time. “That would normally be charged as second-degree burglary, a c violent felony, because the law recognizes the sanctity of your home,” he said.

The memo also says that the immigration status of defendants will be considered for sentencing to prevent “immigration consequences.”

“You’re basically creating a whole special class of people who are non-citizens or here illegally, and you’re going treat them more favorably than American citizens,” the lieutenant said.

But his agenda also has many supporters. The Legal Aid Society, which represents indigent defendants in New York, praised the initiatives.

Civil rights lawyer Ron Kuby called it a “sensible policy” and accused people of “dreaming up crazy scenarios to argue against it.”

“This is worth a try because the system we’ve had in place for 50 years has not been successful,” he said. “Look at the Rockefeller Drug Laws that imposed the toughest sentences but did nothing to stop the crack epidemic.”

He said that Bragg is “attacking the entire carceral structure that has been built up at great cost to black and brown lives.”

Putting people in prison at a cost of $450,000 a year per inmate, the attorney said, is not a good strategy.

Kuby added that the public outcry over Bragg’s memo is unwarranted given that he ran for district attorney on this progressive platform. “People are shocked that he’s actually keeping his word, which admittedly is rare for any politician,” he said.

In this respect, Bibb agreed with Kuby.

“The people of Manhattan have spoken,” Bibb said. “They want felons back on the streets.”

Eric Shawn contributed to this report.