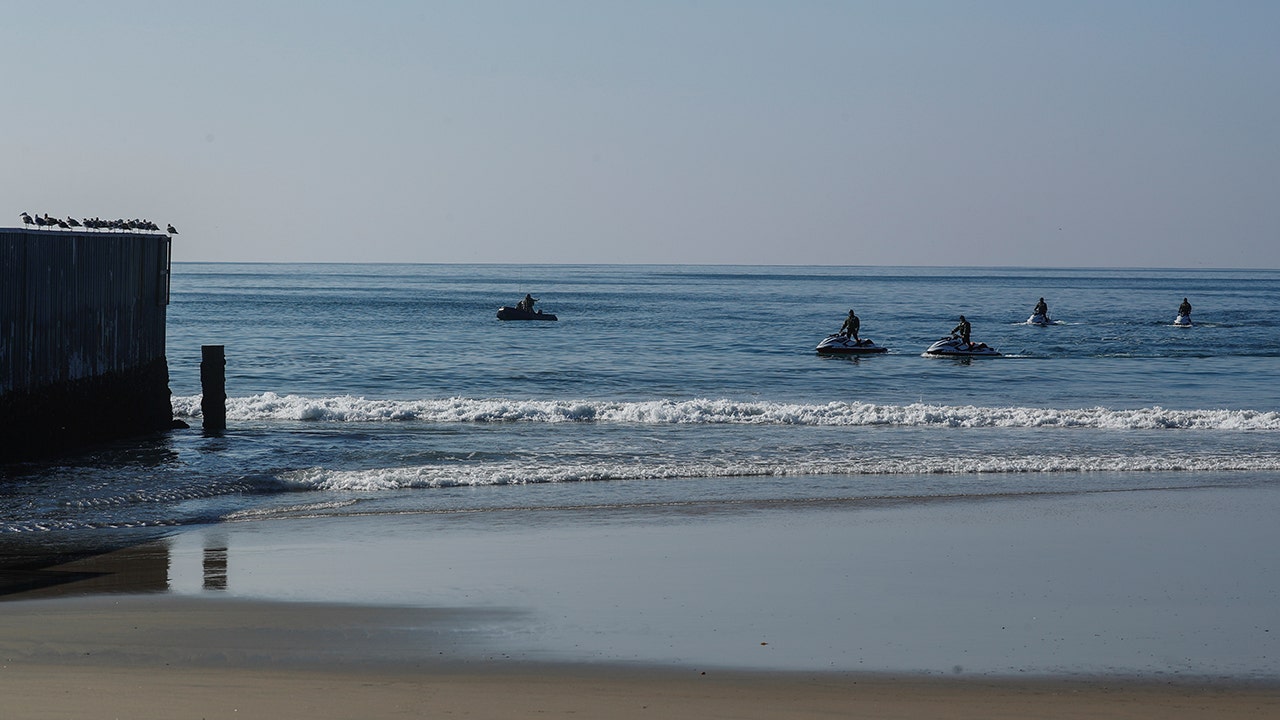 A woman died trying to swim into San Diego’s Border Field State Park from Tijuana on Friday night as about 70 people attempted to cross the international boundary.

US Border Patrol agents were notified shortly before midnight that dozens of people were trying to make their way onto the beach where the border wall enters the water.

As border patrol agents and EMS arrived at the scene, they found an unresponsive woman in the group of swimmers and immediately started performing CPR. She was pronounced dead around 12:30 am

TENS OF THOUSANDS OF MIGRANTS GATHERING ON SOUTHERN BORDER AHEAD OF REMAIN-IN-MEXICO RESTART, SOURCES SAY

A total of 36 Mexican nationals — 25 men and 11 women — were taken into custody, including 13 people who the Coast Guard saved in the water.

The Biden administration’s critics have seized on its handling of the border crisis, as a record-high 1.7 million migrants were apprehended trying to enter the United States in fiscal year 2021.

“The Biden Administration’s catch-and-release policy is not only a national security disaster but a humanitarian disaster — inviting people to make the illegal, dangerous and treacherous journey, as evidenced by this sorrowful tragedy,” Stephen Miller, a former adviser to former President Donald Trump, told Fox News on Sunday.

“Biden’s radical lawlessness has created a never-ending nightmare, one that spreads misery everywhere and enriches the cartels and smugglers as never before.”

A US Customs and Border Protection border patrol agent talks to people on the Mexican side of the border wall at Border Field State Park in San Diego in November 2018. (REUTERS/Chris Wattie)