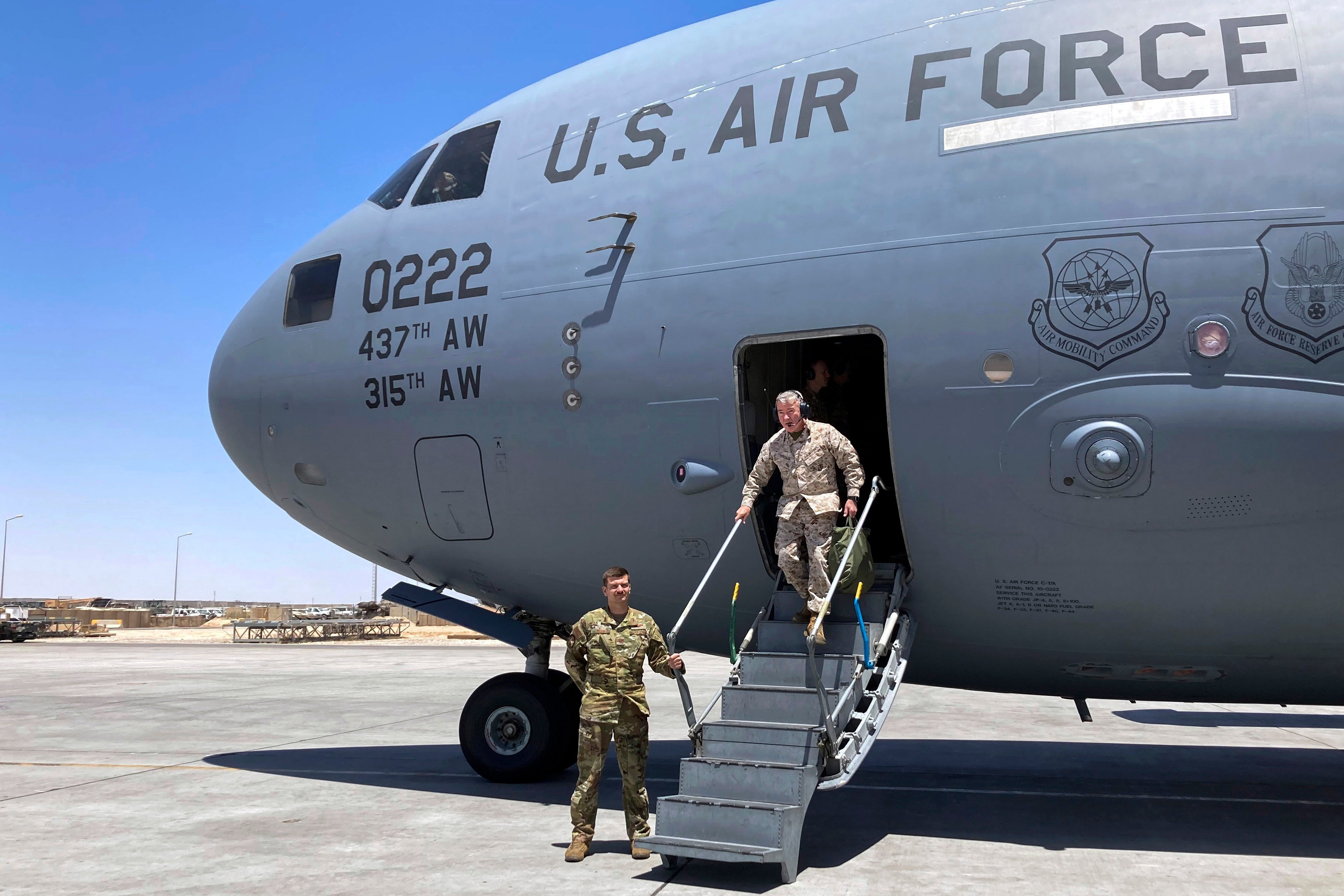 The al-Qaeda extremist group has grown slightly inside Afghanistan since U.S. forces left in late August, and the country’s new Taliban leaders are divided over whether to fulfill their 2020 pledge to break ties with the group, the top U.S. commander in the region said Thursday.

Marine Gen. Frank McKenzie, head of U.S. Central Command, said in an interview with The Associated Press that the departure of U.S. military and intelligence assets from Afghanistan has made it much harder to track al-Qaeda and other extremist groups inside Afghanistan.

“We’re probably at about 1 or 2% of the capabilities we once had to look into Afghanistan,” he said, adding that this makes it “very hard, not impossible” to ensure that neither al-Qaeda nor the Islamic State group’s Afghanistan affiliate can pose a threat to the United States.

Speaking at the Pentagon, McKenzie said it’s clear that al-Qaeda is attempting to rebuild its presence inside Afghanistan, which was the base from which it planned the Sept. 11, 2001, attacks against the United States. He said some militants are coming into the country through its porous borders, but it is hard for the U.S. to track numbers.

The U.S. invasion that followed the Sept. 11 attacks led to a 20-year war that succeeded initially by removing the Taliban from power but ultimately failed. After President Joe Biden announced in April that he was withdrawing completely from Afghanistan, the Taliban systematically overpowered Afghan government defenses and seized Kabul, the capital, in August.

McKenzie and other senior U.S. military and national security officials had said before the U.S. withdrawal that it would complicate efforts to keep a lid on the al-Qaeda threat, in part because of the loss of on-the-ground intelligence information and the absence of a U.S.-friendly government in Kabul. The U.S. says it will rely on airstrikes from drones and other aircraft based beyond Afghanistan’s borders to respond to any extremist threats against the U.S. homeland.

McKenzie said no such strikes have been conducted since the U.S. completed its withdrawal from Afghanistan on Aug. 30. He added that America’s ability to conduct such strikes is based on the availability of intelligence, overhead imagery and other information and communications, “and that architecture is still being developed right now.”

Al-Qaeda is among numerous extremist groups inside Afghanistan. After 2001, it lost most of its numbers and its ability to directly threaten U.S. territory, but McKenzie said it retains “an aspirational desire” to attack the United States. During their first period of rule in Kabul, from 1996 to 2001, the Taliban gave haven to al-Qaeda and refused Washington’s demand after 9/11 to expel the group and turn over its leader, Osama bin Laden. The Taliban and al-Qaeda have maintained ties ever since.

“So we’re still trying to sort out exactly how the Taliban is going to proceed against them, and I think over the month or two it’ll become a little more apparent to us,” he said.

BIDEN TOLD TEAM TO ‘BE PREPARED’ FOR FAILED NUCLEAR TALKS WITH IRAN: PSAKI

Similarly, McKenzie said it’s not yet clear how strongly Taliban will go after the Islamic State group, also known as ISIS, which has violently attacked the Taliban across the country. The United States blamed ISIS for an Aug. 26 suicide bombing at Kabul airport that killed 13 American service members and at least 169 Afghan civilians in the final days of the U.S. evacuation.

A boy pushes a wheelbarrow with canisters and his younger brother, on their way to collect water from a stagnant pool, about 3 kilometers (2 miles) from their home in Kamar Kalagh village outside Herat, Afghanistan, Friday, Nov. 26, 2021. Afghanistan’s drought, its worst in decades, is now entering its second year, exacerbated by climate change. (AP Photo/Petros Giannakouris)

ISIS was “reinvigorated,” McKenzie said, by the release of numerous ISIS fighters from Afghan prisons in mid-August. He said both ISIS and al-Qaida are recruiting from inside and outside Afghanistan.

“So certainly we should expect a resurgent ISIS. It would be very surprising if that weren’t the case,” he said, adding, “It remains to be seen that the Taliban are going to be able to take effective action against them.”

He called al-Qaeda a more difficult problem for the Taliban because of their longstanding ties.

“So I think there are internal arguments inside the Taliban about the way forward,” he said. “What we would like to see from the Taliban would be a strong position against al-Qaeda,” which they promised as part of the February 2020 Doha agreement that committed the United States to fully withdrawing from Afghanistan. “But I don’t believe that’s yet been fully realized.”

McKenzie declined to provide an estimate of the number of al-Qaeda operatives inside Afghanistan.

“I think it’s probably slightly increased,” he said. “There’s a presence. We thought it was down pretty small, you know, toward the end of the conflict. I think some people have probably come back in. But it’s one of the things we look at, but I wouldn’t be confident giving you a number right now.”

Source link General: US at ‘1 or 2%’ of capability it previously had to track al-Qaeda in Afghanistan