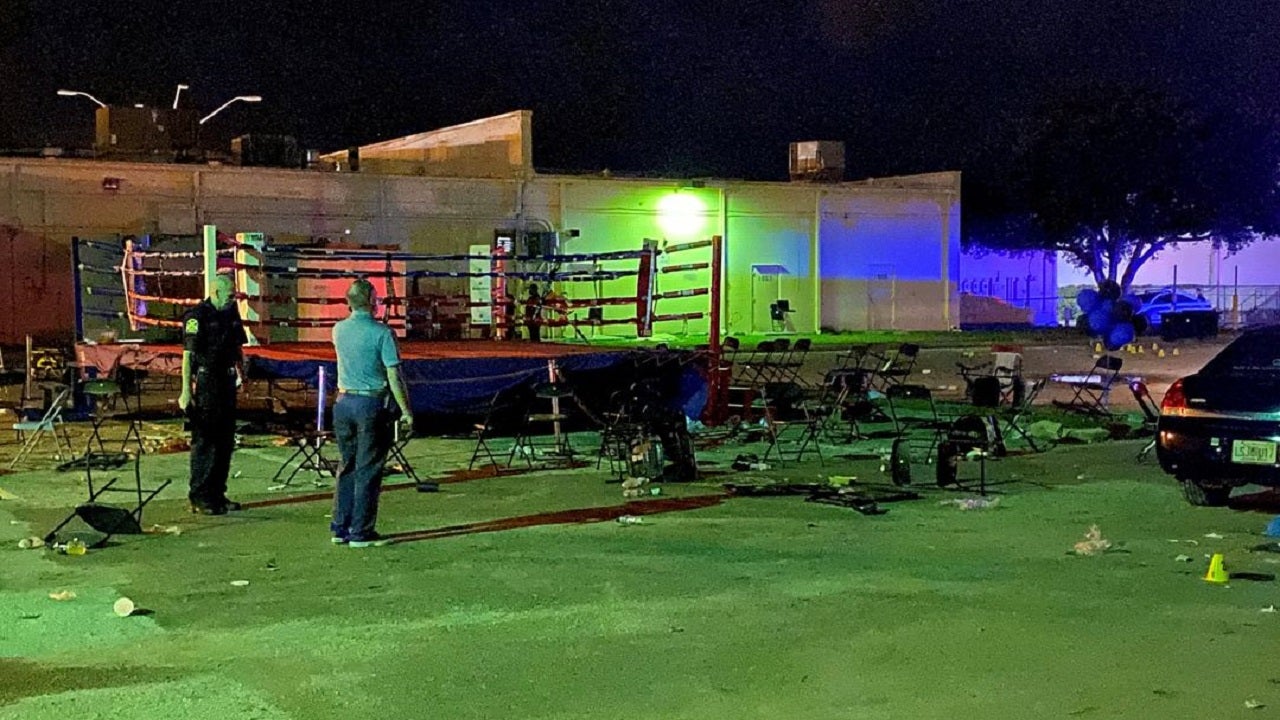 Dozens of people were the wounded in Halloween weekend mass shootings nationwide, with at least 12 people killed on Saturday and Sunday, statistics show.

GVA defines a mass shooting as being any in which four or more people are shot and killed.

Illinois reportedly had the highest number of casualties, with 20 people wounded and two people killed in two separate mass shootings, according to GVA statistics.

Most recently, two people were killed and “over a dozen” were injured in an overnight shooting at a suburban Chicago Halloween party, authorities said Sunday.

A patrol sergeant heard roughly a dozen gunshots after 12:30 am in Joliet, which is about 45 miles southwest of Chicago, according to the Will County Sheriff’s Office. The sergeant went to a home and found more than 100 people fleeing a party.

Police estimated about 200 people attended a Halloween party at the home and the shooting occurred outside near a DJ booth set up in the backyard.

Authorities said it appeared the shooting happened from “an elevated position on a porch looking down over the crowd.”

Witnesses told police they believed there were two shooters.

Four of the surviving victims were seriously injured.

Around that same time, four people were shot at a home in Flossmoor, Illinois, approximately 20 miles away, local news station WMAQ-TV reported. Additional information was not available.

Separate from Sunday’s shootings, four people were wounded when shots rang out early Saturday morning at a house party in the city of Decatur.

The Herald-Review cited Decatur Police Department Sgt. Chris Copeland in reporting that four people, ages 29, 32, 35 and 38 were wounded in the shooting at about 3:30 am The youngest of the victims was critically injured, according to the report.

More than 100 revelers were reportedly at the home at the time, and investigators believe multiple people fired their weapons.

Twelve people were wounded and two were killed in a pair of shootings in Texas on Saturday and Sunday.

In Houston, an 18-year-old woman was killed and three teens were injured early Sunday when a fight broke out at a party at about 12:50 am, officials said. Houston Police Assistant Chief Yasar Bashir said several people started shooting at the back of the house and on the street.

Bashir said the 18-year-old woman died at the scene. Houston Police Lt. Emanuel Pavel said the three teens who were wounded showed up later at hospitals to be treated for gunshot wounds.

Across the state in Texarkana, one person was killed and nine others were wounded at another Halloween party late Saturday.

Around 200 people were at the party at an event center when gunfire erupted, police said. The 10 people who were shot to two hospitals for treatment, either by ambulance, police unit or private vehicle, police said.

A 20-year-old man was pronounced dead at a hospital. Police said the injuries of the other nine didn’t appear to be life-threatening.

The suspected shooter, Keuntae McElroy, 21, of Texarkana, Arkansas, turned himself in late Sunday morning. Police say McElroy was booked into jail on one count of felony aggravated assault and additional charges are expected Monday.

Texarkana is located on the Texas-Arkansas border, about 180 miles east of Dallas.

Three people were killed and eight others were injured in two mass shootings on Saturday in California, GVA statistics show.

One person died and three others were injured during a shooting at a city councilmember’s home in Gilroy, in Northern California, just before 1 am Saturday.

Police were called after violence broke out during a large outdoor party at the home of Gilroy City Councilmember Rebeca Armendariz, about 80 south of San Francisco.

At least one suspect fired a gun, authorities said. It was not immediately clear if Calderon had an attorney who could speak on his behalf.

One male was pronounced dead of his gunshot wounds at the scene and three others were injured. Two of them were believed to have suffered life-threatening wounds. The victims’ ages range from 17 to 19 years, authorities said.

The suspected gunman, 19-year-old Benjamin David Calderon, was arrested in connection with the homicide.

Armendariz told The San Francisco Chronicle in a statement on Saturday that she was unable to share details because of the active police investigation. She said in the statement that she and her family are cooperating with police.

“I am thankful that my family and I … were not hurt in this tragedy, and I pray for those whose loved ones have been touched by what has occurred,” she said.

Five people were hurt and two were killed at a party roughly 145 miles away in Sacramento, the local sheriff’s office said.

Deputies with the Sacramento County Sheriff’s Department were called just before 1 a.m. Saturday for a report of a shooting at “a party at a business with hundreds of people in attendance,” authorities said.

One person was killed and four others were wounded at an “outdoor boxing event” in St. Petersburg on Saturday, the police department wrote on Facebook.

Police were called at about 8:15 pm to the Skyway Plaza, where there “was a temporary outdoor boxing ring setup in the back parking lot,” police said.

Authorities said “several shots were fired” after a dispute between two groups of people. An estimated 200 people were present at the time.

Trevon Montrell Barton, 21, was hastened to an area hospital for his injuries but could not be saved. The other four victims were two men and two women.

Robert Lee Cooley, 21, was charged with discharge of firearm in public and carrying a concealed firearm, police said. The investigation is ongoing.

Colorado news station 9 News reported four people were wounded, including two who died, following a shooting at about 12:30 am Sunday. The victims were shot while in a parking lot on West Alameda Avenue in Lakewood, the report states.

Additional details regarding the shooting were not immediately available.

Two people were shot and two others were killed following an argument at a Louisville Circle K gas station early Sunday, local news station WDRB-TV reported. All four male victims were in their 20s.

The victims’ identities were not revealed, and information regarding any suspects was not provided.

Four people were expected to survive following a shooting in Oklahoma City around 1 am Saturday, local KFOR-TV reported.