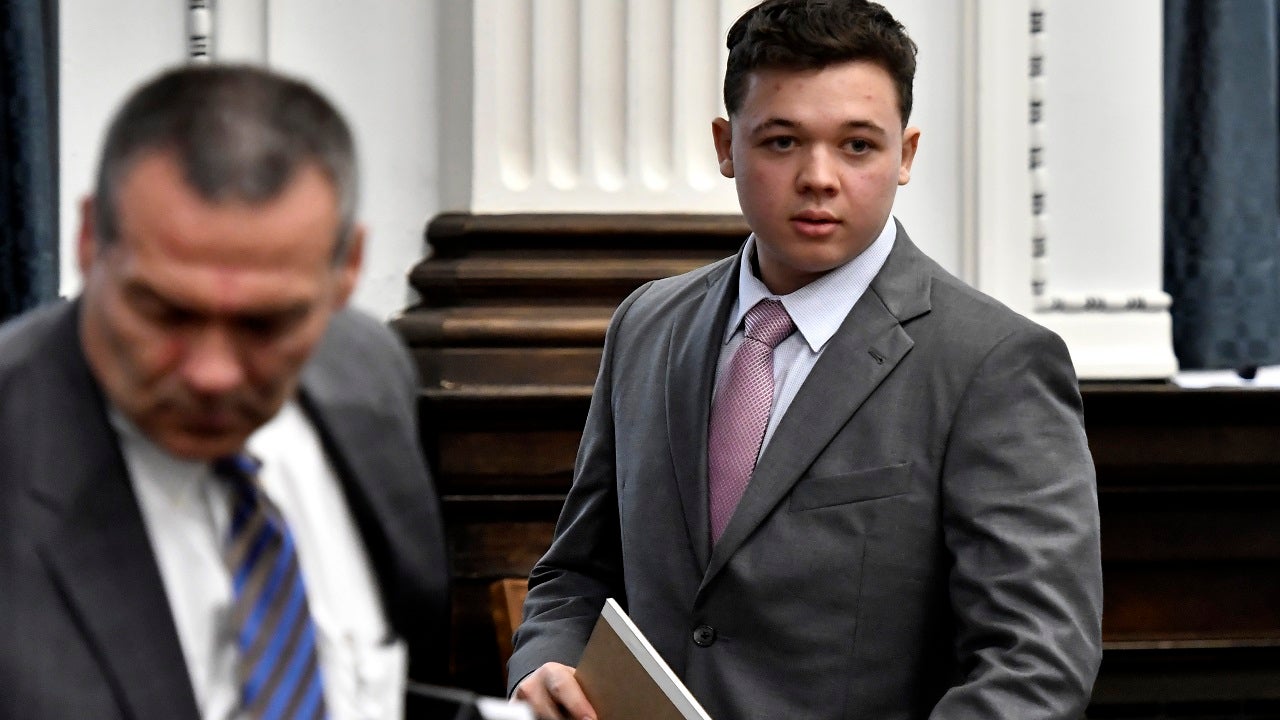 A jury has been seated and opening statements are set to begin Tuesday morning in the trial of Kyle Rittenhouse, the Illinois man accused of shooting and killing two people and wounding a third during protests last year in Kenosha, Wisconsin.

After an all-day session that lasted roughly 12 hours, 20 people were selected – 12 jurors and eight alternates.

The pool of 20 consists of 11 women and nine men, but the racial makeup of the jury was not immediately clear.

Kyle Rittenhouse walks into court for the start of jury selection on the first day of his trial in Kenosha, Wis., Circuit Court, Monday Nov. 1, 2021. Rittenhouse is accused of killing two people and wounding a third during a protest over police brutality in Kenosha, last year. (Sean Krajacic/The Kenosha News via AP, Pool)

One of the jurors is a special education teacher who recognized how polarizing the case is for the country.

“I figure either way this goes you’re going to have half the country upset with you and they react poorly,” she said.

At least two of the jurors own guns, with one of them saying it is for “home defense.”

About a dozen jurors were struck from the pool because they said they had doubts that they could be fair in the case.

One of the dismissed jurors was a woman who said she watched a livestream of the events and couldn’t be fair, while another woman struck from the pool said she believes in the Biblical commandment, “Thou shall not kill.”

Rittenhouse, who was 17 at the time of the shootings, faces two homicide counts and one count of attempted homicide, as well as charges of reckless endangering and illegal possession of a dangerous weapon by a person under 18.

He traveled to Kenosha, which is about 15 miles from his home in Illinois, amid protests over the police shooting of Jacob Blake, a Black man.

Video from the night of the shootings show Rittenhosue with an AR-15-style rifle. He shot and killed Joseph Rosenbaum after the 36-year-old chased Rittenhouse across a parking lot.

Moments later, Rittenhouse shot and killed Anthony Huber, 26, and shot and wounded Gaige Grosskreutz, 27, who were both protesters.

Circuit Court Judge Bruce Schroeder addresses the jury pool at the start of jury selection on the first day of trial for Kyle Rittenhouse in Kenosha Circuit Court Monday Nov. 1, 2021. Rittenhouse is accused of killing two people and wounding a third during a protest over police brutality in Kenosha last year.
(Sean Krajacic/The Kenosha News via AP, Pool)

Circuit Judge Bruce Schroeder stressed to the group of prospective jurors that this “is not a political trial.”

“It was mentioned by both political campaigns and the presidential campaign last year, in some instances very, very imprudently,” the judge told the prospective jurors.

Opening statements are set for Tuesday morning, and the trial is expected to last two to three weeks.