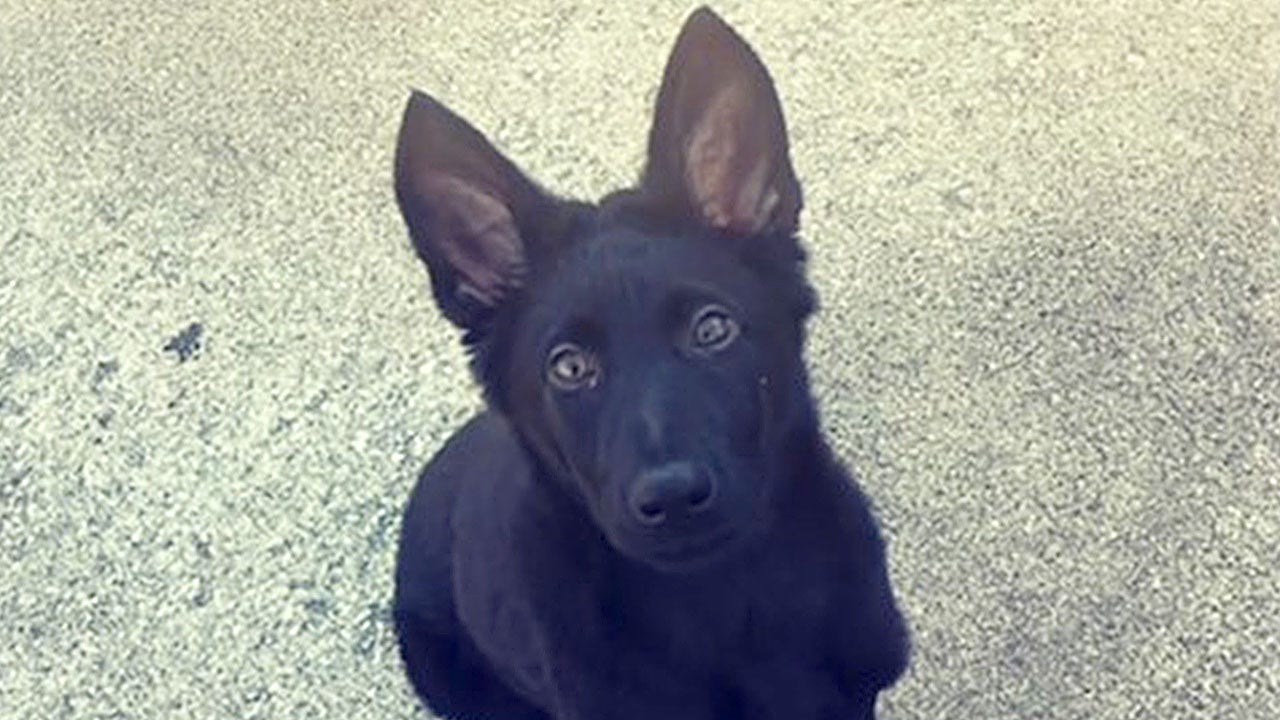 A 3-month-old puppy belonging to a Kansas police officer was shot and beheaded in what investigators said was a targeted attack because of the owner’s career in law enforcement.

The officer with the Parsons Police Department was off-duty when she reported on Dec. 3 that her German Shepherd puppy, named Ranger, had been killed, authorities said this week.

“I cannot even describe my feelings of disdain for the person(s) responsible. I am an avid dog lover as I have made it clear to the community over the years that I have been here, I have 2 rescue dogs, one that I adopted from our local shelter,” Parsons Police Chief Robert Spinks said in a statement. “The level of cowardice that would lead someone to kill a little puppy named ‘Ranger’ is astonishing.”

Ranger, a German shepherd belonging to a Kansas police officer, was beheaded in a targeted attack, authorities said.
(Parsons Police)

The puppy was let into a fenced backyard around 7 a.m. and later found at 2 p.m. lying dead in the yard with its head severed.

“It appears that Ranger was removed from the backyard by the suspects and taken to another location where he was probably shot in the head,” a police statement said. “It’s head was then sliced off.”

The dog’s decapitated body and head were then brought back to the yard, police said. Investigators believe the dog was targeted because its owner is a police officer.

“If someone is willing to mutilate an innocent puppy due to the very nature of the owner’s career, then it is possible that the suspect is willing to go even farther and attack innocent children or family members to make a statement,” the police statement said.

Fox News has reached to the police department.

“Our officers are attacked, hit, kicked, bit, scratched, called every name in the book and even spit on, as a part of our job, but this kind of senseless attack on a puppy at the home of an officer can’t be tolerated,” he said.

Authorities initially offered a $1,000 reward for information leading to an arrest and conviction. That ballooned up to $4,000 after incoming donations from residents.

Those responsible could face felony animal cruelty and trespassing charges.