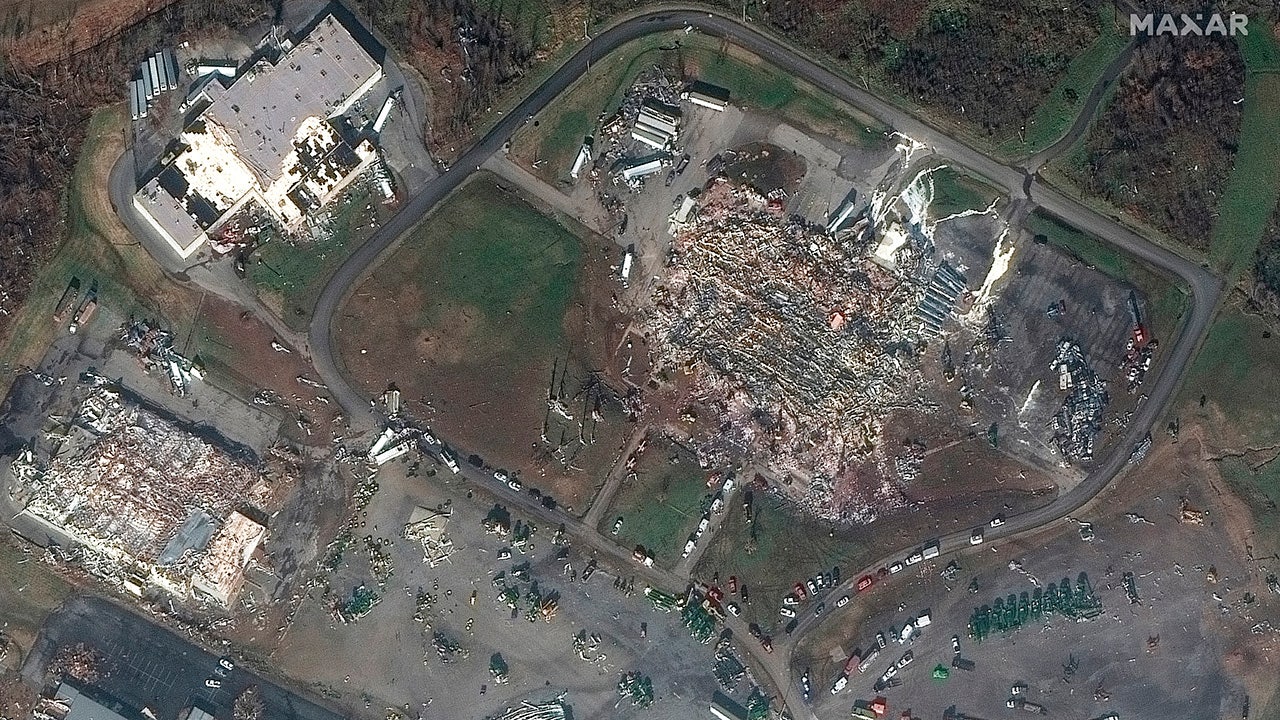 About one hundred people are presumed dead or missing after four tornadoes hit Kentucky on Saturday. Fox News host Trey Gowdy spoke with one factory owner about the conditions on the ground.

“Fortunately, FEMA has still declared this a rescue mission. They’re the experts in this situation, and that gives us all hope because, the people of this town and myself, we’re in uncharted waters, Trey. And that is good news for us,” Propes said. “We have 110 people that worked the second shift the other night, making candles for some of the largest brands. This tornado came through with a force that was described in the earlier segment. It totally devastated this community.”

It was reported that the candle factory was operating “24/7” to meet demands for the Christmas holiday before the tornado struck the area. Although the bad weather was known to the employees, the intensity of the tornado took the community by surprise. Propes complimented his management team for properly handling the situation as best as they could.

On Sunday, the candle company said at least eight people were confirmed dead and eight remained missing, according to the Associated Press. More than 90 others have been located, the company added.

“While we mourn the loss of the eight that we know of, we celebrate every time that we know that other number has gone down. We appreciate the awareness that you bring to our community because it needs help. It needs the ability to thrive again, and we can’t do that without everyone’s prayers and everyone’s support,” Propes said. CLICK HERE FOR MORE ON OUR TOP STORY.

Fauci made the statement on Sunday morning and said that the level of protection that the current coronavirus booster shots give to individuals will have to be monitored closely over the next several months.

“If it becomes necessary to get yet another boost, then we’ll just have to deal with it when that occurs,” Fauci said.

Fauci said he is “hoping” that a third mRNA shot will give longer-lasting protection.

“I’m hoping from an immunological standpoint that that third shot of an mRNA and the second shot of a J&J will give a much greater durability of protection than just the six months or so that we’re seeing right now,” he added.

Fauci noted that it’s possible that the booster shot could “dramatically” increase the level of protection. CLICK HERE TO READ MORE.

In other developments
– ‘SNL’ cold open shows Fauci dispelling coronavirus myths — with help from Cuomos, Ted Cruz
– Dem governor declares COVID-19 emergency ‘over,’ says it’s ‘their own darn fault’ if unvaccinated get sick
– Vaccinated people no longer have to follow lockdown restrictions in Austria
– De Blasio says NYC is ‘thriving’ and is ‘much safer’ since pandemic

Vincent Abolafia and his girlfriend Kaileigh Catalano intended to board a 3:11 p.m. train from Ronkonkoma to Manhattan on Dec. 9, the Suffolk County Police Department said Sunday evening. They may have visited Times Square, at the heart of New York City.

Both of them are from Manorville, according to authorities. That’s about a 30-minute drive east of the train station in Ronkonkoma, which itself is about 1 hour and 20 minutes by train from Penn Station in Manhattan.

Both teens were wearing all black when a classmate dropped them off at the station, and they may have changed their hairstyle and color, according to Kaileigh’s mom, Ehrin Catalano.

The teens were both reported missing later in the evening on Dec. 9. They have never run away before, according to their parents.

“This definitely blindsided me,” Kaileigh’s dad, Joe Catalano, said Sunday. “My daughter’s a varsity cheerleader. She’s a good kid. I don’t know what possessed them to do this.” CLICK HERE TO READ MORE.

THE LATEST FROM FOX BUSINESS:
– Peloton gets last laugh with clever new Mr. Big ad featuring a familiar voice
– Owner of private-equity firm backed by Coors is accused of misusing funds
– Uber, Lyft drivers want more protection as rising crime keeps many off the roads
– San Francisco’s vaunted tolerance dims amid brazen crimes
– Oil rises on optimism Omicron impact will be limited on fuel demand
– Inflation riding high as we roll into one of the last weeks of the year: What to know

Fox News’ Trey Gowdy on Sunday evening suggested President Biden should “switch parties” to experience what “nonstop negative press looks like” if he’s unsatisfied with the current media coverage of his administration.

Fox News First was compiled by Fox News’ David Aaro. Thank you for making us your first choice in the morning! We’ll see you in your inbox first thing Tuesday.