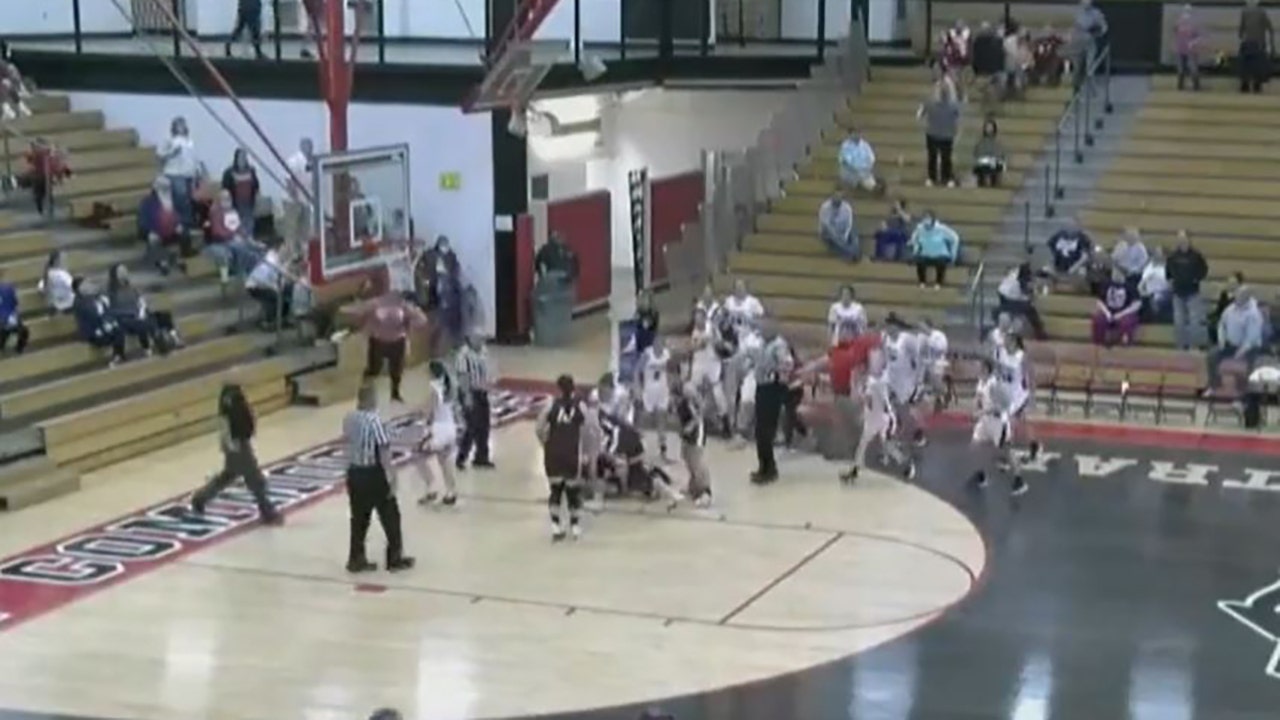 Brent Lynch, the sheriff of Owsley County, Kentucky, is accused of hitting a teenage girl in the face during a high school basketball game earlier this month after a fight broke out between players, a report said.

Video of the altercation was obtained by Lex18.com, and showed a fight breaking out during a girls’ basketball game between Perry County and Owsley County.

Some of the players were exchanging punches and coaches intervened. One man could be seen sprinting from the other side of the court to enter the fray and is pulled out by other adults and appears to be scolded. Two players were ejected.

Video emerged that showed a fight break out during a girls’ basketball game between Perry County and Owsley County. (Perry County Central Athletics)

Lynch, who is 47, is an assistant coach for Owsley County lady Owls. The sheriff’s department refused to comment when reached by Fox News. He is accused of rushing the floor and striking a player on the opposing team while breaking up the fight. He was charged with fourth-degree assault and arrested by his own deputies on Thursday.

Owsley County Schools Superintendent Tim Bobrowski told news outlets Lynch has been suspended for one game and both teams have suspended four student-athletes for two games.

The Associated Press said it is not clear if Lynch has an attorney. The Lex 18 report said the county executive said what allegedly occurred is “out of character” with the man he knows.